A few weeks back, the Husband and I went off on a child-free trip to Stratford-Upon-Avon so I could do some research for some writing work (children and small tea rooms absolutely do not mix –  think of the china! Think of the noise! Think of the spillages!), and after a slight detour to London (don’t ask, just – don’t ask) we arrived in Stratford in all it’s snowy glory. 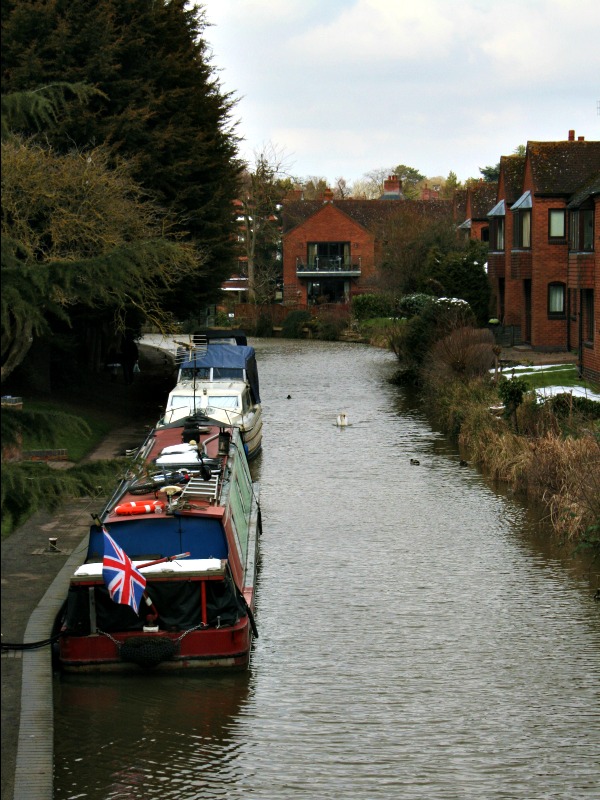 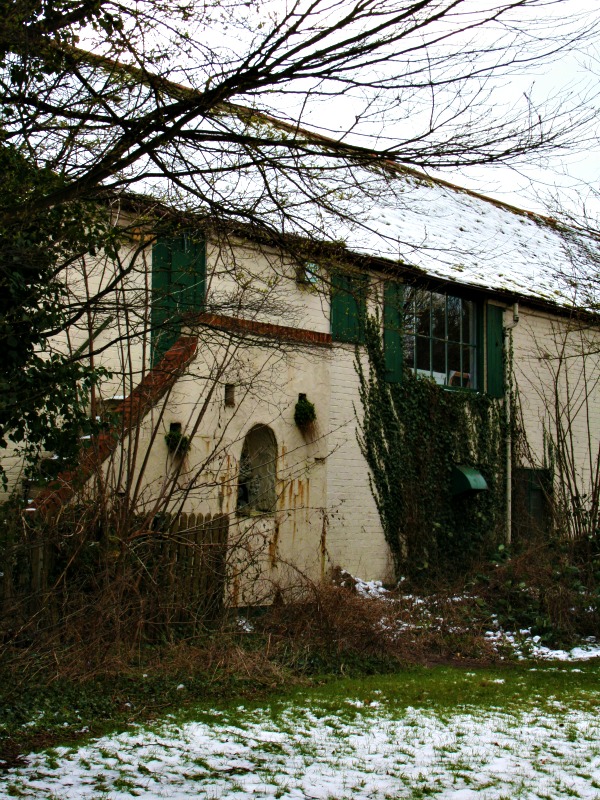 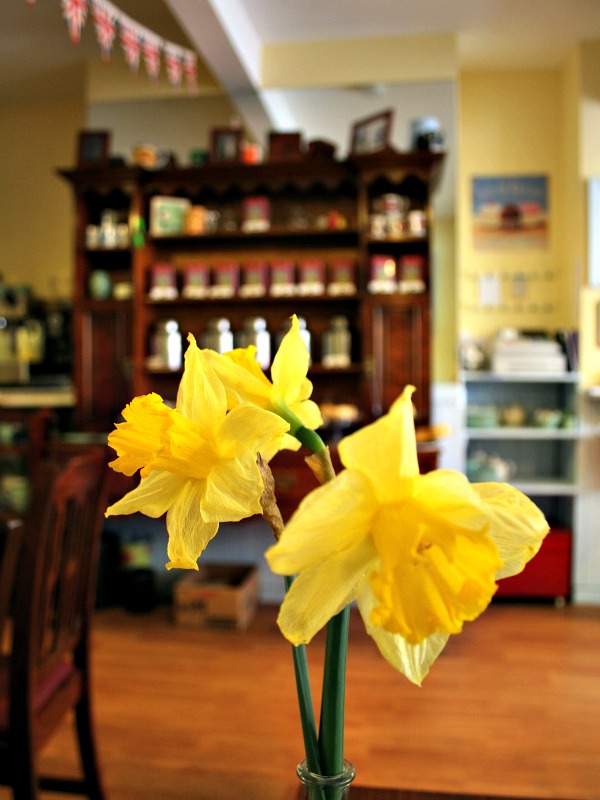 Stratford-Upon-Avon is famous for it’s connections to William Shakespeare, but I think it should be more well known for the overwhelming amount of junk shops, charity shops and antique stores. I had my big camera with me but ended up taking more photographs on my phone, and then uploading a few to Instagram. Junk-tastic! 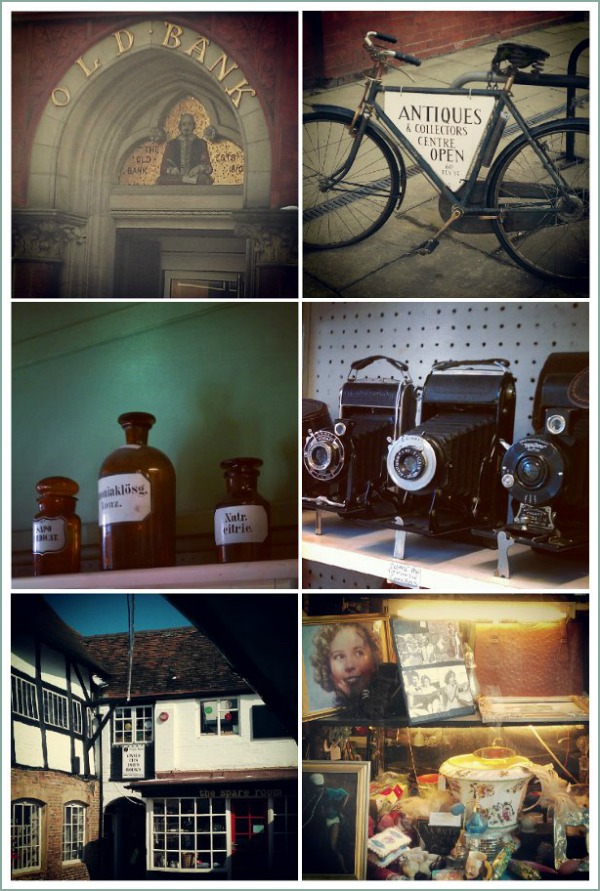 As much as I like a good rummage, the word ‘antique’ comes with a pretty hefty price tag, so when I found some vintage tray covers in a vintage market, I was pretty pleased. I was even more pleased that they were only 50p each. Bargain! 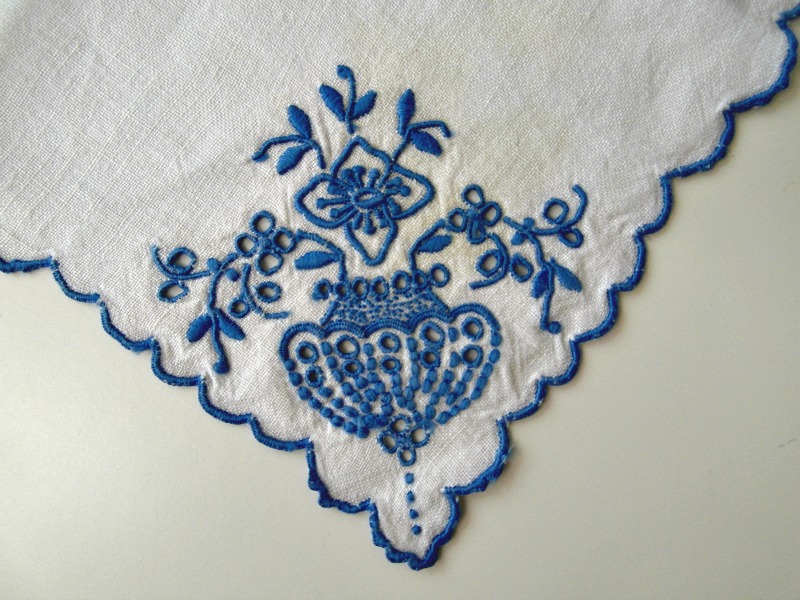 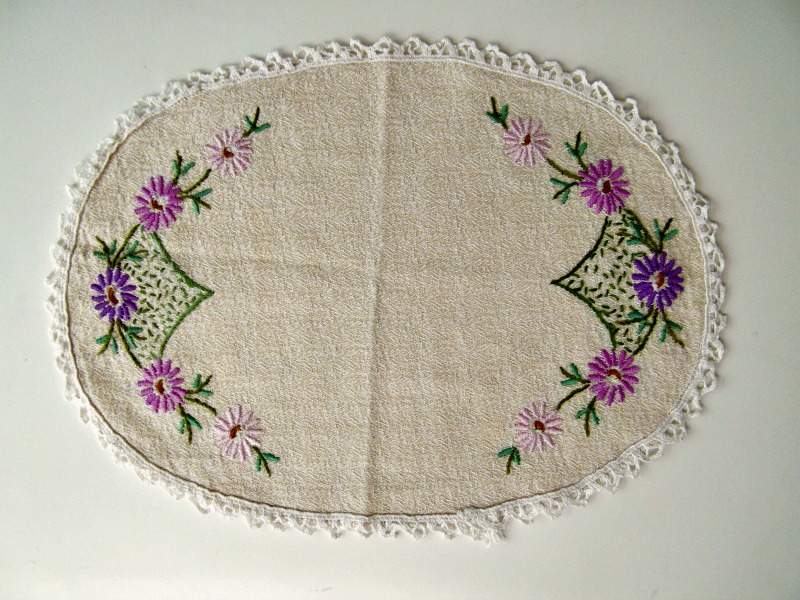 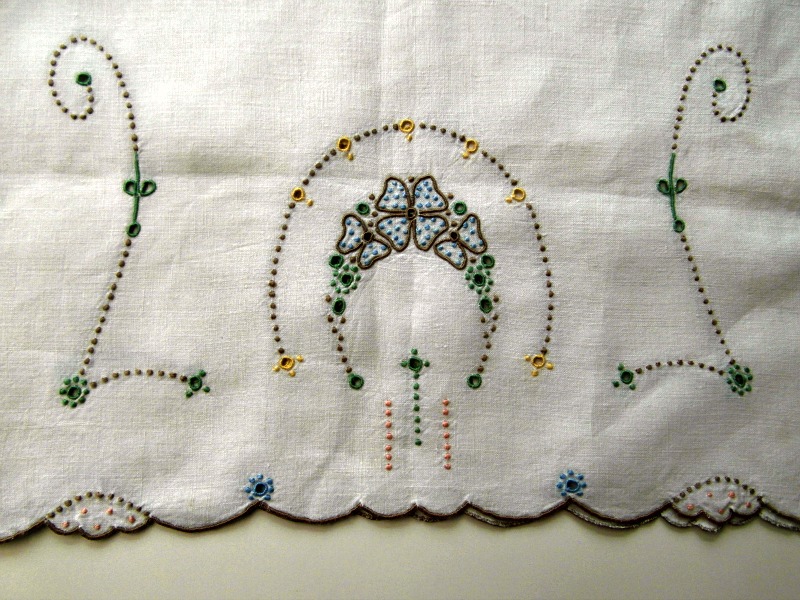 I haven’t decided yet what I’m going to do with them, but I’m pretty sure it’s going to involve a bit more embroidery, maybe some cross stitch and a frame or something. Either way, they’re probably going to end up on the wall!
A wander into a local Oxfam turned up the Find-of-the-Day (or possibly even year) – the worlds best coffee pot ever, in the entire history of coffee pots: 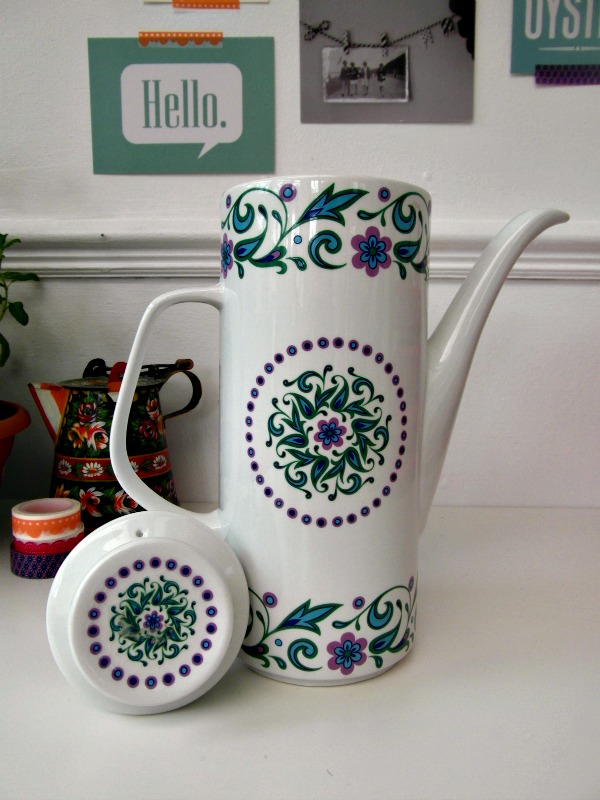 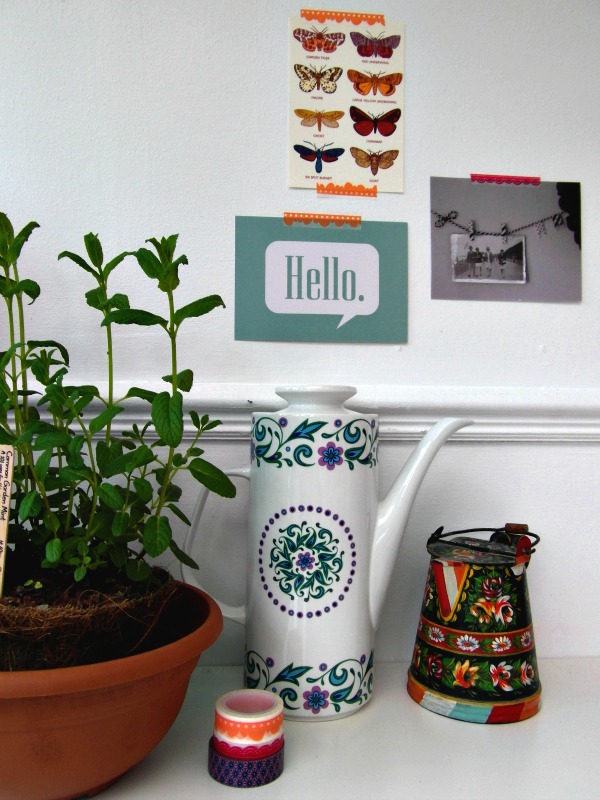 Isn’t it a beaut?! I have no idea what era it’s from, all I know is that there’s teal and florals – and it would have been criminal to leave it behind! It was a bit more than I’m used to paying for china in charity shops at £5, but I still think it was a complete bargain given how stunningly bee-yoo-tiful it is.

As usual I’m linking up with Liz and all the other fabulous Magpies over at Magpie Monday for some thrifty delights.