If you follow me on Instagram, you’ll probably have seen bits and pieces of our home, but apart from that, I’ve never really featured it much here on the blog. I’ve shown some of our conservatory, and the lounge at Christmas, but to be honest, it’s pretty much always a work in progress – two children, jobs, family, and more recently, the beautiful weather mean that nothing ever really gets finished. So when the lovely people at Money Supermarket asked if I’d like to take up their makeover challenge, I decided that I couldn’t put off the inevitable any longer, and committed to finishing the *shudder* kitchen.

Being someone who is only just about competent in the kitchen, this is the one room that really doesn’t interest me. I go in there because I have to, so it sort of became the room that I just ignored. To make matters worse, it’s teeny tiny (you can touch either side of the worktop with both hands), and north facing, which means that it gets hardly any light – so any type of curtain makes it seem like it’s the middle of the night, even on a bright, sunny day. And on top of all that, the front door opens directly into it, so it actually ends up being a mixture of a shoe-based dumping ground and a collection of madly patterned china. When we moved in, it had the worst artex all over the walls, was painted a bizarre dirty beige colour, and had scuffed, torn lino – given that it was rented, we never really wanted to spend a fortune, but there was only so much that I could put up with. We started by replacing the flooring with tiles, which was fairly cheap, and worked out at about £30, and then just came to a standstill, until Money Supermarket gave me the nudge I needed to actually get things finished. 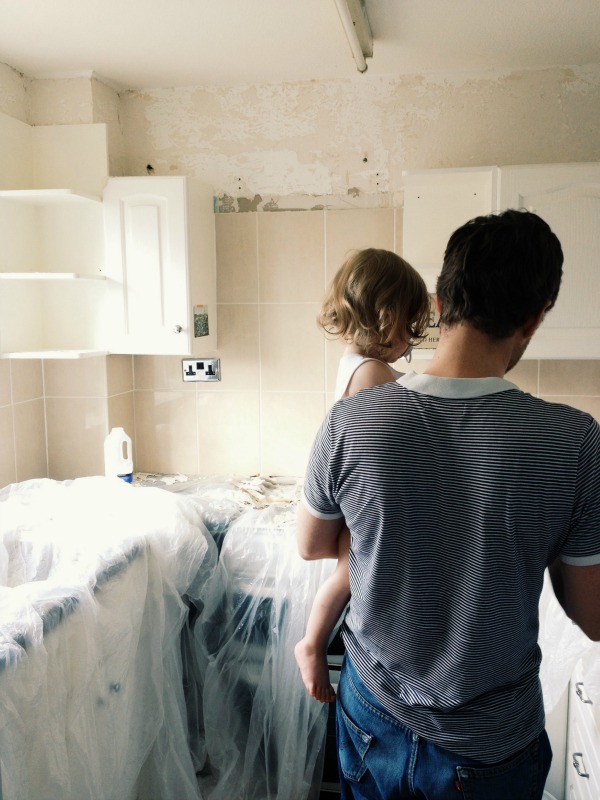 The only photo I could find of it before was the one above – we decided to strip the artex away completely, and re-plaster it ourselves (a builder quoted us £250 to do the kitchen and the bathroom, as it was in there too, but we’re tight skint on a budget), and this was taken when we were halfway through ripping the walls apart. Money Supermarket gave us £50 to spend to finish off the kitchen, which transformed our dark, dull, 1980’s-esque kitchen into this: 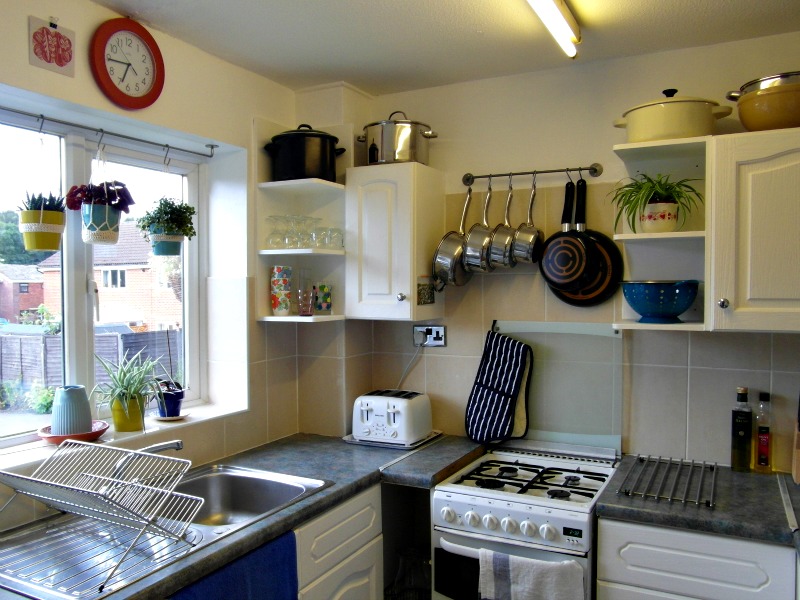 It’s light, it’s bright and it’s a nice mixture of modern and rustic, which is exactly what we were going for. We started by finishing the walls, which the Husband cost about £15 in plaster, and then painted them with paint we had leftover from doing the rest of the house. We took the doors off of some of the cupboards (you can’t actually see those – it’s on the opposite wall, and is the darkest part of the kitchen which makes it impossible to photograph) and used the space to store cookbooks, jars of pasta, plates and bowls, which made the space on the worktop more manageable. We used £8 to buy some new plates and bowls from IKEA, as our old ones were looking pretty sad, and mixed them in with the vintage printed crockery which broke up some of the patterns. 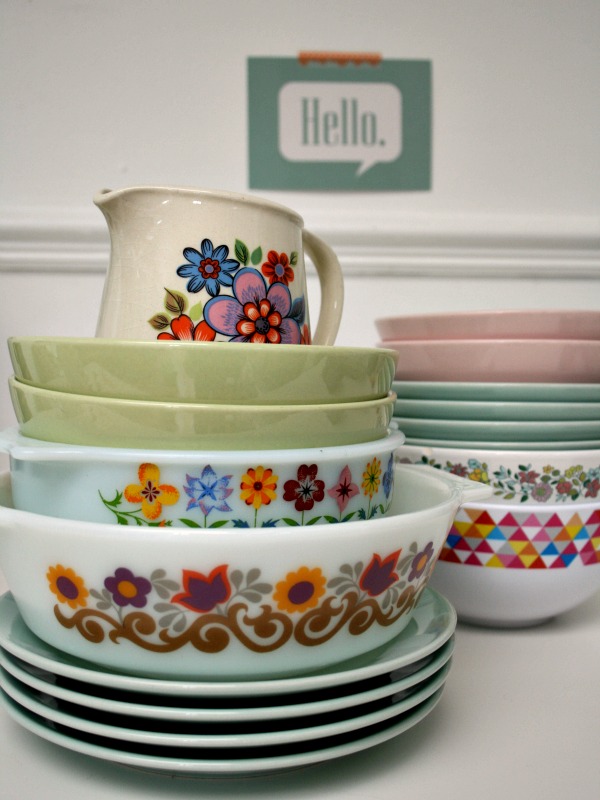 I honestly think nothing brightens up a room better than plants – I’ve fallen in love with my garden this year, and suddenly plants seem to be popping up in every room of the house as well, so it was inevitable that the kitchen would end up with some during its makeover. The cactus and blue glass bottle pictured below actually came from the bathroom, and the plants in the window came from IKEA, and were £3.50 each. A few months back, I saw the idea of hanging plants in a window on Pinterest, and I was sold on it straight away – it’s the perfect way to decorate our window, without losing any light. I already had the pots (until last week they were full of marigolds that had seen better days), and I crocheted the hangers myself from my own pattern. The rail is also from IKEA, and was £2.00 – we tried drilling into the wall, but it was lined with metal, so we stuck it up with some No More Nails, shhh! 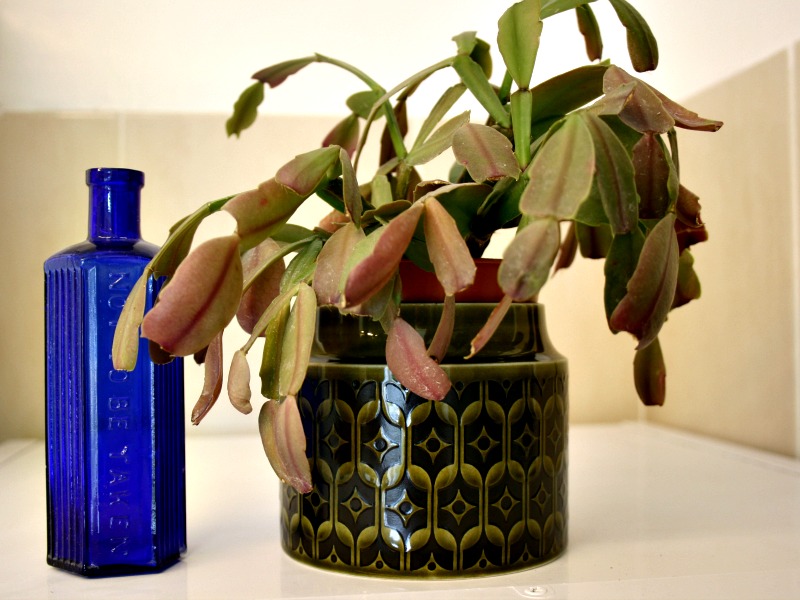 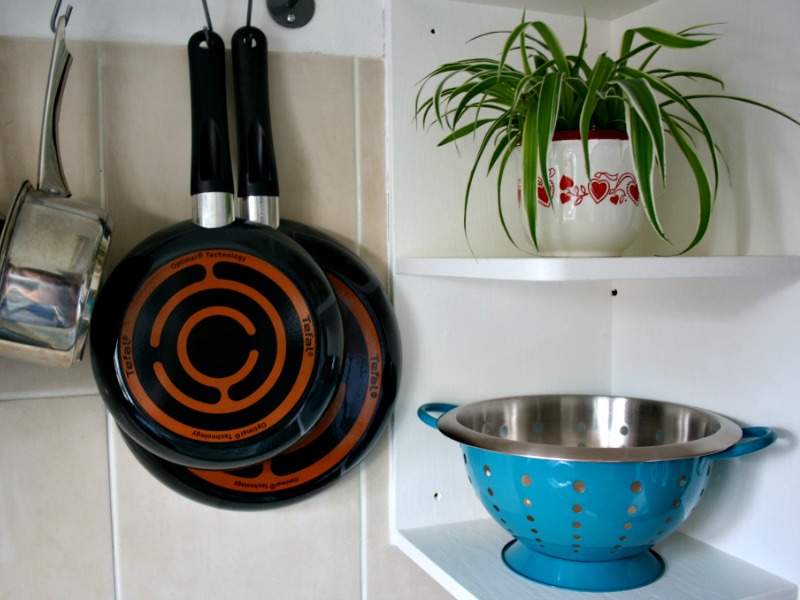 We added another rail to hold our pots and pans as well – this one was shorter, and only £1.50. I honestly cannot recommend these little rails enough – they’ve revolutionised my kitchen! 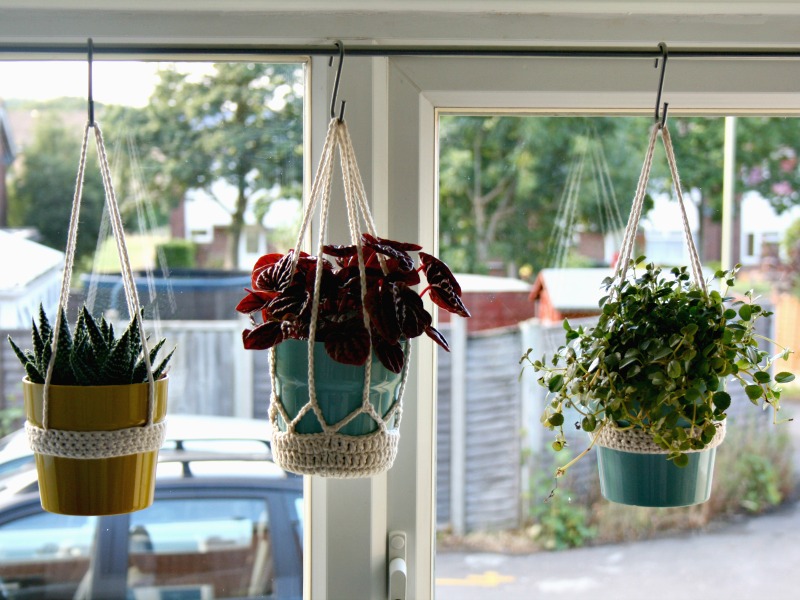 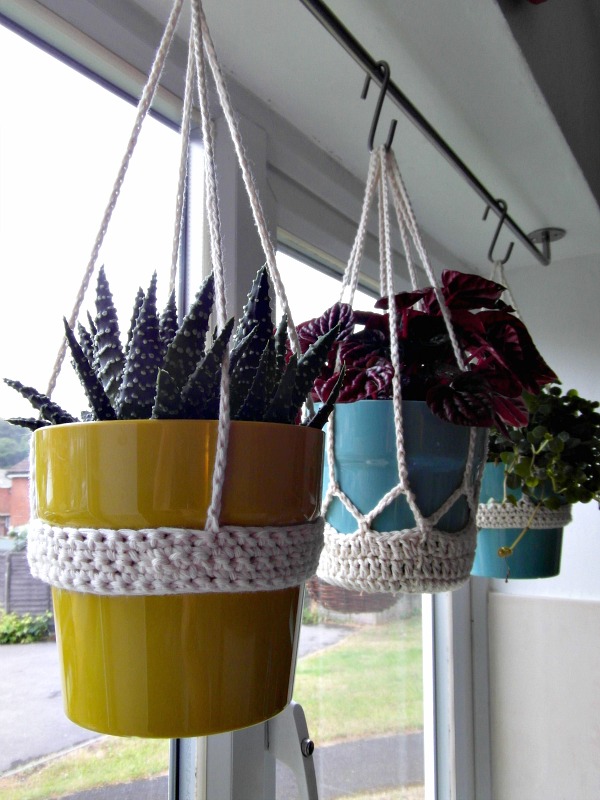 It’s by no means my perfect kitchen (this would involve long wooden worktops, white brick-style tiles, plenty of open shelving and enough space to house a large wooden table), but it’s also no longer a room that makes me want to go in there with my eyes shut. It’s functional, but still cosy, and more importantly, everything now has a place. And in my eyes, that’s fifty quid well spent!


Thanks to Money Supermarket for including me in their home makeover challenge.