I always pride myself on being quite transparent when it comes to blogging, so I thought, in the spirit of nosiness and honesty, that I’d write a post that consists simply of ten true things about me and my pesky lovely brood.

1. I didn’t manage to breastfeed either of my children for longer than six weeks.
It’s true – my boobs simply refused to play ball. I struggled with my son, and then when I found out I was pregnant with our second child, I was adamant that this time, I was going to master it. In short, I didn’t. Still, I’ve parked myself firmly in the attachment parenting camp, and refuse stubbornly to leave – you can read more about my breastfeeding woes in this post.

2. I let my children watch CBeebies.
Because, simply, sometimes I like to hide from the kids in the kitchen and eat chocolate. If I didn’t, some days none of us would make it to bedtime. Plus, when you consider it’s the home of the Alphablocks (letters and phonetics), Numberjacks (numbers and problem solving), Tree Fu Tom (exercise and fitness), Andys Wild Adventures (animals and nature), Nina and the Neurons (science) and the wonderful What’s the Big Idea? (philosophy! Amazing!), it’s actually quite marvellous.

3. I *whispers* don’t use cloth nappies.
I started out with the best of intentions – we were stocked up with pre-loved Little Lambs that I bought from a friend, had the liners and the boosters, and somehow, things just didn’t work out. I persisted with them for ages, but for some unknown reason there were lots of leakages, and Daisy always just looked so uncomfortable. We use eco-friendly disposables when we can afford them, and (I can hardly bring myself to type this) ordinary disposables when we’re a bit hard up.If we ever had another baby (never going to happen, my friends), I’d try cloth nappies again, and hope that this time I actually got to grips with them properly.

4. I find our son incredibly difficult to deal with sometimes.
Ben is the most inquisitive, intelligent, friendly, loving, funny little boy that you’ll ever meet. He makes conversation with anyone, from the window cleaner to the lady on the checkout, and gives amazing cuddles. He also (possibly) has Aspergers, which means that when he’s not being all of those lovely things, he’s laying on the floor in supermarkets, biting us, screaming, screeching, not making eye contact, lining things up obsessively, running in circles or chewing on everything (literally everything – if he can get it in his mouth, he’ll have a go). He rarely looks you in the eye when you try and talk to him, and he has pretty much never been a child who likes to sit and cuddle – but all this means is that when I do manage to positively engage in him, whether it’s reading a story (current favourite is Stuck by Oliver Jeffers) or helping him line up his cars, it means that bit more than if he were like every other four-year-old. Yes, he’s hard work. Yes, I get incredibly stressed sometimes. No, I would never change a hair on his head.

5. I’m a rubbish cook.
If you follow me on Instagram, one thing you’ll probably have noticed is that I rarely post pictures of food. This is because I rarely cook anything that doesn’t look like a scorched accident. Honestly, if it’s not a casserole or an omelette, it’s going to be burned – take it as a given. The husband eats everything I make, but I do think that it’s literally because if he didn’t, he would starve. Either that or he’s secretly eating Subways and curries in his lunchbreak. Ben said to my Mum the other day, “Nanny, you make the best dinners ever.” I had to point out to her that considering the competition, this wasn’t much of a compliment. Ahem. 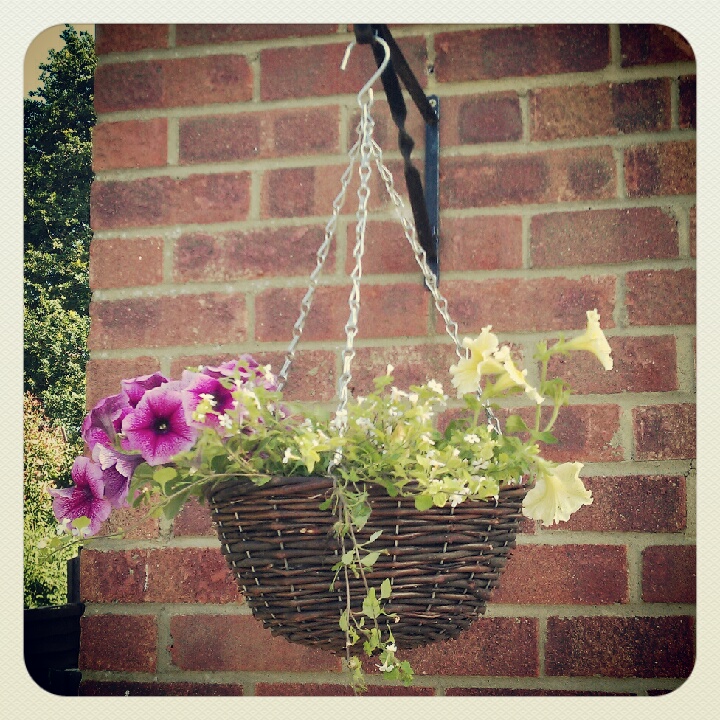 6. We rent a house, and will probably never be able to afford to buy.
So there it is. But we have a roof over our heads and (burned) food on the table. We have a garden, it’s cosy and it feels like home. And who can ask for much more than that? 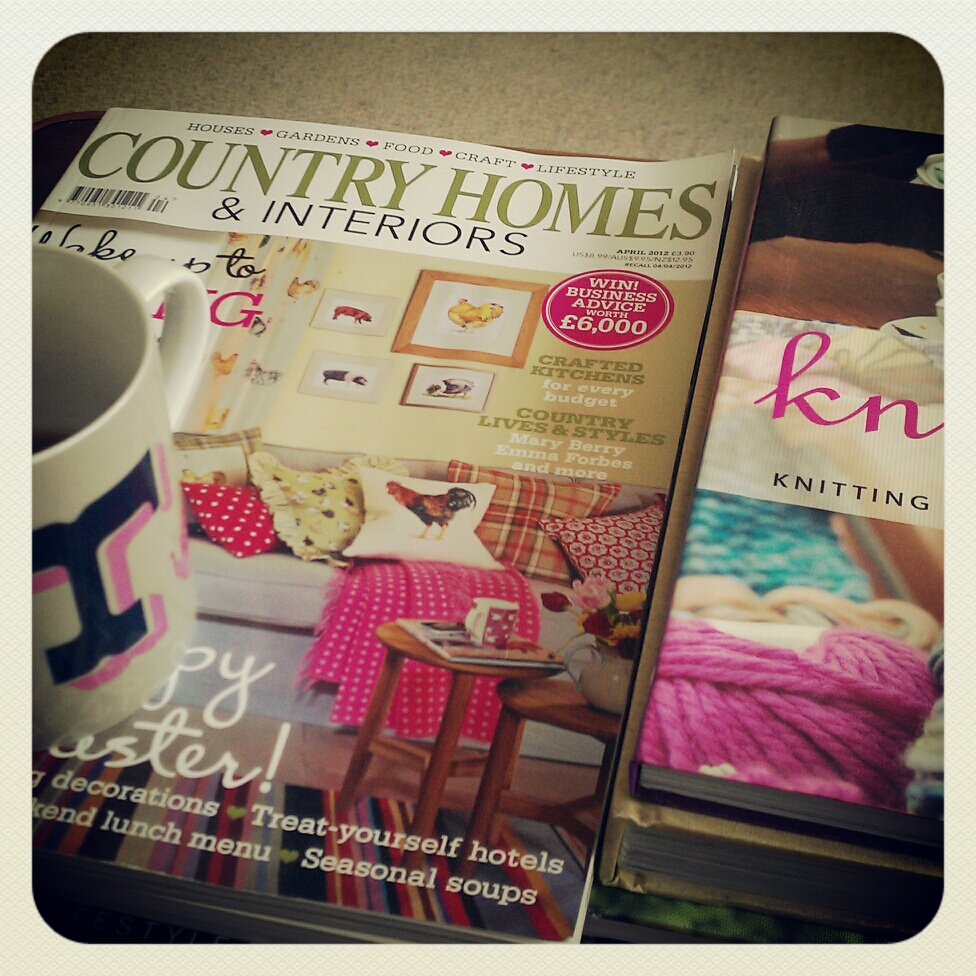 7. I buy a ridiculous amount of magazines.
Magazines are my one weakness. I subscribe to Oh Comely, and my Mum buys me a copy of Country Living everything month as part of my Christmas present. Apart from those, I read Pretty Nostalgic, The Simple Things, Junior and occasionally Mollie Makes. Sometimes I’ll pick up other parenting magazines if there’s an interesting article, and I’ve also just started buying the new Crafty magazine. Which is ace. I’m pretty desperate to get my hands on a copy of Frankie, but don’t want to pay the shipping charges! 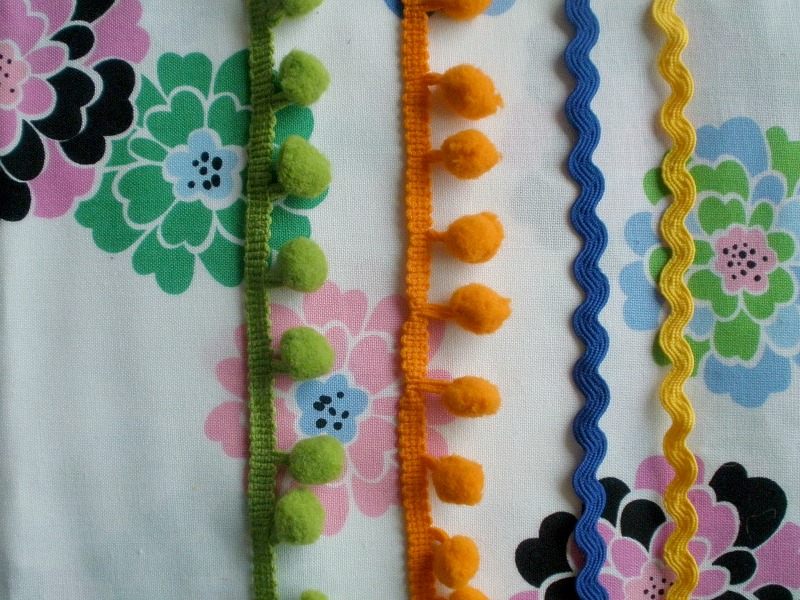 8. I am an impatient, irritable sewer.
I can sew, but I absolutely detest it. The sewing machine never does what I want it to, and the fabric tends to just go off and have its own party. Obviously, it’s because my sewing machine isn’t as advanced or posh as it could be – it’s nothing whatsoever to do with my skills.

9. We watch TV in the evenings, and DVD box sets.
I like TV. There, I said it. From an interiors point of view, I detest the bloody thing. Great big, shiny, technical looking thing – I’ve even considered making some sort of cover from retro sheets (but this would involve sewing – see number 8). But, alas, I like to watch rubbish on TV while I’m crafting in the evenings. I’ve even been known to watch a soap. I feel dirty just saying that. We’re currently mourning finishing the entire Fringe box set, and are savouring every blood-filled episode of Walking Dead. TV at it’s best.

So there you go, ten true things about me. Anything that surprised you?