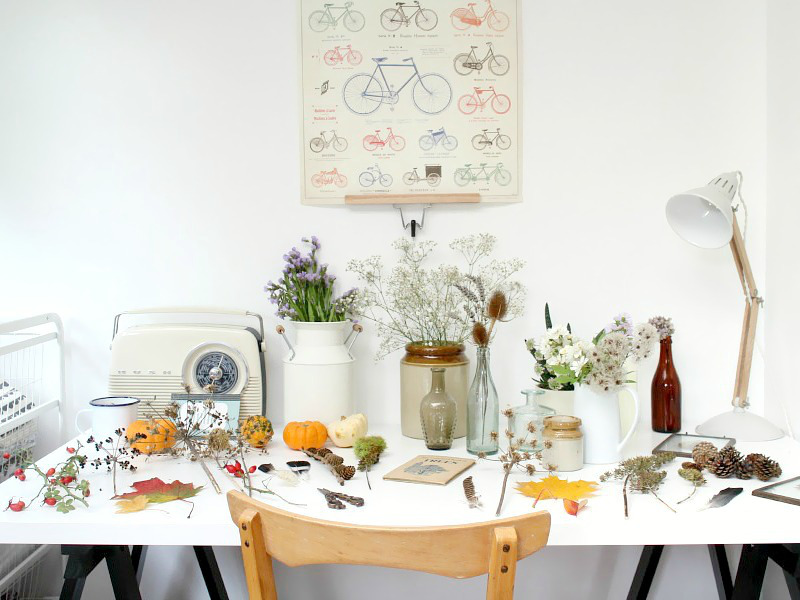 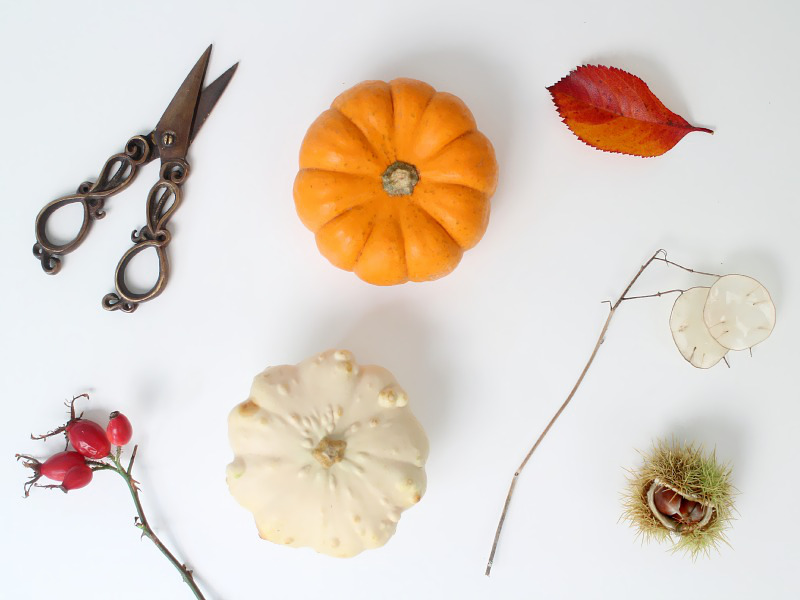 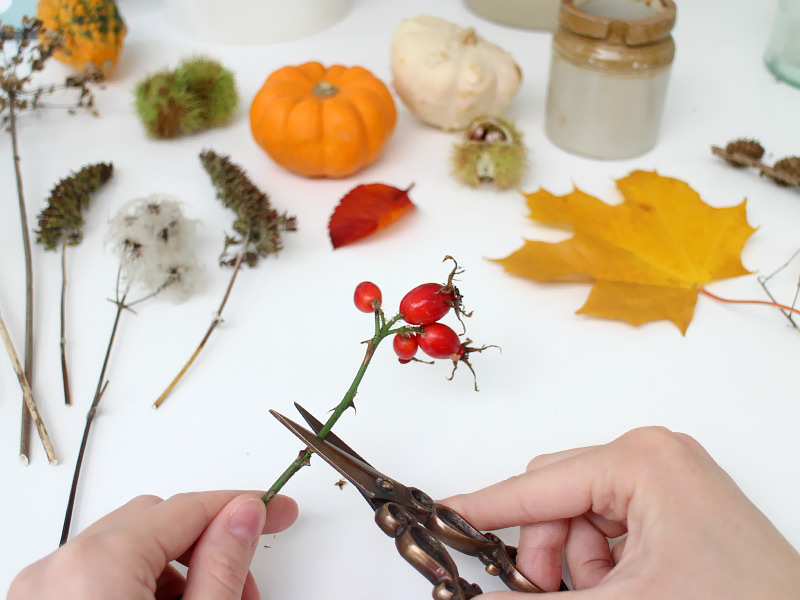 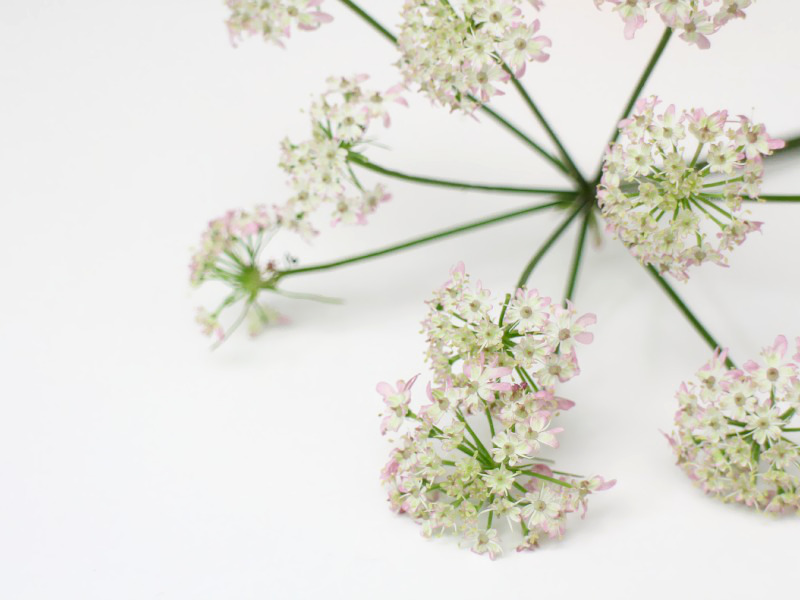 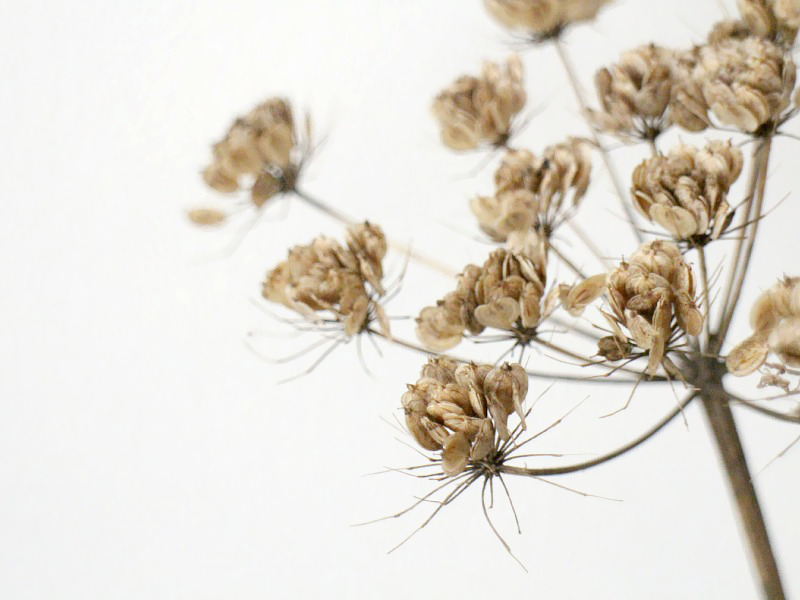 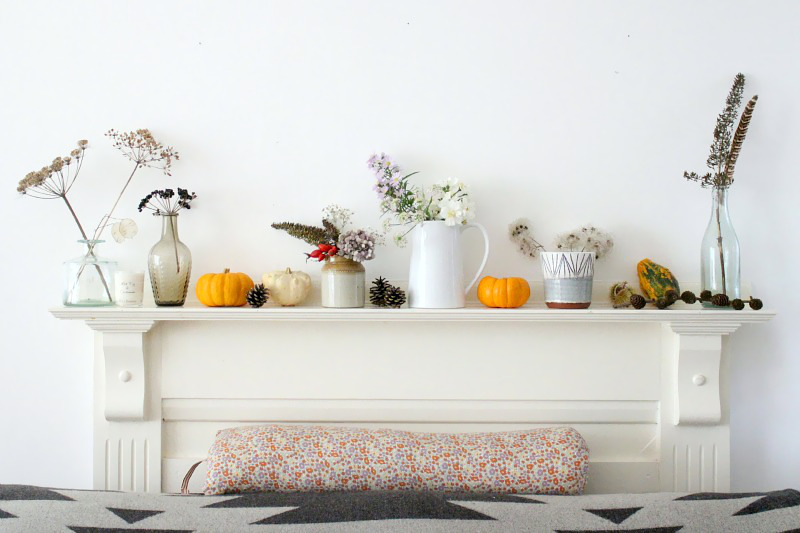 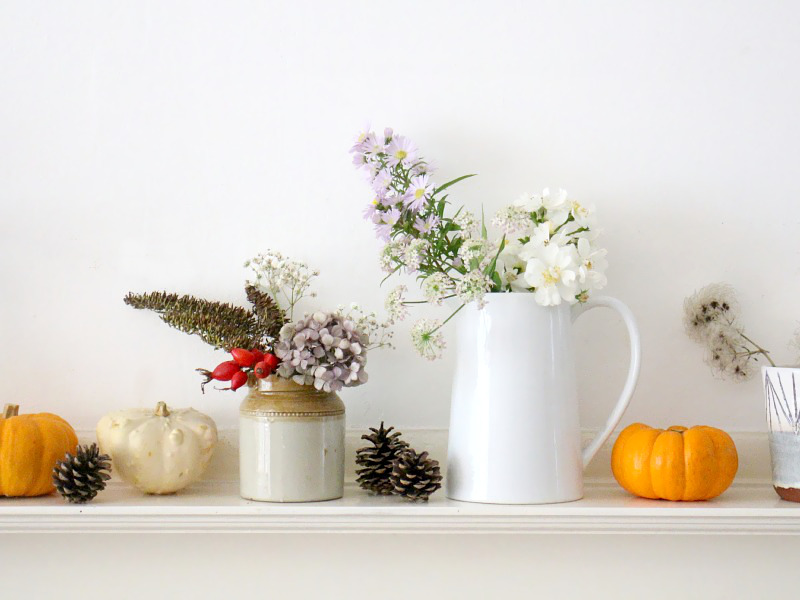 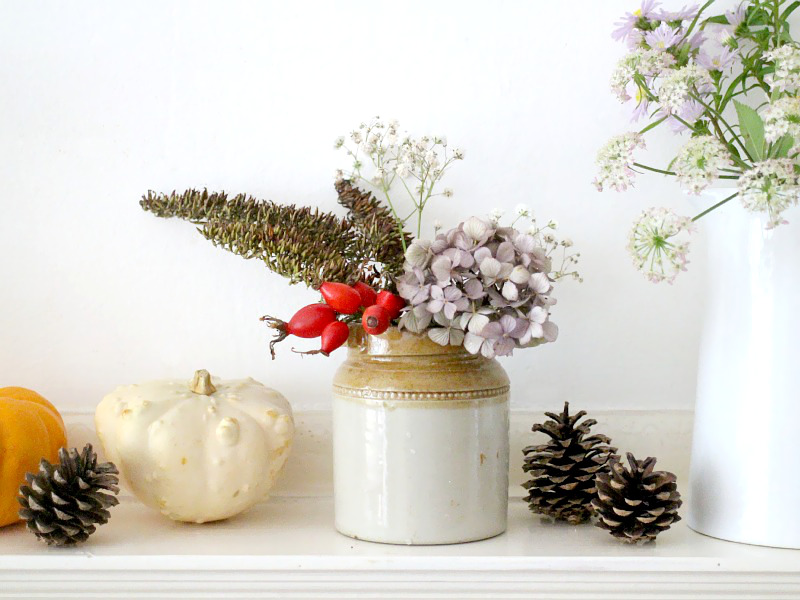 October’s ‘Styling the Seasons’ post had to involve Hallowe’en somehow, but I’m not really into faux cobwebs and plastic skeletons, so I included these miniature gourds (the small pumpkin is called a ‘munchkin’!) instead. We went on a bit of a foraging mission last weekend (which saw me edging along a country lane trying to collect some Old Man’s Beard without getting squashed by passing cars) and I found the little gourds at Waitrose on the way home – I had to be really restrained as they had LOADS, and they were pretty cheap as well. I was hoping they’d be able to be packed away for next year, but I’m guessing that’s probably not going to happen!

As well as the gourds, I’ve included my prized Old Man’s Beard, a few of my gazillion pine cones, my treasured dried hydrangea, some rosehips, Michaelmas daisies, dried honesty and some seed heads. What I love most about collecting at this time of year is that a lot things are already dried, which means they last ages longer – which means you don’t have to spend quite so much time sweeping up dropped petals!

Styling the Seasons was started by Katy of Apartment Apothecary and Charlotte from Lotts and Lots, and anyone can join in by using the #StylingTheSeasons hashtag on Facebook, Instagram and Twitter.