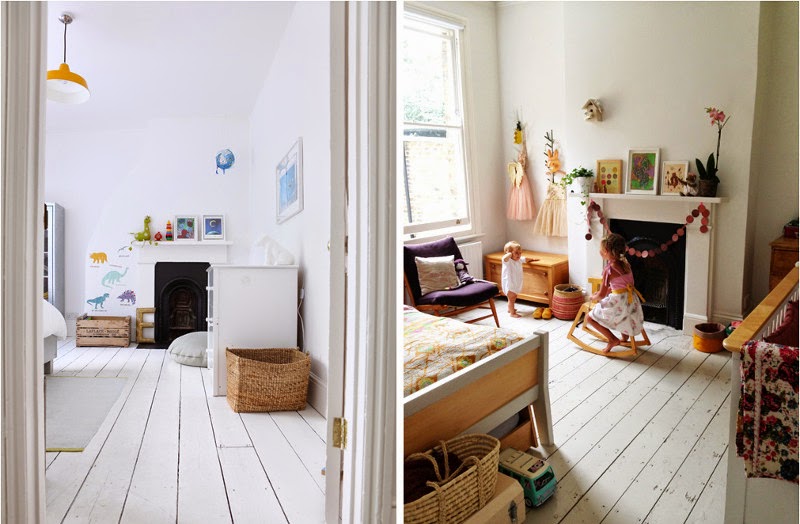 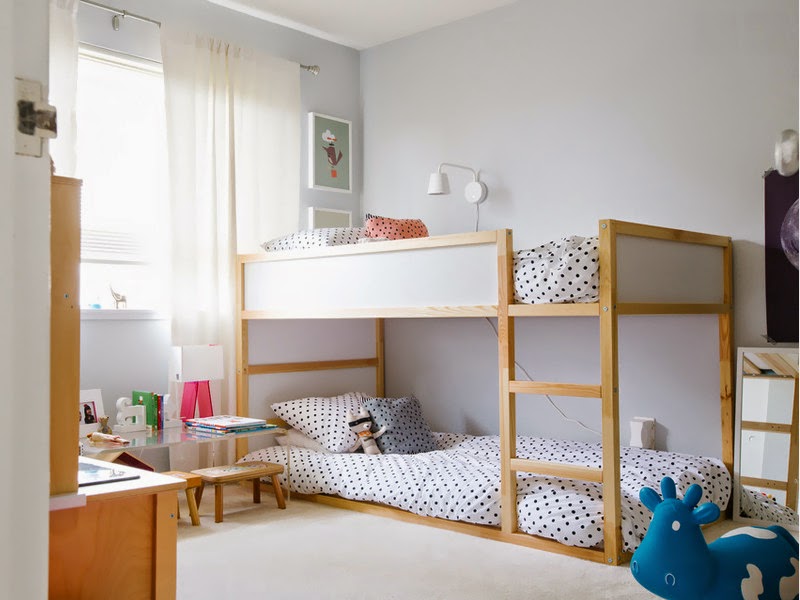 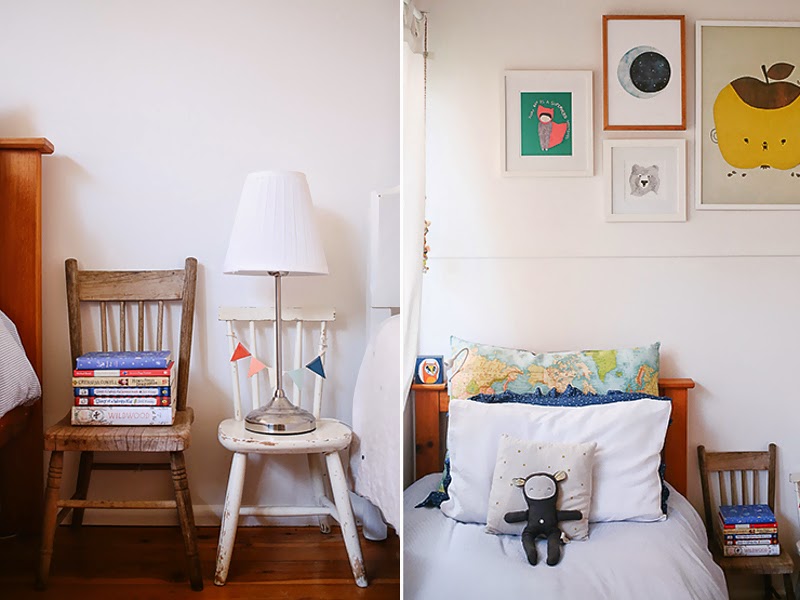 I mentioned a while ago that we were moving both kiddos into a shared room , as we’re only in a two bed house, and last week we finally started measuring up for furniture. We’re not sure if our double bed will fit into the smallest room, so they might end up being in there, which means being really clever with space and storage; the freestanding bookshelves will be replaced with wall shelves and we’ll need to find some bunkbeds which aren’t so high they give Ben vertigo, but after my massive clear out, it shouldn’t be too difficult.

Ben is six, and Daisy is (almost) three, so I don’t want it to be covered in animals and whatnot; I like the idea of everything being bright, white and simple, with coloured accessories – it obviously needs to be gender neutral, so as much as I love the idea of hanging Daisy’s vintage dresses out on display, I’ll have to make do with fab unisex clothes from Boys and Girls (I bought this sweatshirt for Daisy the other day – so cool!) and Zara. The other constraint we have to work with is that Ben is on the autism spectrum, and so his space needs to be as calm as possible, otherwise he tends to get overstimulated at bedtime; I think bedding will have to be plain or with a relatively small pattern, and I’ll have to get used to the idea of not having a full gallery wall. (*weeps into a hanky*)

Both bedrooms are carpeted at the moment, but I really like the idea of putting floorboards down; the idea of a cream carpet and Daisy loose with pens and playdough quite frankly gives me the absolute fear – there’s only so much baby wipes can cope with! We were looking at floorboards in a few shops, but then discovered after reading reviews that not all of them are that resilient, and have to be completely replaced if they get damaged. Luxury Flooring and Furnishings online sell heaps of different floor coverings, but we were really taken with the oiled engineered wood flooring, which is way more hardwearing and also doesn’t have that awful sheen that comes with laminate. I figure if we’re going to be here for another five or six years, we might as well make it the best we can!

I found quite a bit of inspiration for calm, gender neutral spaces online lately; Design Mom had a feature on an AMAZING Scandi style house, where the kids share bedrooms, and Jodi from Practising Simplicity has just moved her son and daughter into a room together which looks incredible. I also found a great room on Houzz, which has great polka dot bedlinen which I’ve completely fallen in love with!

We’re planning on buying the beds over the next couple of weeks, so hopefully next time I talk about this, I’ll be able to show you some snippets of how it actually looks!