I’ve had this post saved in my drafts folder for aaaaages, but just haven’t found the time to edit the pictures to go with it. An evening with a surprisingly smooth double bedtime, and only X-Factor on the TV (not telly that requires the greatest amount of concentration) meant that tonight I finally managed it. *Air punch*

A while back, I wrote a book review as a guest poster on the lovely Kat’s blog, where I raved over a DIY vintage cowboy chest of drawers. Ever since, I’ve been bordering on obsessed with finding old cowboy annuals, and this post by Lucy over at Lulastic really didn’t help matters (nor did this one. Or this…) One day, I managed to strike it lucky on eBay, and won not one, not two, but three vintage cowboy annuals. Hurrah! The pictures inside were just what I was after – good old Roy Rogers yeee-hawing around on his horse, pop-up cowboys going about their day and even the odd illustrated map or two just begging to be popped up on the wall. 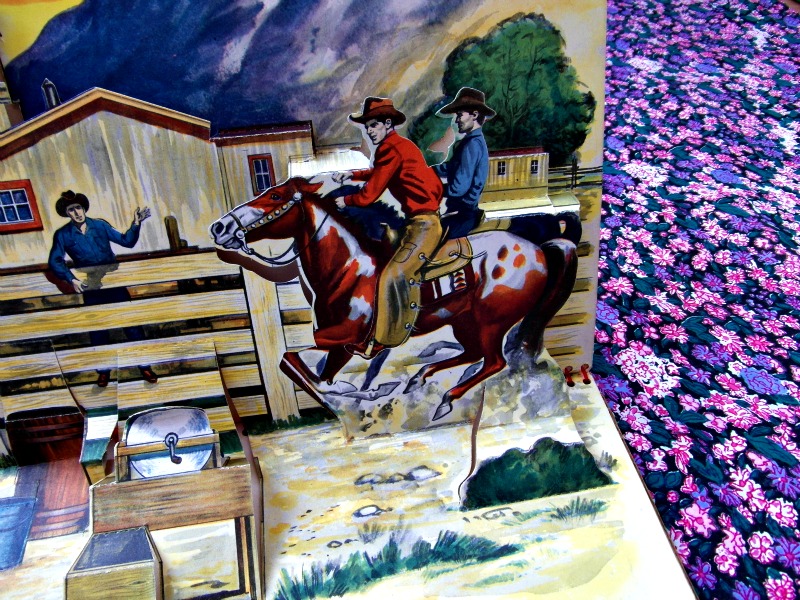 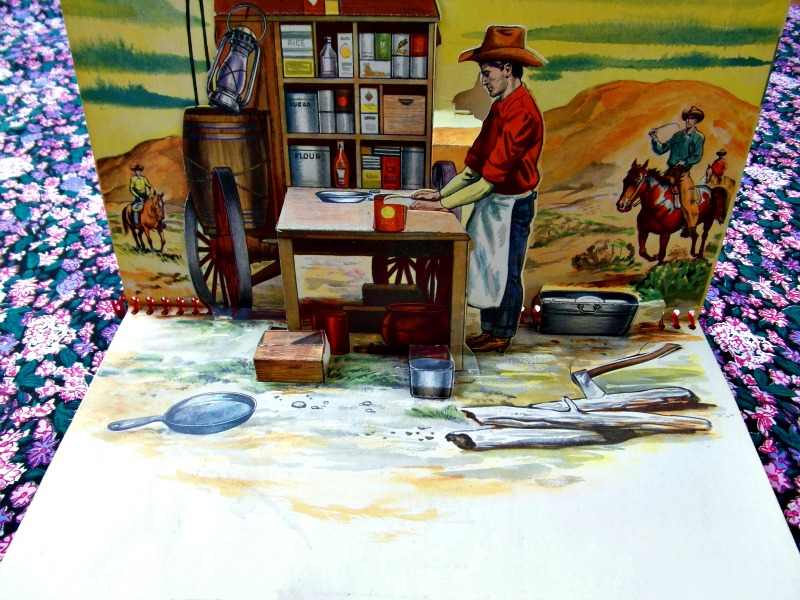 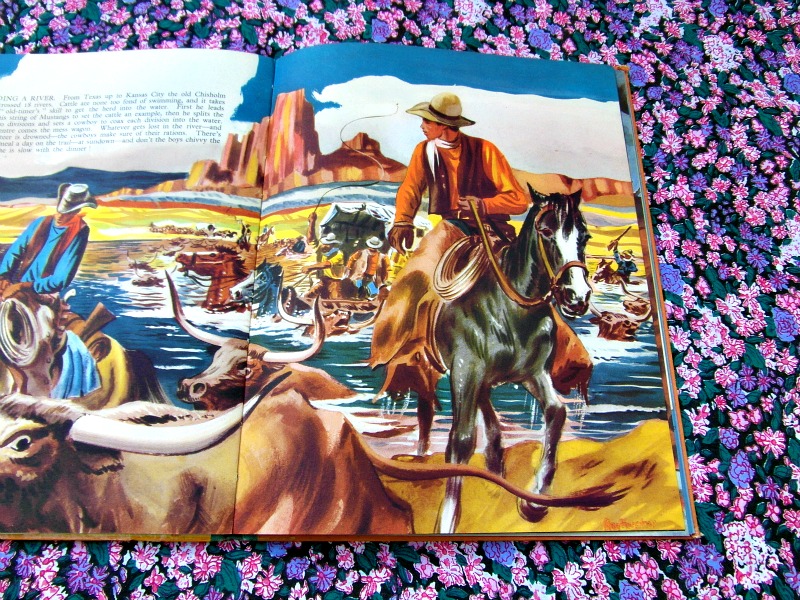 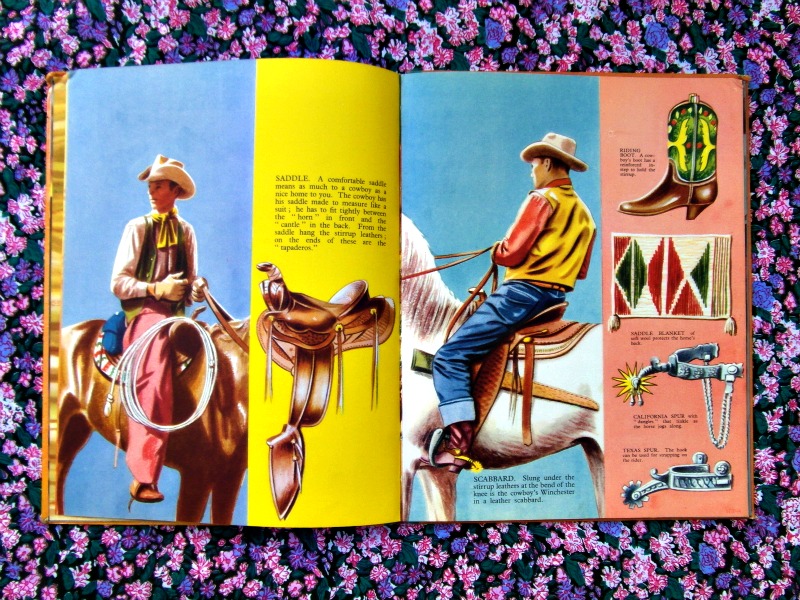 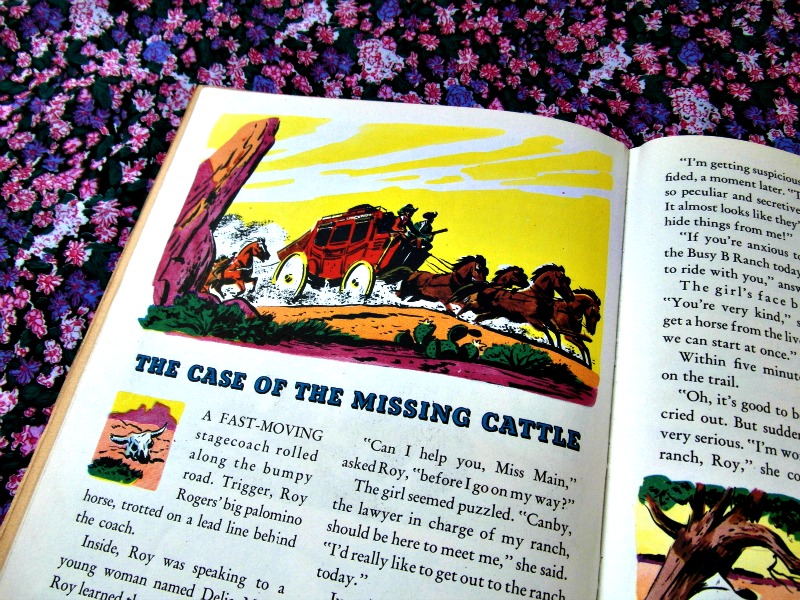 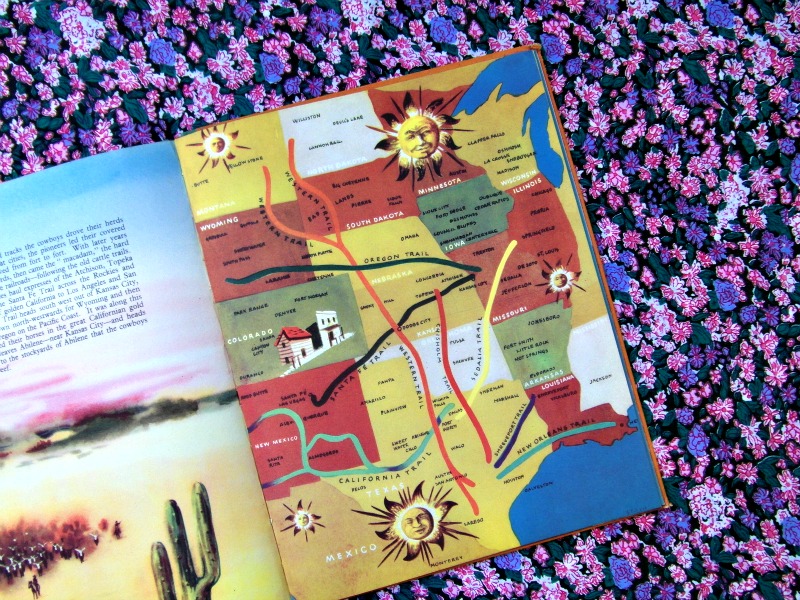 I thought about doing some tins covered in pictures, and then realised that actually, I didn’t have anything to put in them. Then I thought about doing some sort of collage, and decided that honestly, all that glueing and mod-podging was a bit too much effort for a project that I wanted to get finished pretty quickly. In the end I hit upon the idea of doing some sort of garland, by cutting out the pictures and then attaching them to a crochet band. Yarn saves the day again! 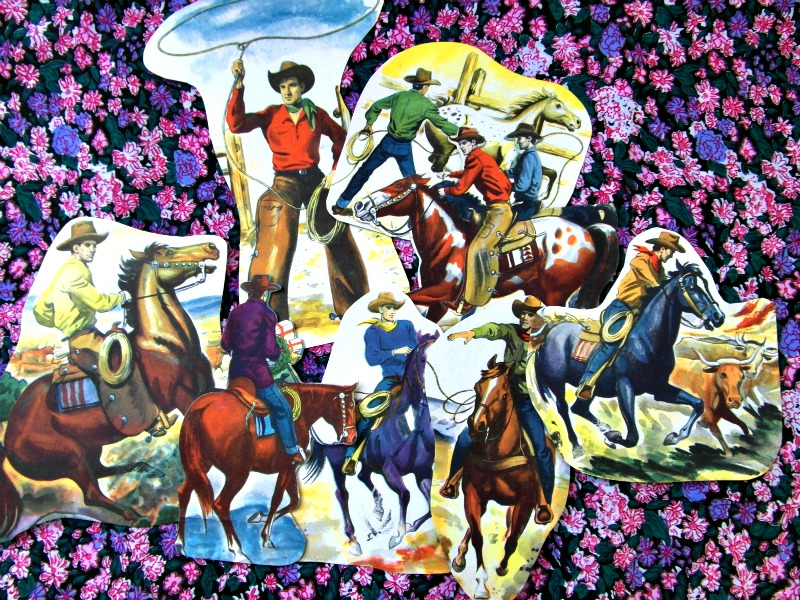 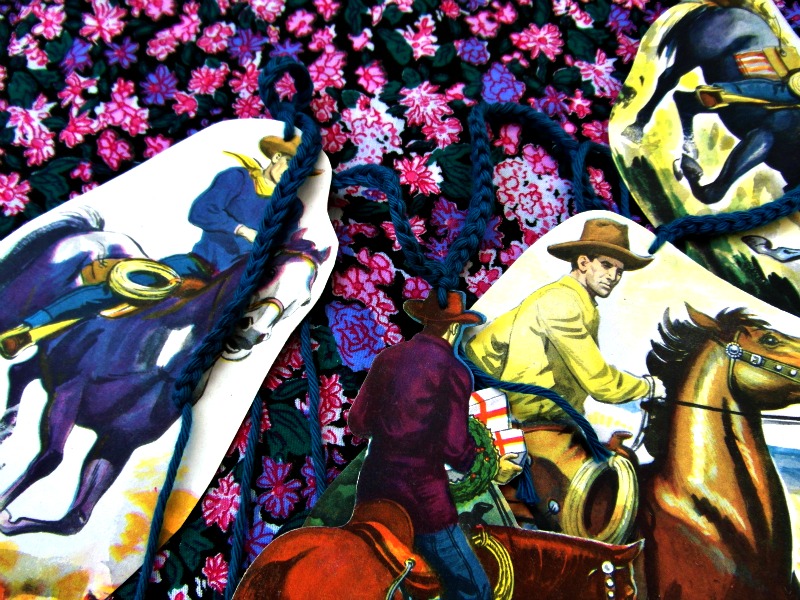 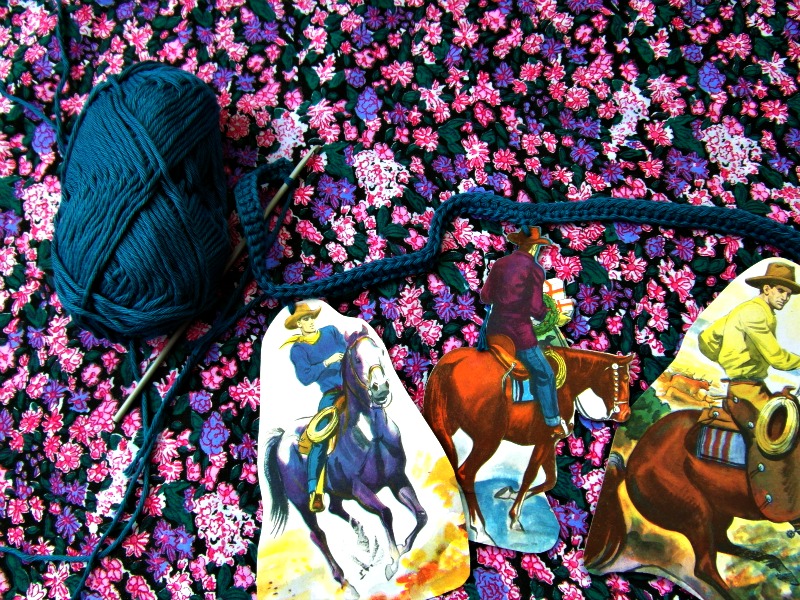 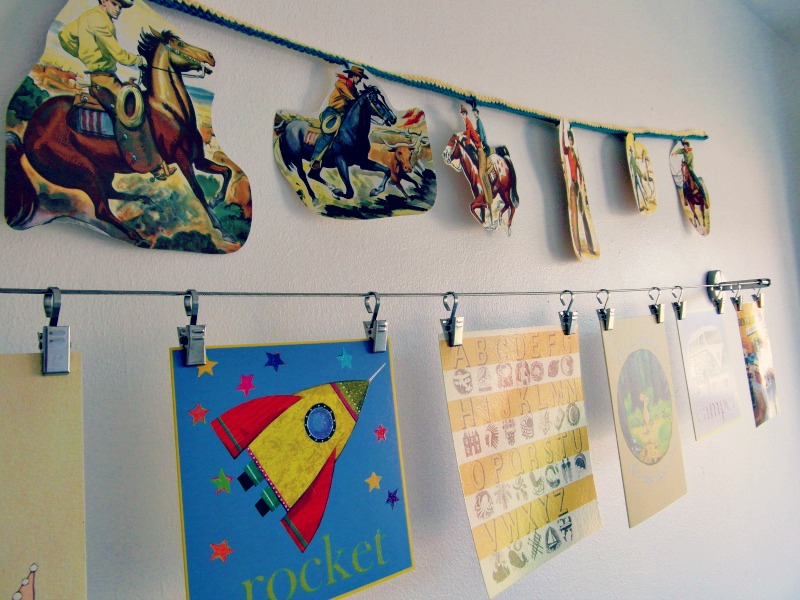 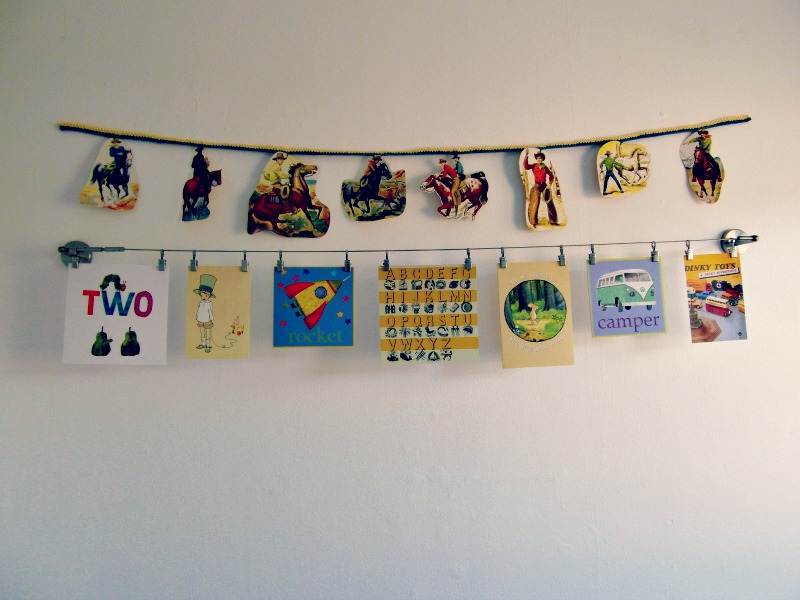 To be completely honest, Benjamin was pretty underwhelmed. “Oh,” he said, “and what is it?” Humph. Still, I’m pretty pleased with it, and I think it looks just right above his postcard display thingy (the Diginet system from IKEA – a great way of having a picture display without having to knock a load of holes in the wall. Essential when you rent like we do..). Plus, hurrah for upcycled-recycled-thrifty-DIY-goodness.

Linking up with all the other magpies as usual over on Magpie Monday. High five for thriftiness!