The chunky cushion cover I’m crocheting in Cygnet Super Chunky has certainly been a challenge – I’ve done more frogging and unravelling whilst trying to work out this pattern than in any other project. Ever.

I started using an aluminium 10mm hook, or what I thought was a 10mm – but as I worked up each round, it ended up getting stiffer and stiffer, more like a rug than a cushion cover. A quick look in my hook pouch confirmed I had a 12mm, but by comparison it looked gigantic, so I trundled off to my local yarn store to find an 11mm (if such a thing exists). When I got there, I discovered that they had some 10mm hooks which looked an awful lot bigger than the one I was using – made from plastic (boooo, I find they tend to catch and drag on the wool a lot more than metal hooks), but about the size I wanted. Sure enough, my stitches were looser, and gave me the effect I was after.

The second problem was working out the increases – any crocheter will know the basic pattern for making a flat circle (an increase every stitch on the first round, every second on the second round, every third on the third round, and so on), but as well as that, I had to contend with the fact that the bobbles took up extra room, and were absolutely gigantic. Count, hook, swear, unravel. Repeat. For a week. Then, finally, on Sunday evening, in front of Antiques Roadshow (did any of you see those puppets? Freaky!), it seemed to all come together at last. I counted. I hooked. I breathed calmly. I cheered a little. I started the edging. I got a bit over excited and then ran out of yarn.

It’s so near completion I can practically see it sitting on the sofa, nestled amongst my floral pillows and retro seventies throw. I’m writing this, waiting for the shop to open so I can race down (well, as far as someone in their 40th week of pregnancy can race, anyway) and stock up on enough for the front, and some extra to make the back. 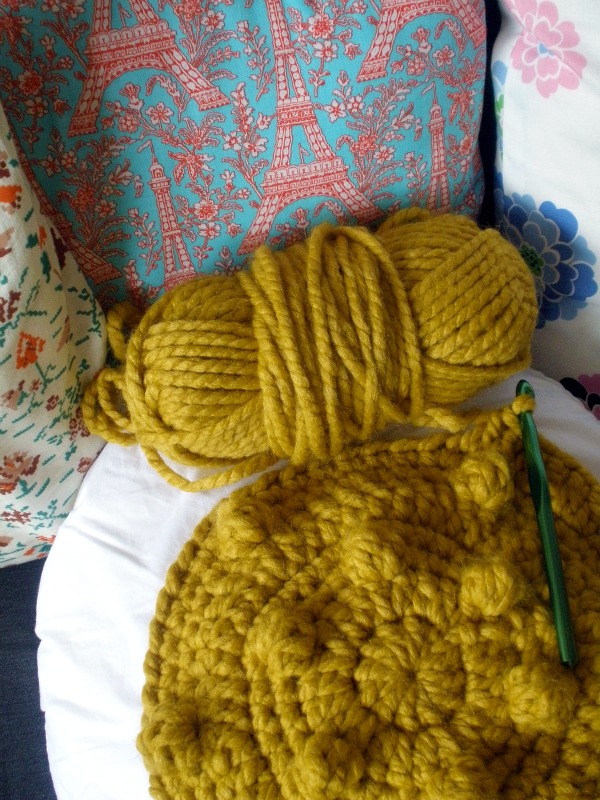 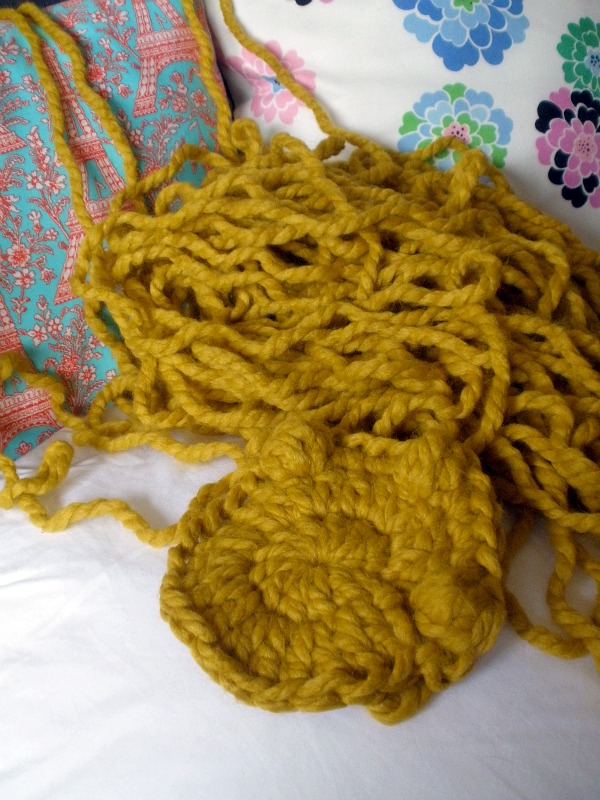 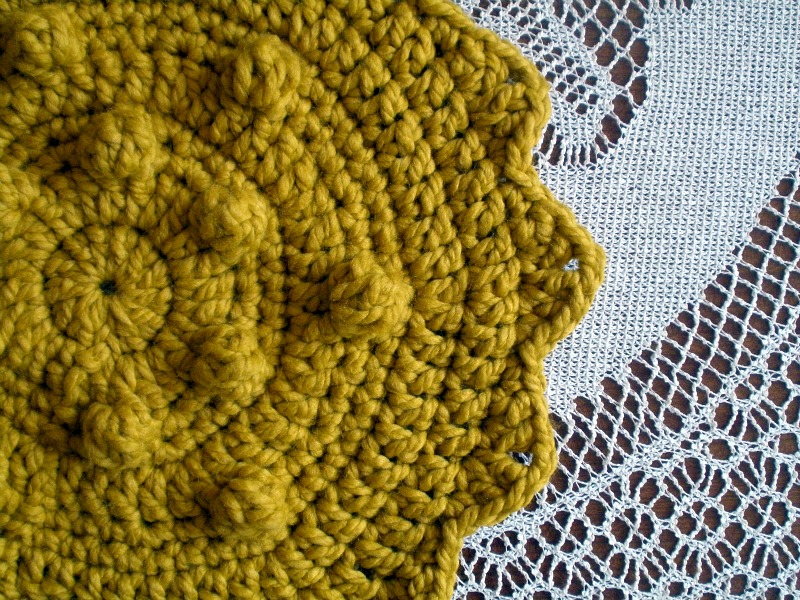