When I think back to this time last year, there were two huge differences (literally, in one case. Ha!); firstly, the weather was glorious. I distinctly remember sitting on our balcony (we were still living in our little flat then, all squashed up with nowhere to put things) with a book while Ben was at pre-school, sunning myself and getting lost in a whole heap of different novels. Looking out of the window now, it’s greysville, and I know it’s absolutely freezing because I stuck my head outside earlier. Secondly, I looked like this:

This time last year, little Daisy was still on the inside, and we had no idea exactly how she’d transform our lives. I always thought a second child would just sort of ‘slot-in’ to the routine we already had with Ben – after all, that’s what all the books and websites told me. I was stocked up on cloth nappies (never used them), was adamant that this time I WAS going to crack breastfeeding (failed, yet again. Still can’t talk about it without feeling bitter) and just knew that everything would fall happily into place in our new little house (it didn’t – we had to do loads of repairs, couldn’t live there for several months, and almost came to blows with our rental agency). Funny how life never seems to turn out quite how you plan it. 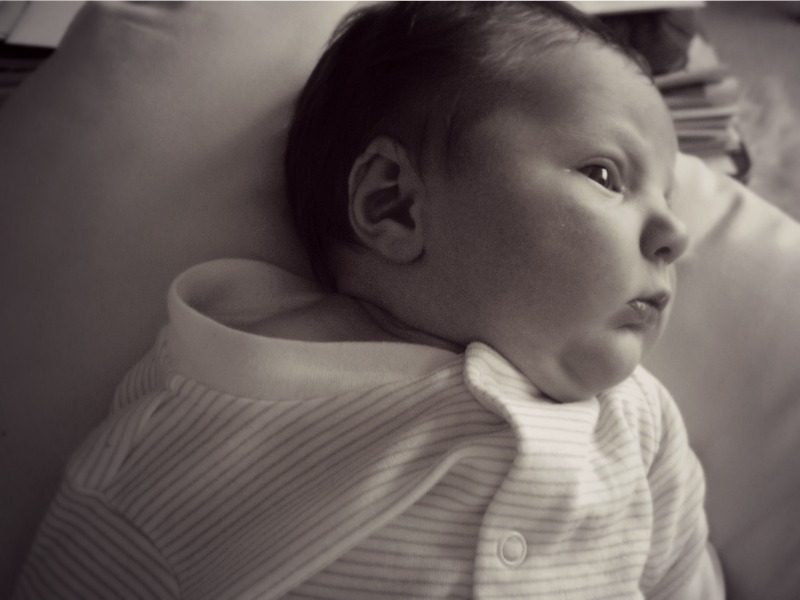 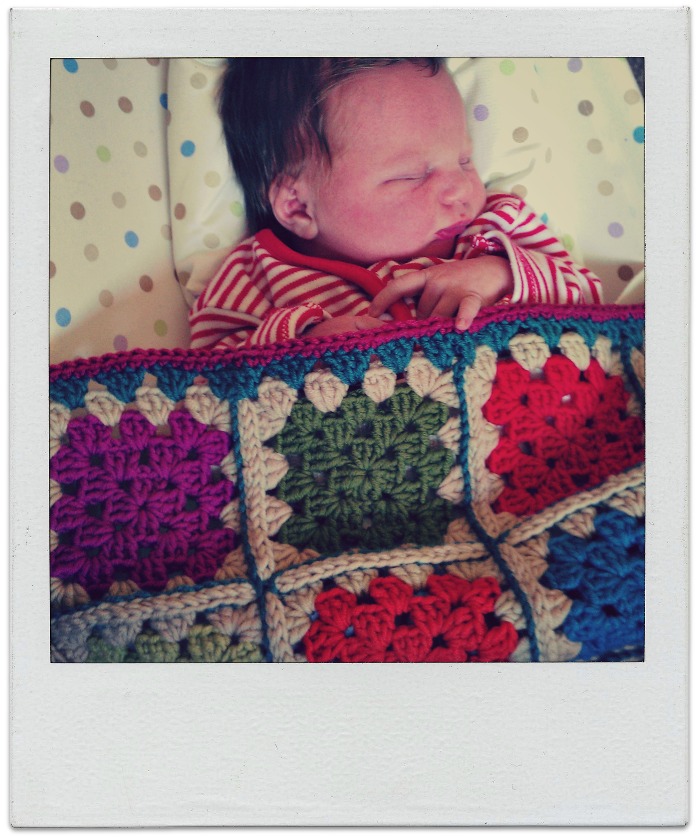 But then she came, and nothing was how it had been planned, and I found I didn’t mind because she was delicious and beautiful, and her head smelled like heaven, and her brother adored her (if sometimes a little too exuberantly), and instead of worrying about the perfect house, and being perfectly dressed, and having everything perfect, I just buried my nose in her hair and kept her with me all the time. And I found that nothing else mattered*.
And now, my tiny baby is about to turn one. A whole year. I get a bit of a lump in my throat when I think about it – where has the time gone? I look at photos of her and Ben as tiny babies, and feel wistful and nostalgic, missing the days when they would fit in the crook of my arm, but also looking forward to seeing their personalities evolve and develop. Ben is suspected to have Aspergers, and some days are difficult – there are times when he and Daisy wind each other up, and he can’t quite communicate as well as other children his age, so we’ve had some fraught moments. But then there are times where they sit together and Ben will chat to her about anything and everything, and I just know they’re going to be as thick as thieves. And I wouldn’t have it any other way.** 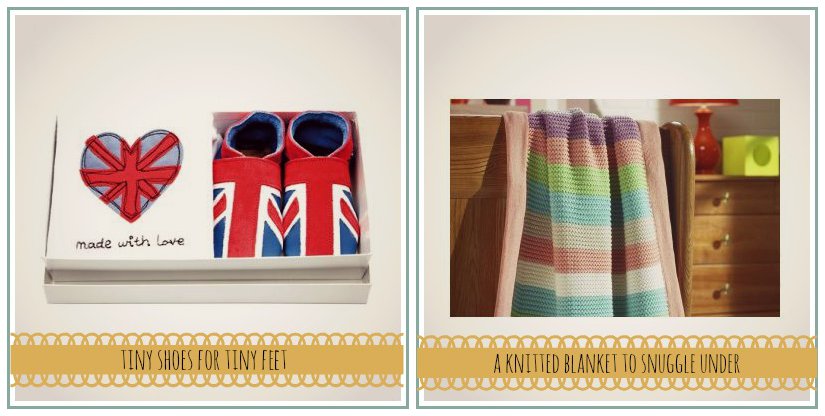 So here we are, approaching the first birthday at the rate of knots (two weeks tomorrow exactly, eek), and we all know what birthdays mean – presents. I’ve been having some problems deciding on what to buy Daisy, as we already have a ton of toys (probably not as many as some families, but in my eyes we’ve already got way too much plastic tat to consider adding more), and at the moment she seems to think books are more of a snack than entertainment. We have bought some, though – ‘How to Catch a Star’ by Oliver Jeffers, in a board book version, and some of those ‘touchy feely’ books, as well as a couple of classics like Elmer and Maisy the Mouse – but we kept all of Ben’s books, so her library is already pretty well stocked.
I decided to just bite the bullet, and do the practical thing – asking for clothes, and buying things she actually needs. There’s a whole array of bright new threads on order for her, courtesy of us and my parents (including some amazing jazzy trousers, but that’s another post entirely), and I’d quite like to get her some little leather slippers or moccasins – she’s not walking yet, but she’s a nightmare for taking her socks off and chewing them, so I’m thinking soft baby shoes might discourage her. I’ve got plans for some homemade rattles and jingley toys (I’m very excited about this – I’ve dedicated a whole post to it), some crochet garlands and I’d quite like her to have a nice knitted blanket to replace her sad looking crochet one (she could do with some more cellular blankets for her cot, but I think that’s a bit too practical!) I was pondering on knitting one myself, but considering my Mum’s knitted cushion cover is still sitting unfinished in a basket in the lounge (meant to be a, err, Christmas present. Ahem), I’m thinking this might not be the best plan.

So, with only two weeks to go, I’ll probably be strapped to the sewing machine most evenings. If I don’t see you before, have a lovely Easter!

*I would have quite liked not to have been so anaemic that walking upstairs made me pass out, but hey ho.
** Apart from the days where they’re both moaning and bashing each other, and I think that I might have been better getting a couple of cats.