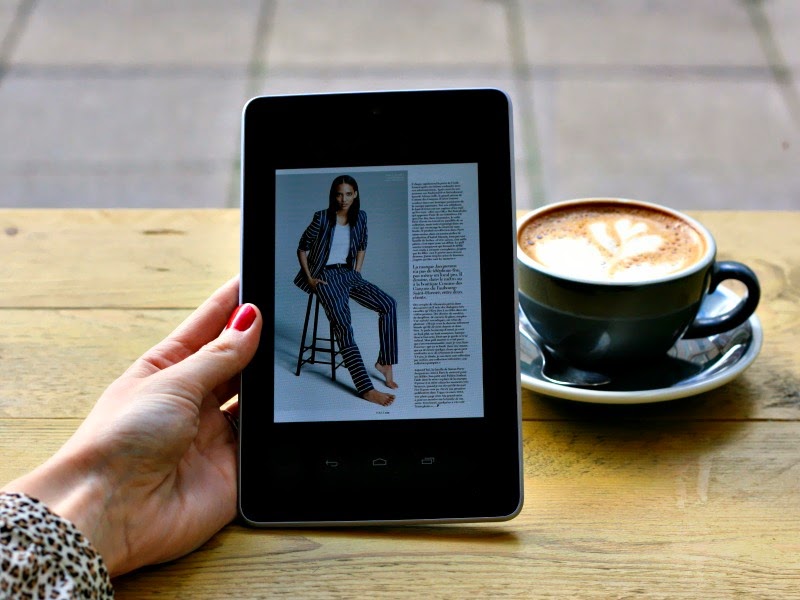 I’m going to start this post by saying that I am possibly the least technologically minded person I know; my laptop is ancient, and I have to balance it on one of my huge fashion books and a USB fan to stop it overheating. Being a lover of old bookshops, I am completely resistant to Kindles, Nooks, Kobos or any other eReaders – I like to feel the weight of a good paperback in my hand, and personally, I feel reassured by the fact that if I drop a book in the bath, there’s zero chance of electrocution. When everyone around me was going mad for tablets, I declared that they’d never catch on and couldn’t see the point. And then I ended up getting one.

A tablet is one of those things that you don’t realise you need until you actually own one. Halfway between a smartphone and a laptop, it manages to combine the best features of both; the weightlessness and convenience of a phone, and the capabilities and screen size of a laptop. Argos have an absolutely huge selection, and the reviews can make the final decision a lot easier; I opted for a Google Nexus 7 – the 7″ screen was what won me over; large enough to see the display comfortably, but small enough to carry around in my usual bag. Ace!

One of the more purse-friendly models around, the Nexus 7 is ideal if you’re on a smaller budget, but still want all the handy features that come with a tablet. The screen size and resolution are perfect for everything, from blogging and writing on the go, to watching catch-up TV and even downloaded films, and the connectivity is pretty impressive as well. There’s obviously a huge amount of apps available to download, which cover everything from reading to crafts, fashion to cooking, so I thought it’d be good to include the best ones – and the good news is, most of them are free! 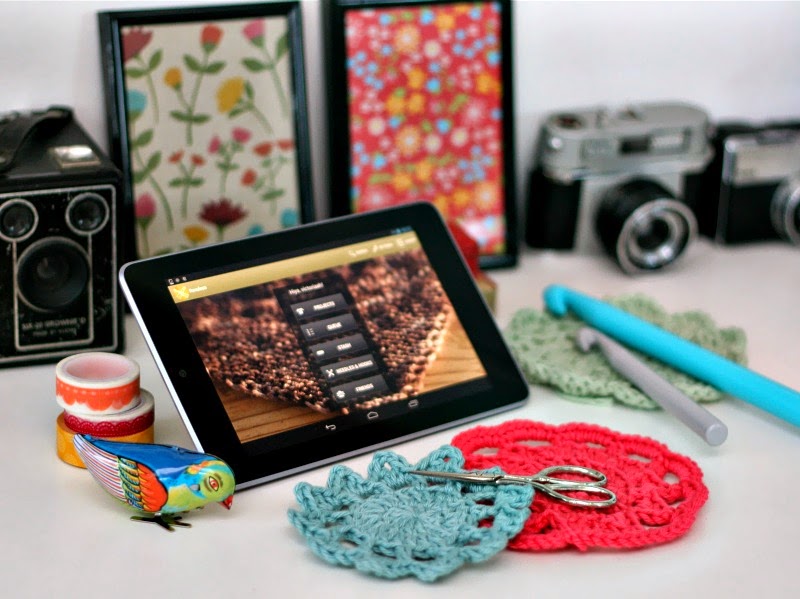 The Craft Apps
Any fans of knitting or crochet will almost certainly have already heard of Ravelry, a lovely wool-based community which features forums, patterns, and some great tools to keep track of your projects. The associated Android app, Ravulous, is probably one of my overall favourites; it allows quick and easy access to anything you’re currently working on, and also allows you to see what friends are making. The handy search function means you can also look for new projects, although you can’t refine the results – so it pays to be specific when entering your search terms. While I’m not exactly a competent knitter (I started a cushion for my Mum roughly this time last year. It’s still not finished….), I know a lot of you are, so I thought I’d mention the Knitting Patterns Database app, which allows you to save both knitting and crochet PDF patterns from all over the web in one handy place. Another handy little discovery was Knit and Crochet Tools, which cost £1.27, but is worth every penny; featuring useful tools such as the row counter, on screen ruler, calculator and universal knit and crochet symbols, it’s the most practically useful crafting app I came across. 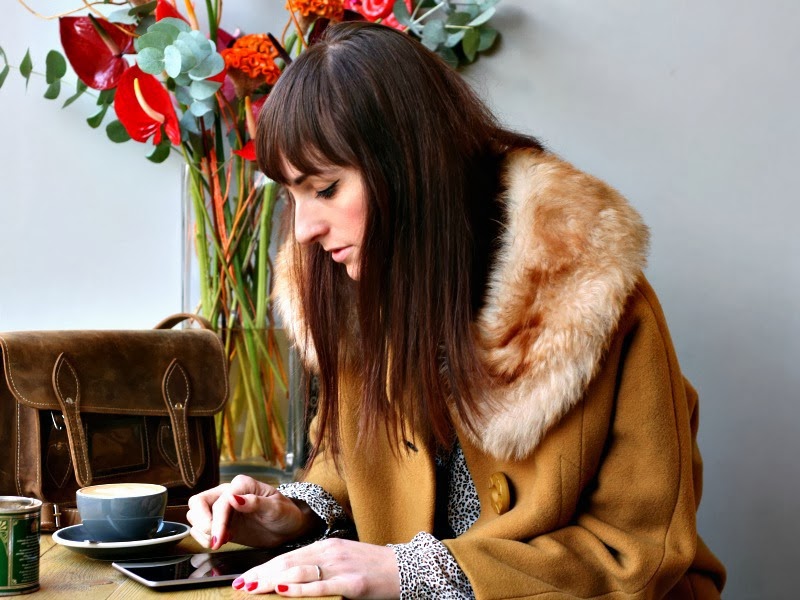 The Reading Apps
The one thing I find the Nexus 7 especially handy for, is providing me with something to read while I’m out and about. There are an absolute tonne of apps available; from your favourite newspaper to online copies of magazines, books and obviously, blogs. I personally favour Bloglovin’, and have done for almost two years – the app is just as good as the desktop copy, and the feed updates itself quickly and easily. I also rapidly added Vogue Daily News, Guardian Anywhere and The Independent, as they’re my daily choices, and then had a quick trawl through the Play Store to see what else I could find. One thing that left me feeling incredibly disappointed was the Issuu app; try as I might, I couldn’t even access the content, as it kept telling me my login was incorrect (it wasn’t), so I think I’ll stick to the browser version. Zinio was a happy discovery, as not only can you get popular magazines a little bit cheaper, but you can also find a selection of free articles to read on a variety of different subjects; I came across pieces from Elle Decor, Country Living and Harpers Bazaar, as well as quite a few more obscure titles. They’re mostly from the Spring and Summer, but hey – they’re free! 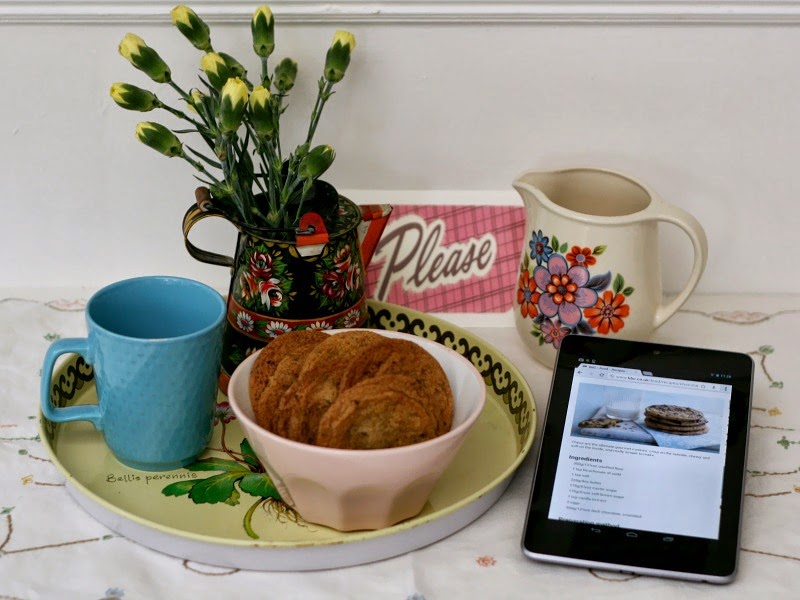 The Cooking Apps
Long-term readers will know of my kitchen-related woes; it’s safe to say, I’m not one of life’s natural cooks. I do enough to get by, but on the whole, I prefer to be doing, well, anything else. I’m quite keen on baking, though, and do often look up recipes online, but problems usually arise when trying to read the next step on a small phone – there’s nothing more difficult than trying to scroll down on a touchscreen, with fingers that are coated in a flour-butter-sugar-egg mixture, while trying to field the five-year-old away from the oven door. While I didn’t really find any cooking apps that jumped out at me, it was the Nexus’s screen size that won out in the kitchen – measuring seven inches meant that the whole recipe fitted on the screen in one go, so no need for scrolling. Also, the fact that the screen stays lit for much longer is an added bonus – no more being plunged into darkness at the crucial moment when you need to know whether to whisk or fold. I did find a couple of apps that were quite good; All The Cooks seemed to have plenty of recipes covering almost every food-related eventuality, while the Good Food app had a few free recipes – be warned though, to access most of the content, you need to pay extra (boo, hiss, BBC!).


The Best of the Rest
Then we come to the other apps that I love, but don’t really fit into any category. Google Sky is an incredible tool and should be enjoyed by everyone at least once, while the National Trust app is ideal for history buffs and fans of crumbly old buildings; by simply zooming in on the map, you can discover places of interest in your local area, and then click through to find visitors details and even a gallery of pictures. I obviously downloaded all of the usual social media tools, and added in Blogger and Kingsoft Office, which means I can now write pretty much anywhere – which is always handy when you work around childcare and have to grab every single available second!