When I was five, I declared that when I grew up, I was going to be an artist. I had no idea how I was planning on funding a life filled with paint and clay, but at that age, the only thing that mattered was that I would spend all day colouring. And, presumably, eating digestives. I went on to study photography and art at college, but my interest waned after that, and I leaned towards writing instead.

I’ve always been a fan of going to galleries, and I do love a good poke around the odd museum and stately home, but since having the kiddos, it’s trickier to schedule trips like this in. While they’re small, and restrained in a sling or buggy, you’re pretty much home and dry. Once they have control of their own limbs, things can easily go awry – they can lie on the floor, say, or occasionally climb into an exhibit and sit amongst the dummies. While the other visitors tut loudly and look on disapprovingly. Or something. So when I found myself surprisingly sans children, I looked up some local galleries, hopped on the train to Chichester and paid   the Pallant House Gallery a visit. 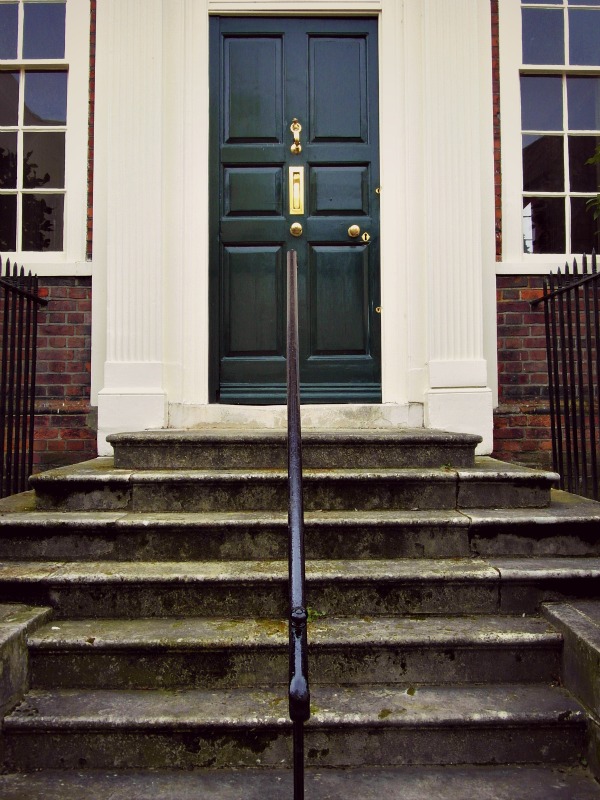 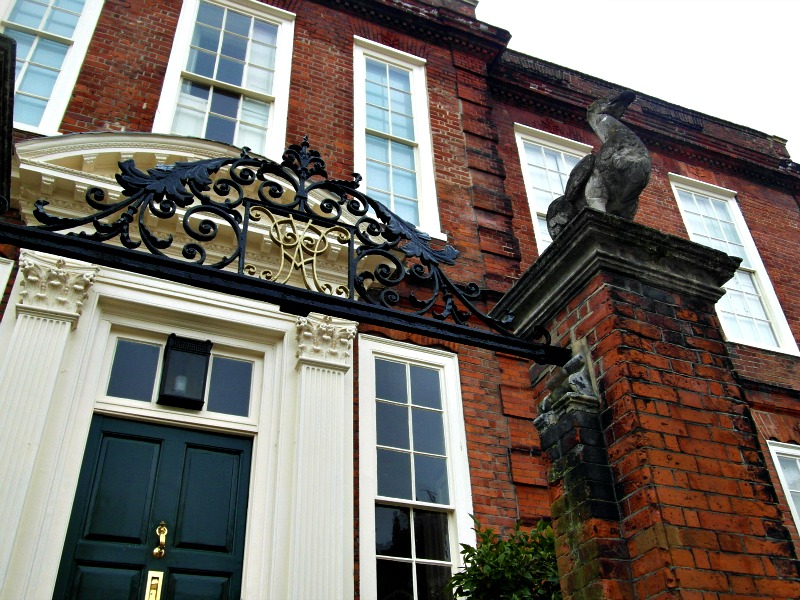 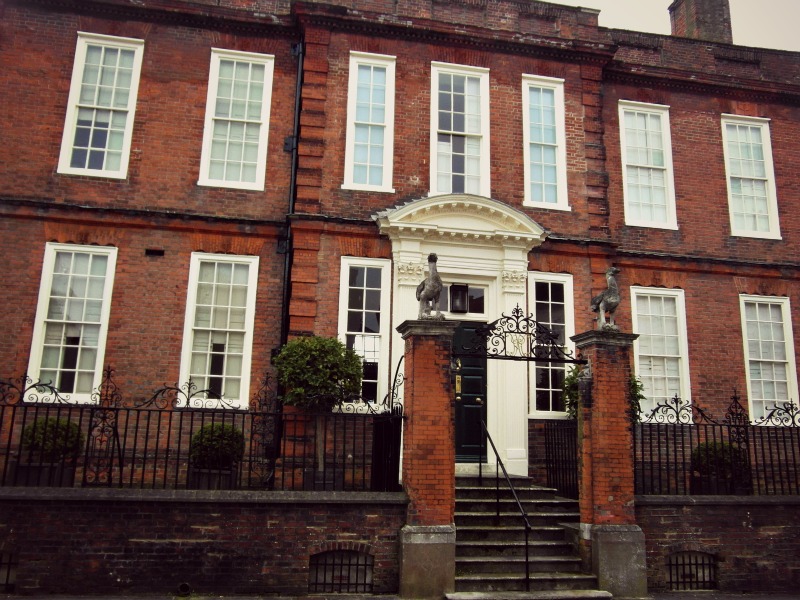 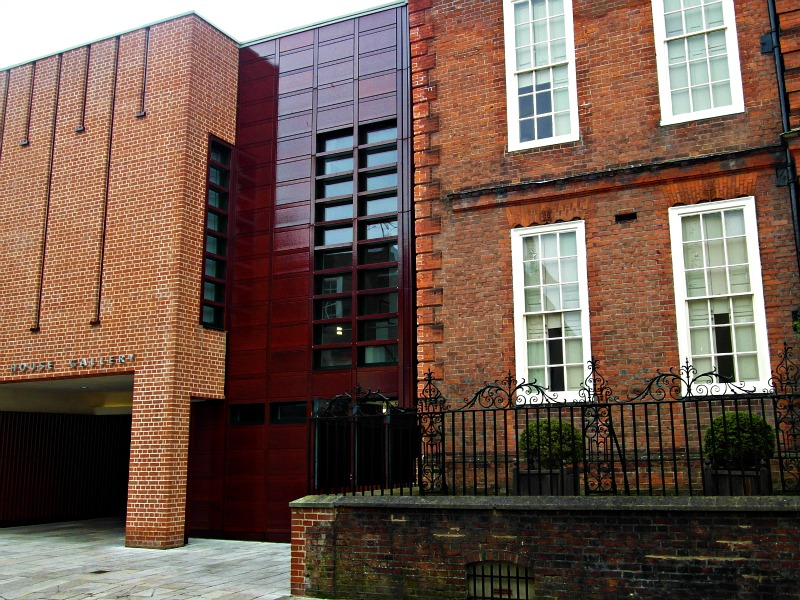 The building itself is stunning – a quirky combination of Grade One Listed Queen-Anne townhouse and a contemporary extension. The older part of the building is home to permanent collections, which include works by Edward Burra, Lucian Freud and Walter Sickert, while the temporary exhibitions are housed in the newly developed area. While I was there, the main exhibitions were The Hospital Drawings by Barbara Hepworth and Obsessions by R.B.Kitaj – two incredibly different, but equally enjoyable experiences. 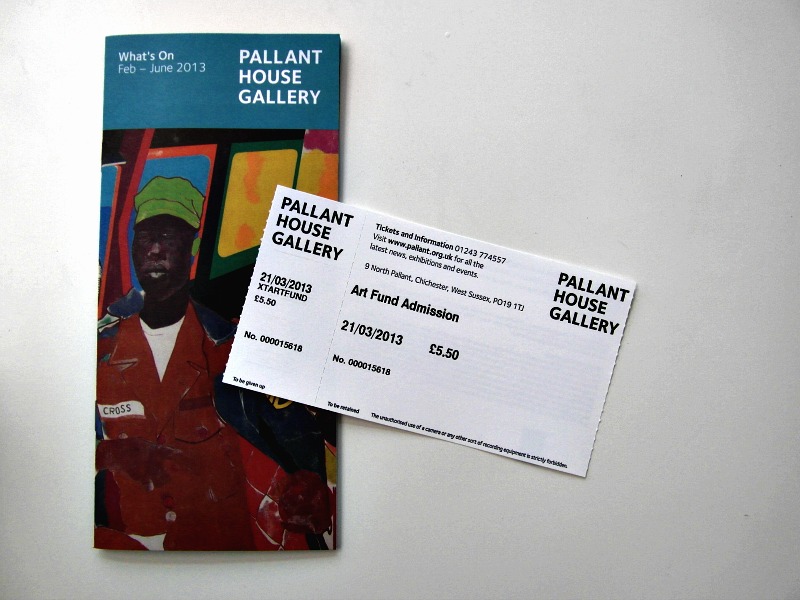 I’m not going to try and write an intellectual analysis of the exhibitions because a) what I know about art could be written on the back of a postage stamp and b) that’s really not the sort of thing I do on this blog. Personally I like art to do two things; firstly, make me ask questions and secondly, please my eyes – and both Kitaj and Hepworth ticked both boxes with their work. Kitaj, to me, was an artist I’d heard of, but never really concentrated much on – I found his work absolutely fascinating. Giant, brightly coloured paintings jostled for space with collages constructed from images, text and sketches; I peered at everything in the closest detail, squinted at every inch of the canvases and soaked up every piece of information that sat alongside the exhibition. The Hospital Drawings by Barabara Hepworth was a smaller exhibition, but certainly no less interesting – in fact, it was my favourite of the two, simply because I was more interested in the subject matter. Kitaj produced incredible politically themed works, which were wonderful, but I spent a lot of time wishing I had enough signal on my phone to Google the tens of thousands of questions that kept popping into my head. Hepworths drawings and paintings are a visual study of surgical procedures between 1947 and 1949 – regular readers will know that I’ve got a slight preoccupation with this period, so it was pretty much a given that I’d enjoy the exhibition. The title, to me, suggested a series of gruesome images; stark operating theatres, dirty surgical instruments and specimen jars, but in reality, I couldn’t have been more wrong. The paintings had a gentle air about them, and I actually found them fairly calming – whether it was the blue tones, or the soft shading, I don’t know. All I know is, I like them. Simple as that.

Before I left, I had a rummage around in the gallery shop (because, let’s face it, what’s a day trip without a visit to the gift shop?), which left me feeling perplexed – there was an absolutely astounding array of beautiful things, and I spent way too long wandering around with my hands full of things. I eventually decided on a couple of cards (which are now on my wall) and the best (and hopefully easiest) sewing project ever… 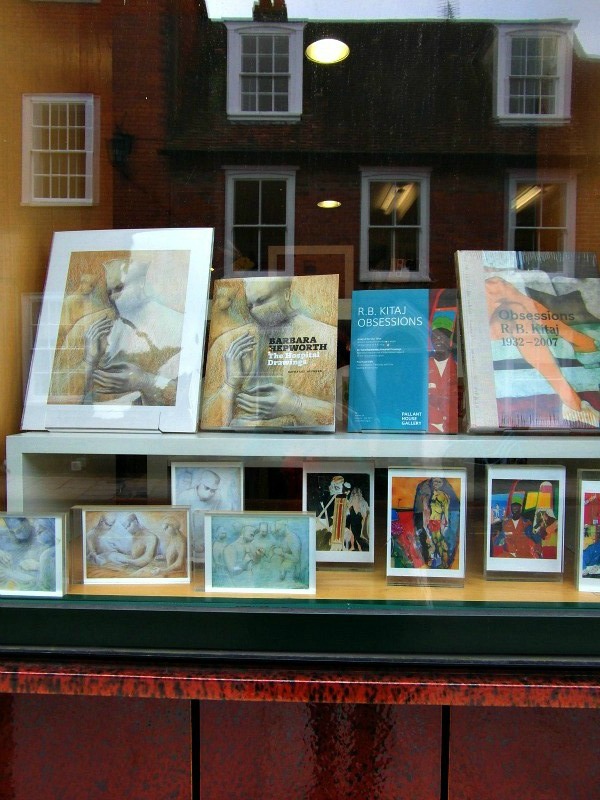 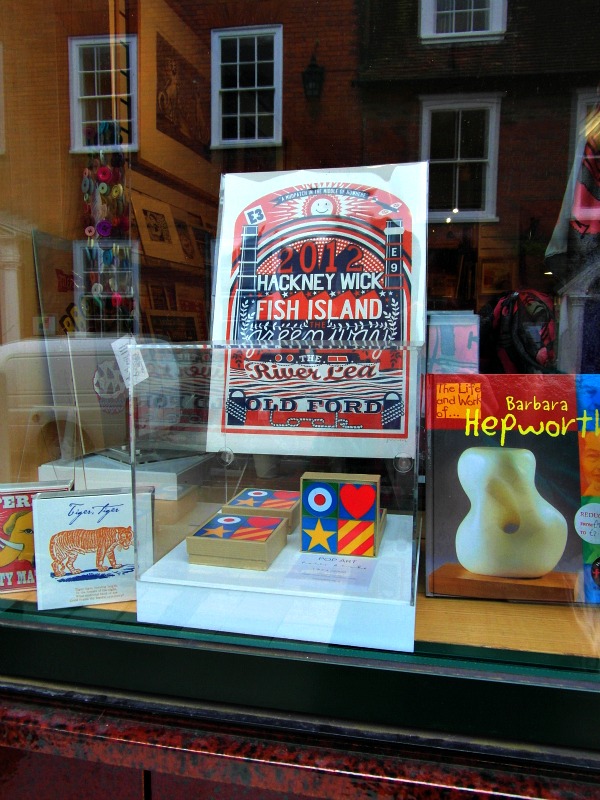 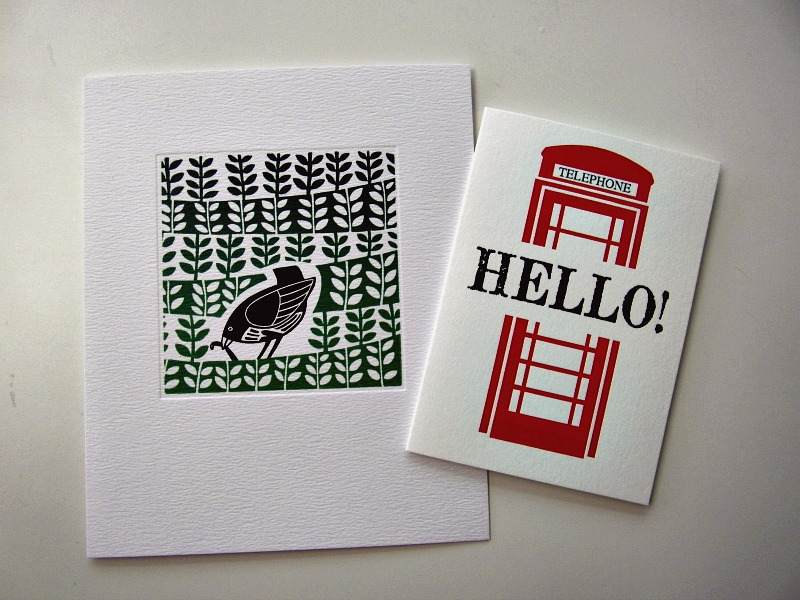 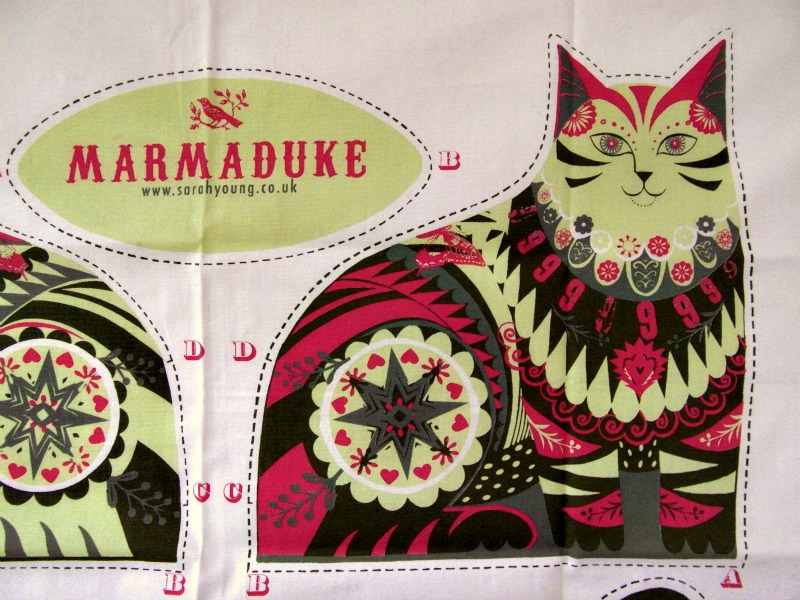 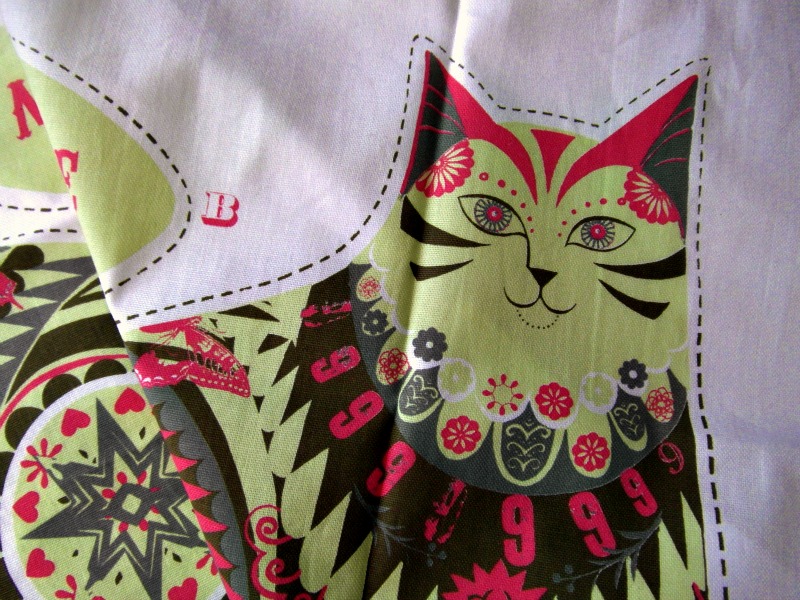 ‘Marmaduke’ by Sarah Young is probably the best sewing-related thing I’ve ever seen – you can either use him as a tea towel, or cut him out, sew up the pieces and fill with stuffing to make a toy or cushion, or dried beans to make a doorstop. I’m planning on adding him to the kiddos room once he’s done, but to be honest, I’m not entirely sure he’ll make it upstairs…. Sarah produces amazing work, including several other tea towel designs – you can see more of her incredibly beautiful designs here, and her blog is here.
I also managed to find two amazing side plates in a charity shop nearby for 50p each – talk about a great day! 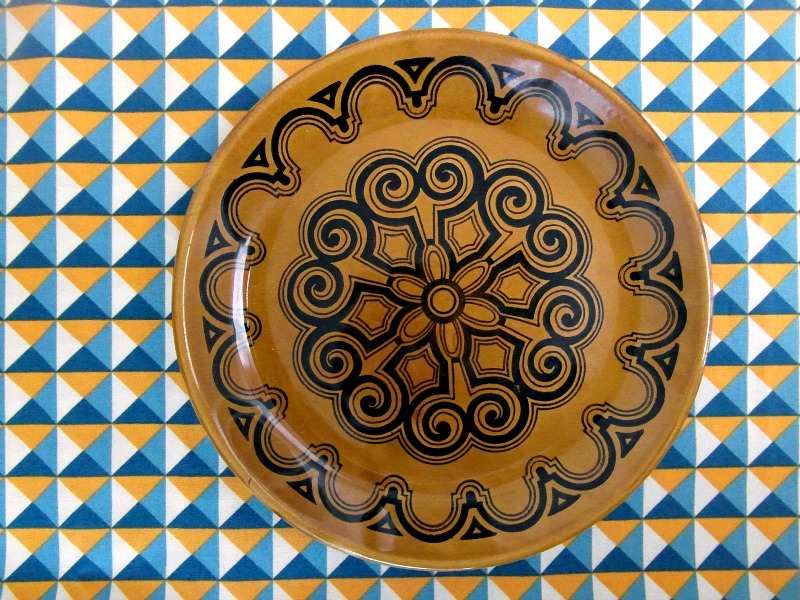 There really are so many amazing events on at the moment – I’m dying to see the Man Ray Portraits exhibition at the National Gallery, and the Lichtenstein retrospective at the Tate Modern. Unfortunately, they’re in London with the hip young things, and I’m in Portsmouth with, well, two young things.

This is a sponsored post for the Art Fund, an incredible fundraising charity which work towards helping galleries and museums acquire works of art, so the likes of you and I can rest our peepers on them. I wasn’t paid, but they did send me a National Art Pass, which I honestly cannot recommend highly enough – a one off fee gives you reduced (and often free – free!) entry into museums, galleries and stately homes throughout the UK, as well as discounts in many gallery shops. When you purchase an Art Pass, you also receive a thick book absolutely stuffed with details of where you can use it, what benefits you receive and various other details, as well as a subscription of their fantastic magazine, Art Quarterly. If you’re a fan of art, it will literally be the best thing you ever buy – if they hadn’t sent me one, I can safely say I would have bought one anyway, and will be renewing my subscription once this one runs out. Thanks, Art Fund!