My first post of 2013 – happy new year to all my lovely readers! Here’s hoping you’ll all continue to enjoy my half-finished projects, environmental experiments, pictures of old tat and occasional ranting for the next twelve months.

I’ve read heaps and heaps of new years resolution posts lately – and I have to say, this time around, I made absolutely none. I don’t smoke, don’t really drink much, tend not to go out to clubs and whatnot and we can’t really afford takeaways, so that counts out all the usual things. I could have said I won’t buy as many magazines (absolute sucker for The Simple Things), or I’ll stay away from charity shops, but I already know in advance that neither of those things are going to happen. Neither is any of the following:

1. Become an excellent good competent cook. I’m rubbish in the kitchen, honestly I am. I’m not too bad with baking, but when it comes to meals I usually churn out the same (easy) stuff. I am going to try and attempt some new things, but don’t wait with baited breath, because it’ll probably look like a turd on a plate.

2. Watch less TV. I can guarantee this won’t happen. I like nothing more in the evenings than curling up on the sofa with the Husband, crafting away while we watch telly. Usually it’s a box set – at the moment, we’re working our way through Fringe, and it’s ACE – but occasionally we’ll catch something wildlife-y or funny. I never watch soaps. Cough, cough.

3. Stop buying yarn. I can’t. It’s an addiction, a disease. There should be some sort of helpline.

4. Stop eating so much chocolate. It’s a bit like expecting me to stop breathing.

5. Limit my internet time. I have an ongoing battle with this – I don’t spend a lot of time on Facebook, but I do read a LOT of blogs and articles online. I’d like to spend less time connected, and have one of those detox thingys people are always talking about, but I really don’t think I could manage it. Perhaps I’ll try having one evening a week where I turn my phone off and leave the laptop in the other room. Or perhaps I won’t. Ahem.

This ties in quite nicely to something else I’ve thought about a lot over Christmas – my Twenty by Thirty project, where I basically made, on reflection, the worlds most unrealistic list of things to do by my thirtieth birthday. Which is in six weeks time.  While everything on the list still stands, and they’re all things I hope to accomplish, the time frame was beyond ridiculous. How on earth did I think I was going to achieve so much, in such a short space of time, with two children to look after? I was talking about it with the Husband, and he asked why I kept trying to cram so much in to my days. When I replied that I didn’t want to waste any of my time, he said, “but you spend so much time rushing about, that you never seem to enjoy anything. You just end up cross.” I had to admit, the man talked sense. I think it’s taken me four years to realise that being a parent is tiring, time consuming, stressful and hard. Setting time restricted goals is ridiculous, and I’m just setting myself up for failure – not to mention the fact that I seem to keep missing the enjoyment in everyday things.
I did manage to tick off a couple of things from the list already though – namely, the haircut. Behold, my short, red barnet: 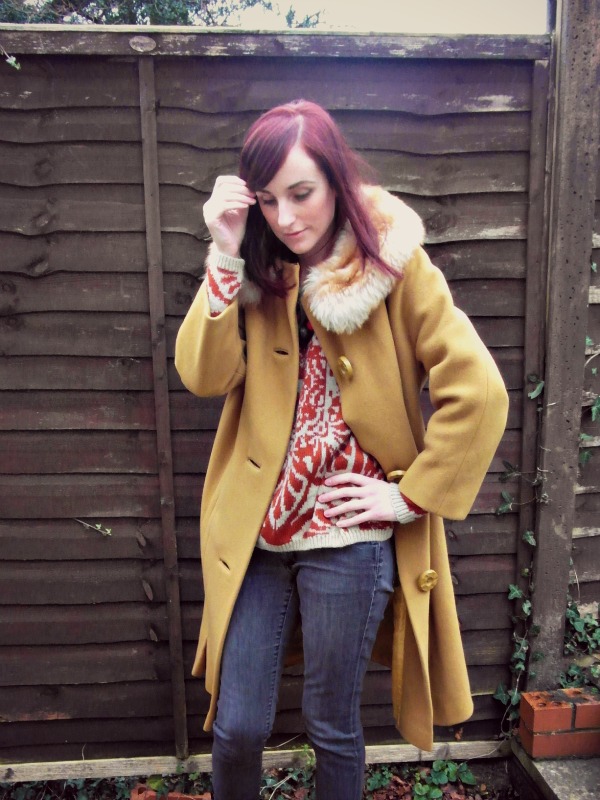 I’m going to just come out and say it – I don’t like it. The novelty of a ‘proper’ haircut wore off after about two weeks. It takes longer to do – my hair has a natural curl, and if I don’t do something with it, I end up with a ‘fro. The fringe is too short – see how I’m trying to tuck it behind my ear? I do that on average 6454729246 times a day, and it never stays there. My Mum pointed out that it was just loads of dead ends, and really needed the chop – I don’t care, I declared, I want my ends back. I’m also fed up with the red – I did it over Christmas, and now Christmas has been and gone. I want it to be more browny-red (think Florence meets Alys Fowler) but I’m totally off the hair dye after reading up on the chemicals *shudder*. Sigh.

I have got aims for the year, though – the biggest being to really up my environmental and activist game. I stumbled across the Craftivist Collective way back last year, and have finally decided to join in with them on the #imapiece project, which supports Save the Children’s Race Against Hunger campaign. I’m going to do a separate post on this in a couple of days, when I’ve finally finished my crafty piece, but it involved embroidery (which I’ve only just learnt but LOVE – ha, take that knitting, in your woolly face. I don’t care that I can’t master you, I’m a dab hand with a needle and thread) and feeling like I was actually helping to make a difference, which was ace in itself. 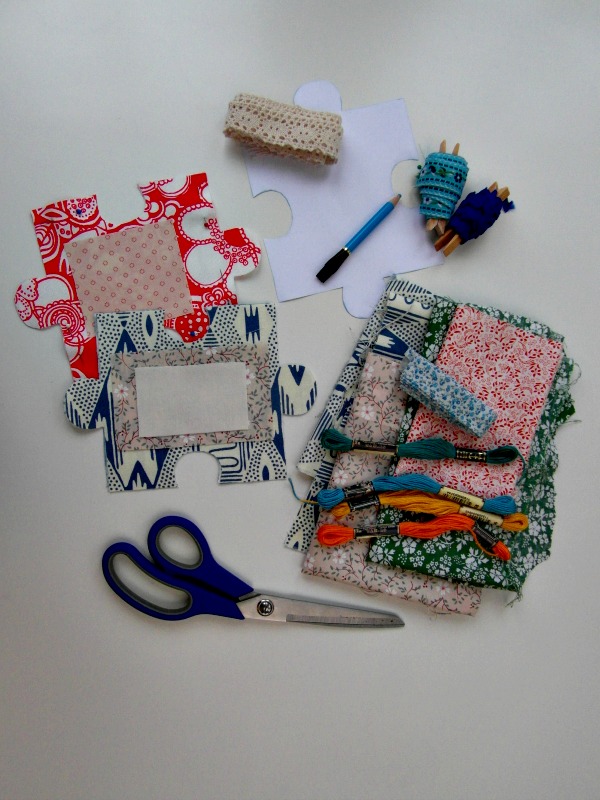 I’ve finally, finally got round to making some homemade laundry powder, thanks to Hannah’s recipe from her blog. I’ve swapped my usual make-up for something more eco-friendly, and I made my first visit to Lush (and possibly my last, since it’s pretty pricey and we’re pretty skint-o. I was actually drawn in by a table full of leaflets and a big banner that shouted, ‘CLIMATE REVOLUTION’. I got a free badge too! Simple things….). I’ve got all the ingredients to make my own liquid hand soap (thanks to that Mel Wiggins), I’ve got loads of seeds to grow enough veg to feed us through the warmer months (and I’m hoping for some gluts to get us into next Winter as well) and I’ve sorted the garden ready for planting. 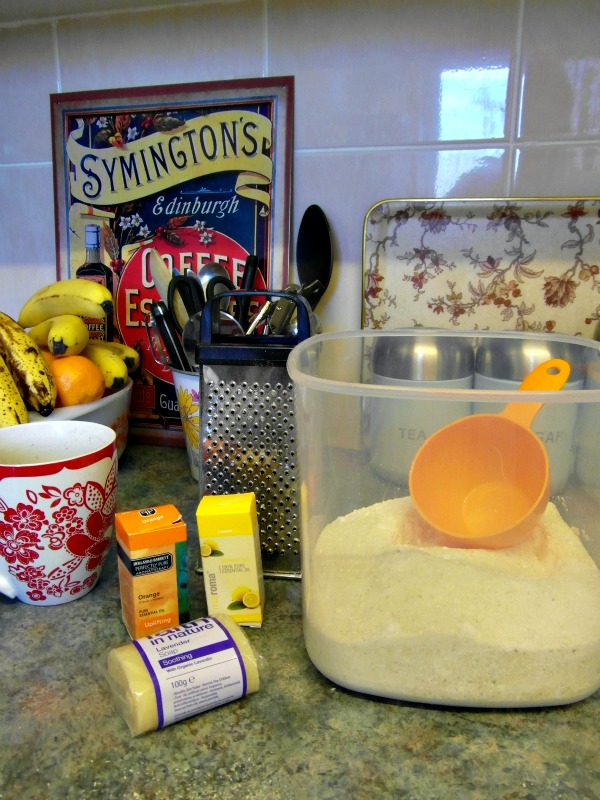 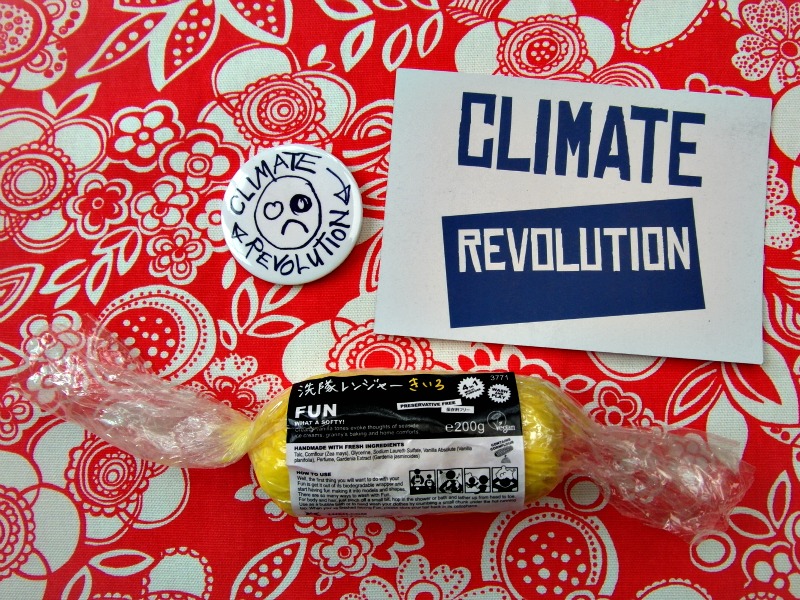 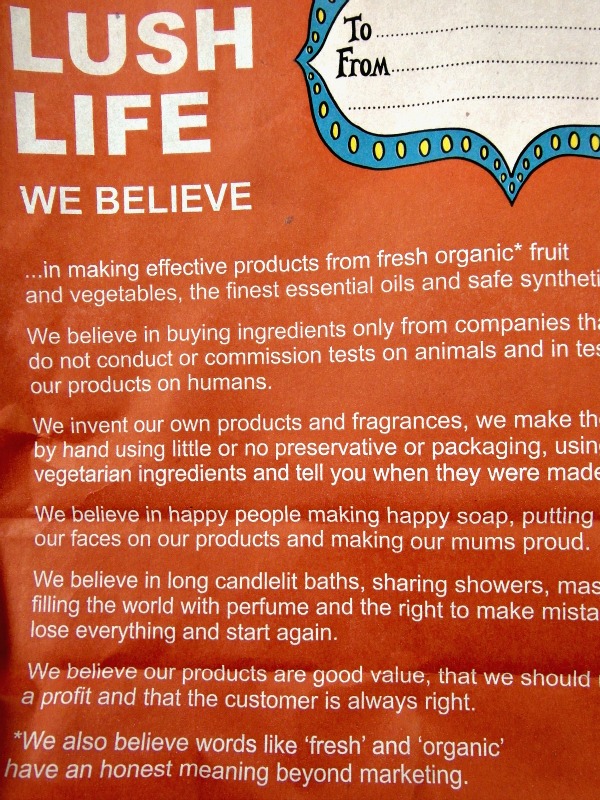 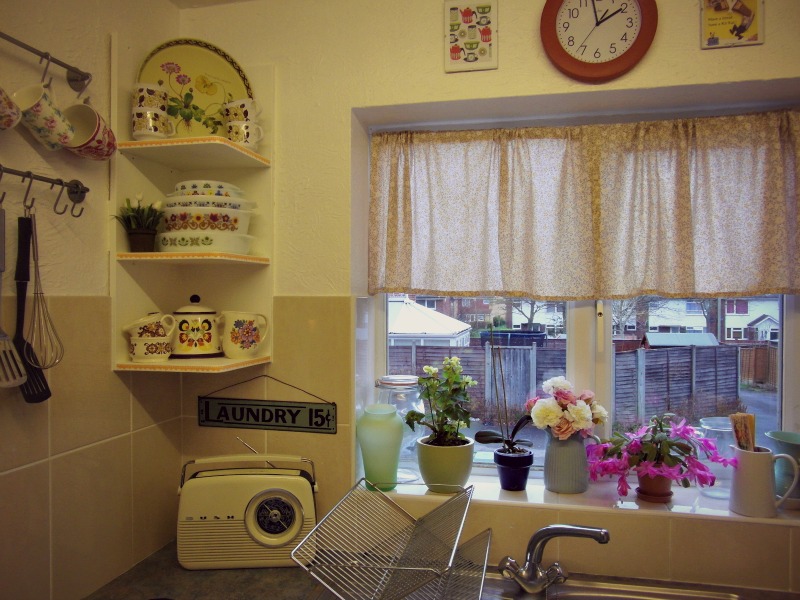