Ever since I can remember, my Mum has been the one person I can spend an unlimited amount of time with. Whether chatting, or just sitting in amiable silence, I feel at my most relaxed and happy when I’m around her. She’s magnificent; the most selfless person I know by far, and she seems to have an unlimited amount of patience and kindness. She nursed her Mother-In-Law through dementia, and has attended the birth of both of my children. She has encouraged me, nurtured me, mended me and brought me back from the depths of despair. She is everything I want to be, and I’d be nothing if it weren’t for her. I love her to pieces, and thank God every day that I was blessed enough to be her daughter.

Usually for Mothers Day, my Mum gets treated to numerous bunches of flowers, a book and a box of fudge (she’s not really a chocolate lady). It’s a tried and tested method; I know she’ll like them and it doesn’t break the bank – everyone’s a winner.

This year, though, I decided to do something a bit different. My Mum bakes every single week without fail – cakes for lunch and tea, puddings, pies – the lot. As part of her present, I thought it might be nice for her to be on the receiving end of a few baked goodies for a change, so I popped over to the Baking Mad website and looked up a few Mothers Day recipes. As much as I wanted to try a cupcake bouquet, I decided that I probably wasn’t quite up to constructing a faux floral display from cake (my cake successes are more banana bread than British Bake Off), so I had a trial run at the Mothers Day cupcakes. 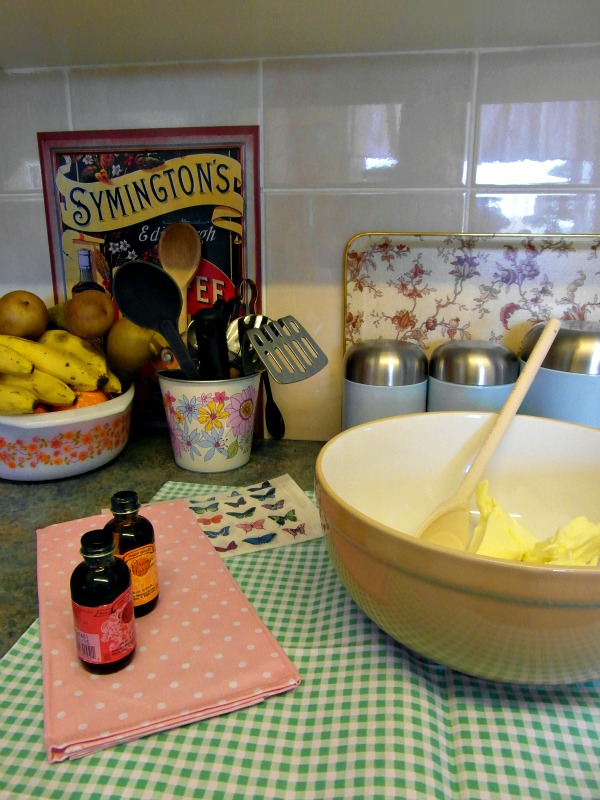 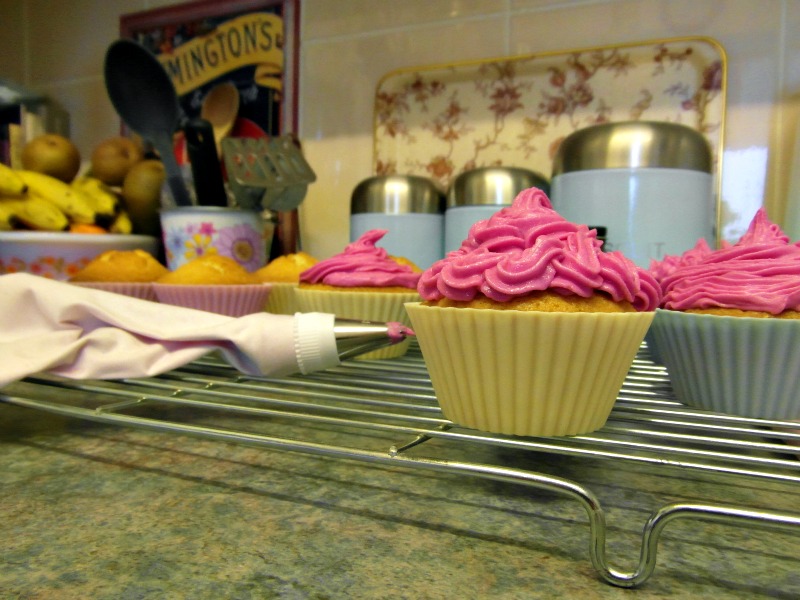 They turned out pretty well, although I have to admit that using an icing bag is a lot trickier than I anticipated. I ended up with pink buttercream that was an awful lot more lurid than I intented, and there was icing everywhere – I tried to go all Mary Berry and do a fancy little flourishy-swirly-thing (that’s a technical term right there, folks) on the top, but it just ended up looking like someone had nudged my arm at the last minute.
The cakes themselves tasted pretty good, which I put down to adding some Nielsen-Massey Rose Water to the cake mix. I’d never even heard of the stuff until I read the recipe, but let me tell you, it gives cakes a whole new dimension. It’s quite pricey (£3.99 for a small bottle), but a teaspoon of the stuff was enough to flavour the entire mix, so I’m guessing it’ll last quite a while. All in all, they turned out pretty well, and I was quite proud once I’d stood them on their little cake stand… 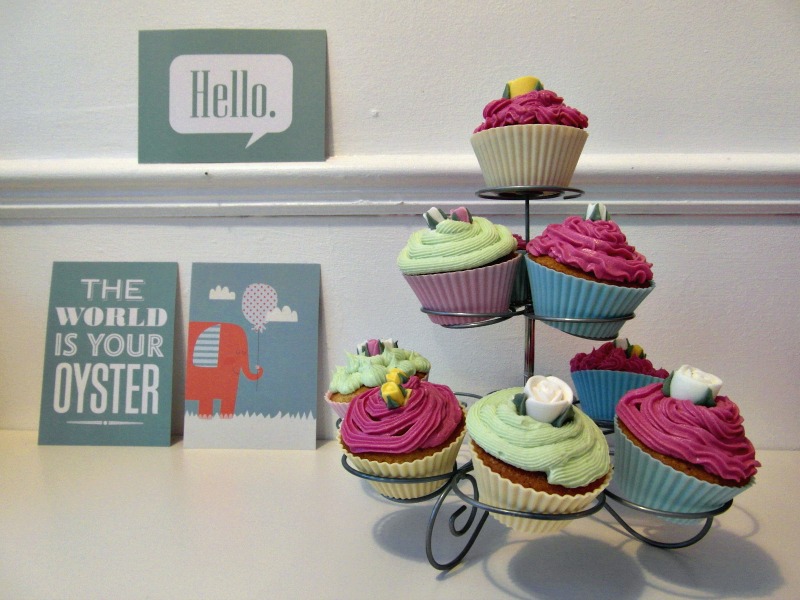 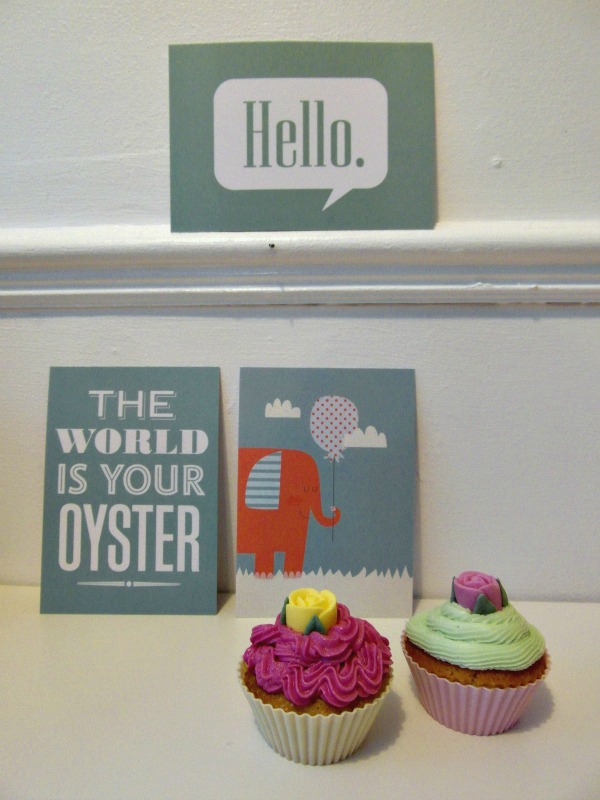 Along with whichever cakes I decide to make, I’ve found some pyrex plates to give Mum for Mothers Day (she wants them to bake her pies on, but who says you can’t eat cake from a dinner-sized plate?!), her usual book and also a little makeshift IOU voucher for a trip to Gilbert White’s House, which is renowned for it’s tearoom and garden. We decided that it would probably be a more worthwhile visit if the garden was full of blossom and blooms, rather than puddles and twigs. Hurry up, Spring!

Disclosure: This was a sponsored post for the lovely people at Baking Mad. They didn’t pay me, but I did receive a cupcake stand, three tea towels and an icing bag kit.