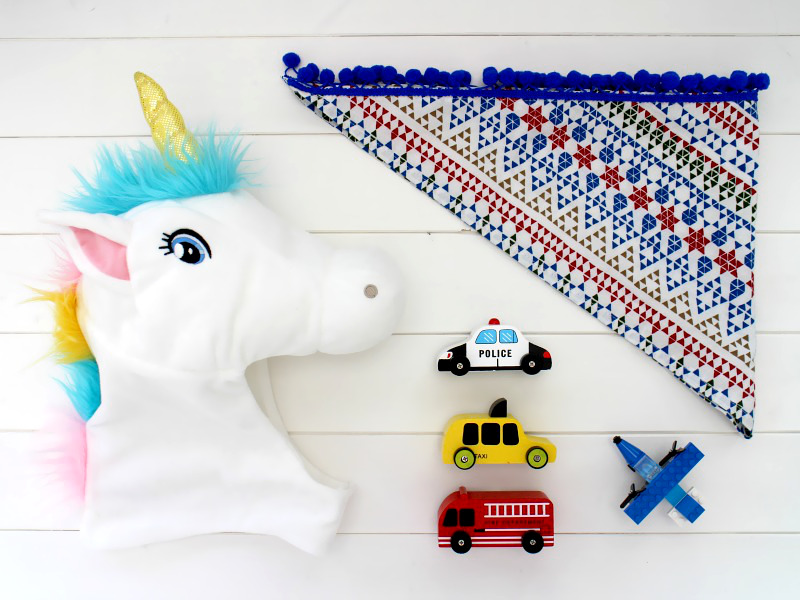 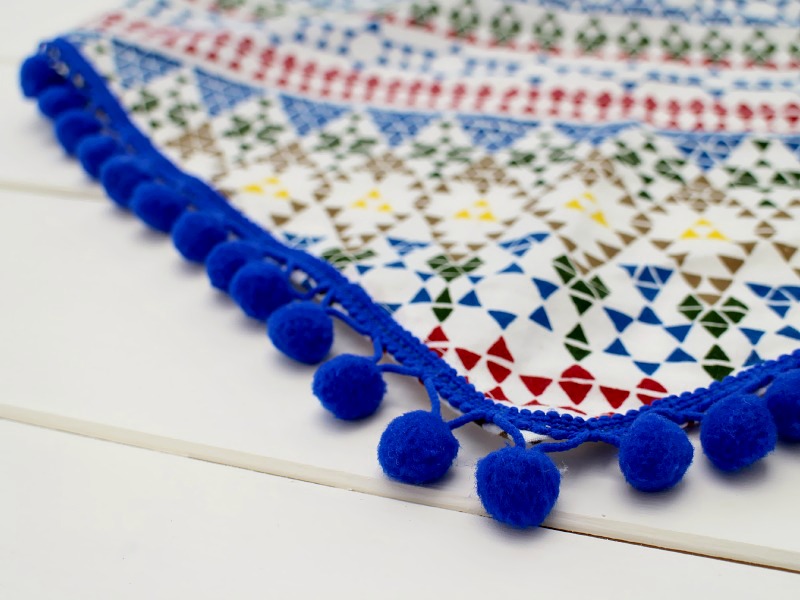 It seems like only yesterday that I was writing up the post announcing my second pregnancy; I remember I wrote something about all the things we’d been doing lately, then snuck a picture of me with a very visible twelve-week bump on the end. That little bump is now a superbly robust, funny, adorable, adventurous, clever three-year-old, who has a passion for climbing, running, jumping, dancing and drawing, and has already developed a taste for clothes with wild patterns and colours (no idea where she gets that from…. ahem….)

I’ve got a separate post coming up about the day itself, but I wanted to write a bit about the presents we bought her; everyone knows I have serious issues with gender specific clothing and toys, but at the same time I don’t agree with trying to coerce, shape or restrict children into what you think they should be. Which meant that when she asked for a princess dress, sparkly sneakers and a Barbie-type doll, I had to grit my teeth, suck it up and get on with it. I literally couldn’t bring myself to buy her an actual Barbie, so I opted for a Lottie doll instead; the premise is the same, except Lottie is child-appropriate with realistic proportions, and rather than a selection of outfits in various shades of pink, there are clothes for a superhero (with amazing winged gold boots!), a butterfly conservationist, a pirate and a schoolgirl. ‘Now,’ I thought as I loaded up my online shopping basket, ‘this is a doll I can get down with.’

Apart from Lottie, there was a unicorn head, some Lego, some cars, the sparkly sneakers and several books. I had grand ambitions to make loads of stuff (I even made a list!), but only had time to get one finished – a suitably loudly printed triangle scarf, complete with blue pompom trim. I made it from an old IKEA pillow case, and it all started rather well – I even made a template from paper first – but soon descended into raw-edge-hell. Still, once the trim was on (look how straight and even it is! Look!), it looked pretty good, and she seemed suitably pleased with it. Although you wouldn’t know it from the only picture I managed to get….. 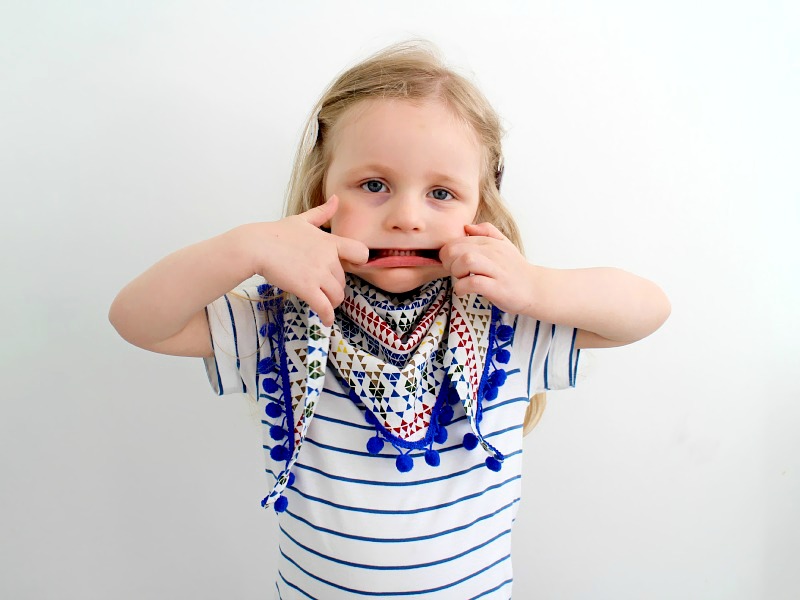