I’ve managed quite a few posts over the last week, which is surprising as writing-wise, I’ve never been busier. I’ve been to Statford-upon Avon (and Stratford, London, incidentally, but more about that later…) to research a feature, I’ve been to some art galleries and museums for a future blog post, I’ve been crafting up a guide to scrapbooking, and I’ve been crafting my little heart out for a few different places. 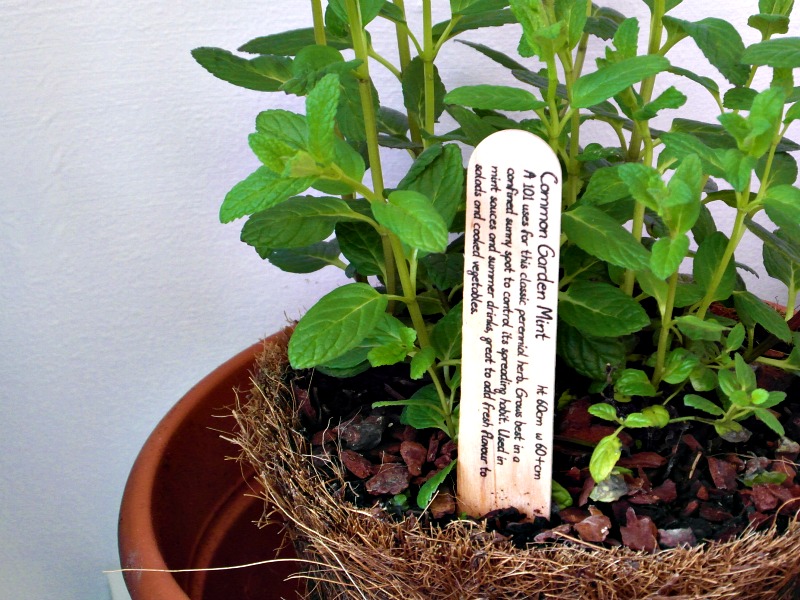 What I haven’t been doing much of is gardening, which has given me the right hump. It’s April (tomorrow), the sun should be shining, the birds should be singing, and I should be transporting all my seedlings out into their pots and beds in the garden. Instead, I’ve spent the last week peering under my polytunnel desperately to see if there’s any sign of Spinach or Kale (I think I might have seen a shoot on Friday, but in all honesty, it could be the start of a dandelion. Sigh), and stomping around the patio crossly, cursing the weather which seems to have forgotten what it should be doing. I bought some garden mint a couple of weeks ago, and so far the closest it’s gotten to the garden is my desk in the conservatory. Humph. I’ve been doing a lot of crochet; hats, blankets and other bits and pieces for a new baby, and also starting to work on my range of bits and bobs made from recycled yarn. I’ve got loads of hastily scribbled designs in a tatty notebook, and have grand plans for things with lovely colours and patterns. Chevrons and stripes and ripples, oh my! 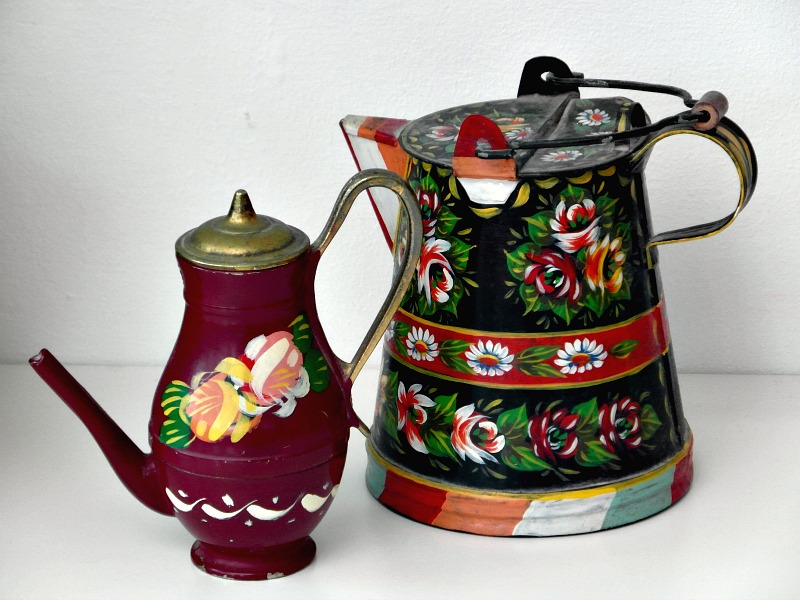 I was quite happy to stumble across a range of treasures over the last couple of weeks, from charity shop plates to antique store tray cloths, and the most beautiful coffee pot you’ll ever come across. I’ve also done that thing where you find a box of stuff, that for whatever reason has been forgotten, and inside it’s a little like Aladdins (tat filled) cave. I rediscovered my folk-y pots this week, and seriously could not have been happier, especially with the larger one – I’ve had them for so long, I can’t even remember where they came from! 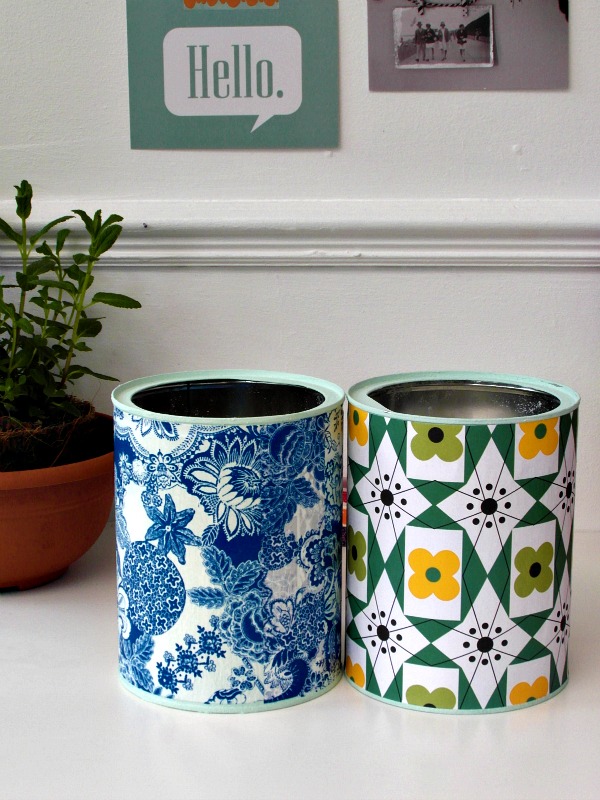 A while back I mentioned I was going to be doing a post using old milk tins – I’m still slogging away, painting, sticking, drilling and stacking them, but I live in hope that one day I’ll actually be able to share the DIYs with you. Until then, here’s a picture of my two favourites – the paper on the left is proper decopatch paper, which I got in a total mess with, and the paper on the right is ordinary wrapping paper, which I didn’t. I think you can see what I’m saying. Ahem. 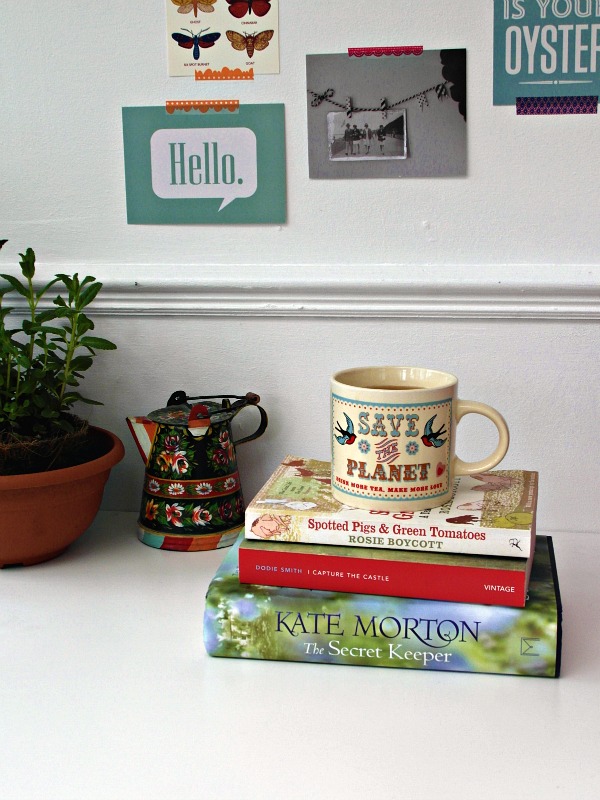 I had a bit of time away from the computer lately, and now seem to have several books on the go – I’ve got a pretty big bookshelf section absolutely stuffed with books I’ve never read, and I’m a bit crap when it comes to choosing just one. I can take one down, settle on the sofa, and almost hear the others whispering, “what about us? What about us?” I usually have about three or four books on the go at any one time, which is rubbish really because I get the stories muddled up, and nothing ever gets finished. Ahh well. I’ve got stuck in to Kate Morton’s latest novel, The Secret Keeper, and I’m happy to report that just like the others, it’s a corker. If you’ve never read her stuff, you really, really should – they usually hop between eras, and there’s always a huge, tangled mystery that needs solving. Her books are great big tomes that work best on a dark night, on a comfy sofa, under a blanket with a huge mug of tea. Bliss. In an attempt to keep myself motivated along the growing-my-own route, I’m reading Spotted Pigs and Green Tomatoes, about a journalist-turned-farmer – it manages to be hilarious and thought provoking all at once, and I’m hopeful of actually finishing it soon. Lastly, I’ve only ready three pages of I Capture the Castle, so I can’t actually tell you what it’s about yet. Ahem.
To accompany all this reading, I’ve been drinking a whole load of tea – firstly because it’s still sub-zero outside, and what’s better to pick yourself up with than wonderful, hot, restorative, soothing tea, and secondly because I bloody love it. Twinings were kind enough to send me some of their English Breakfast loose-leaf tea bags, which are marvelous – I’ve been wanting to try loose leaf for ages, but my teapots are strictly ornamental, so these were perfect. No fiddling around with tea strainers, or fishing tiny bits out of your cup, just the extra flavour. Slurp. We buy a lot of Twinings organic tea anyway – the Husband is a huge fan of their spiced blend, and I love the brand because of their ethical, social and environmental commitments. They’ve even teamed up with Alice Temperley to create a range of beautiful products including  an amazing silk scarf. Lovely! 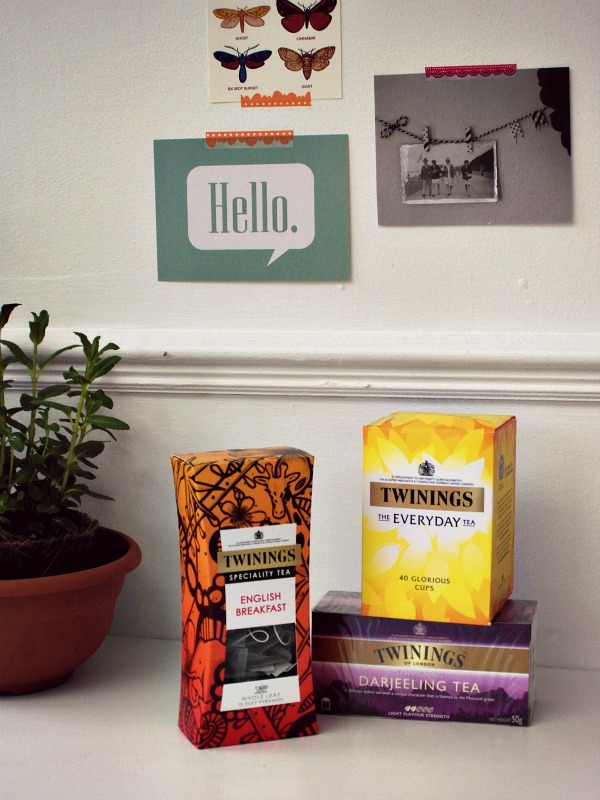 Disclosure: This was a sponsored post by Twinings, who did not pay me, but did send me three boxes of tea bags. Thank you!