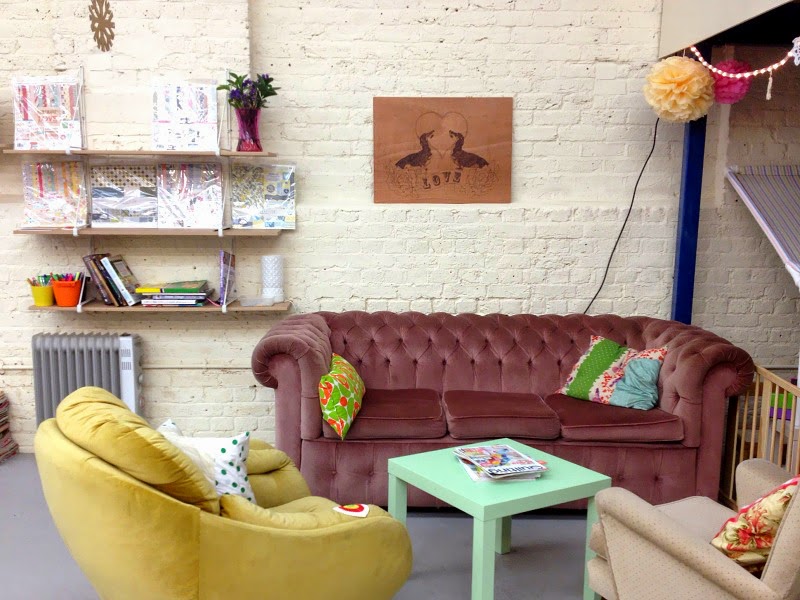 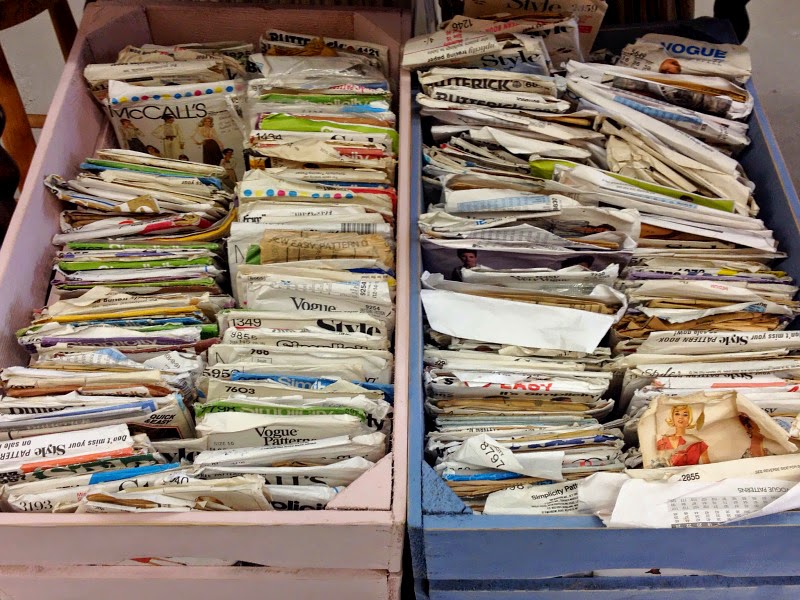 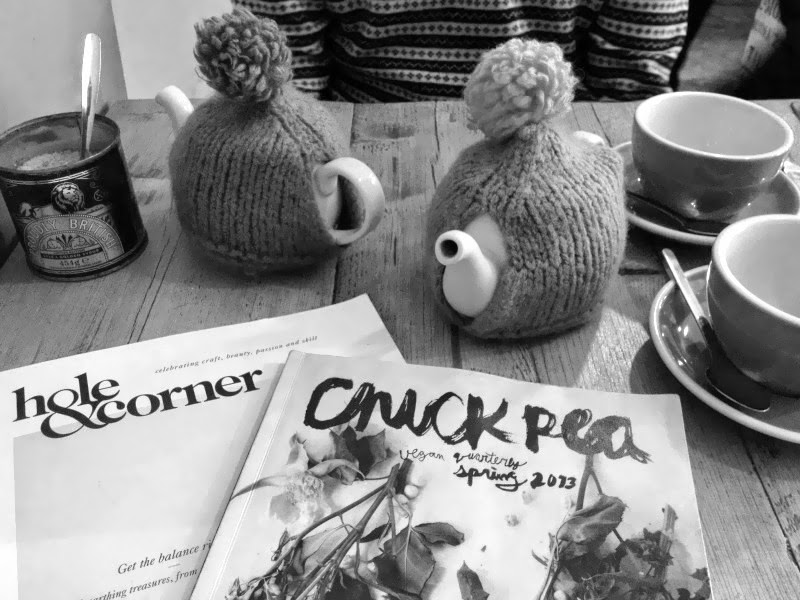 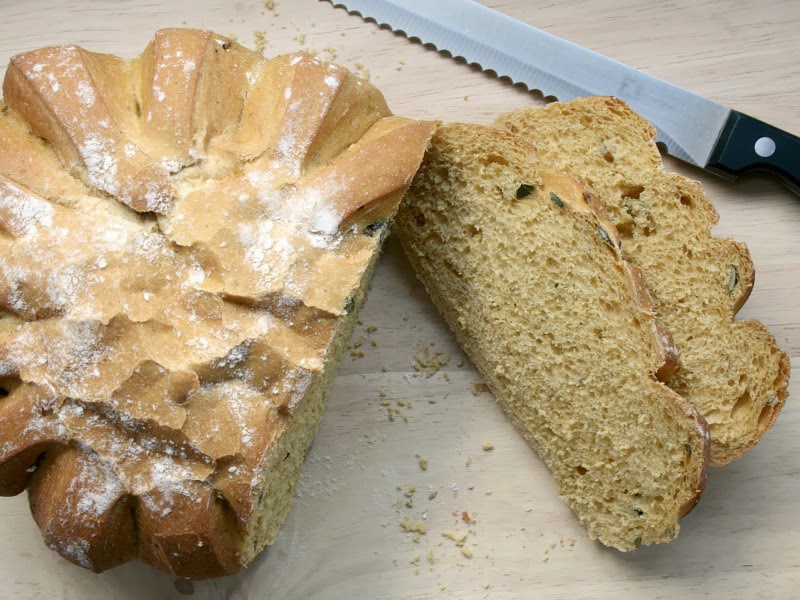 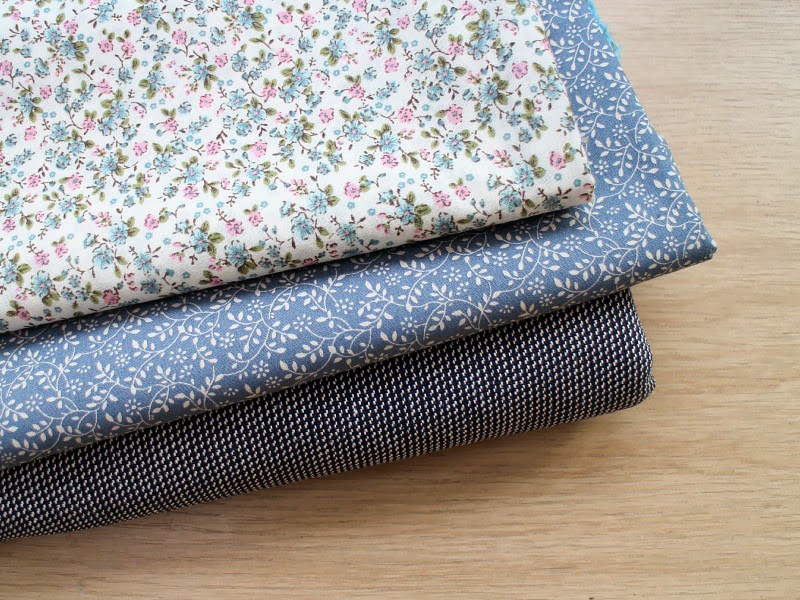 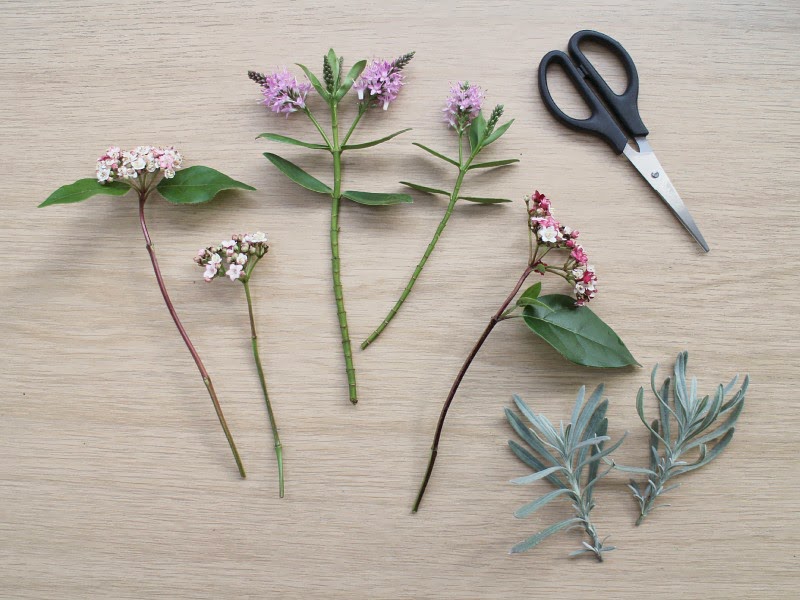 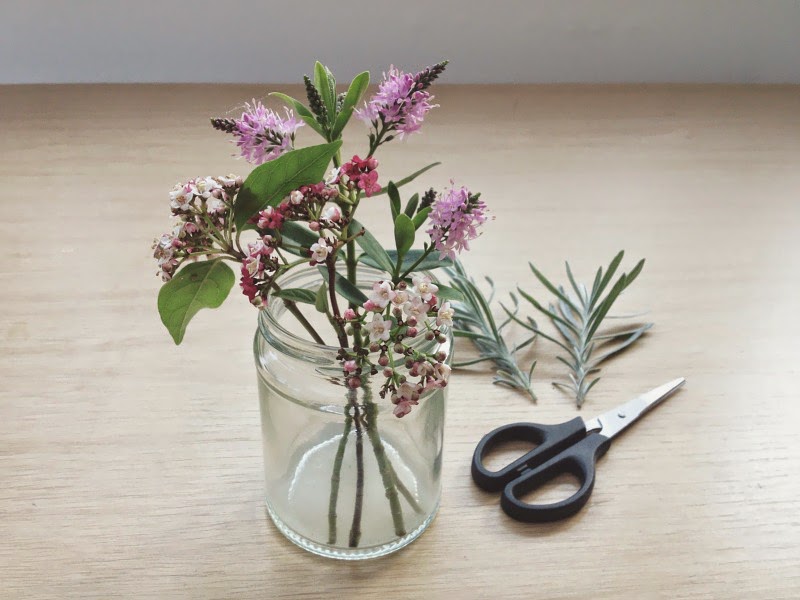 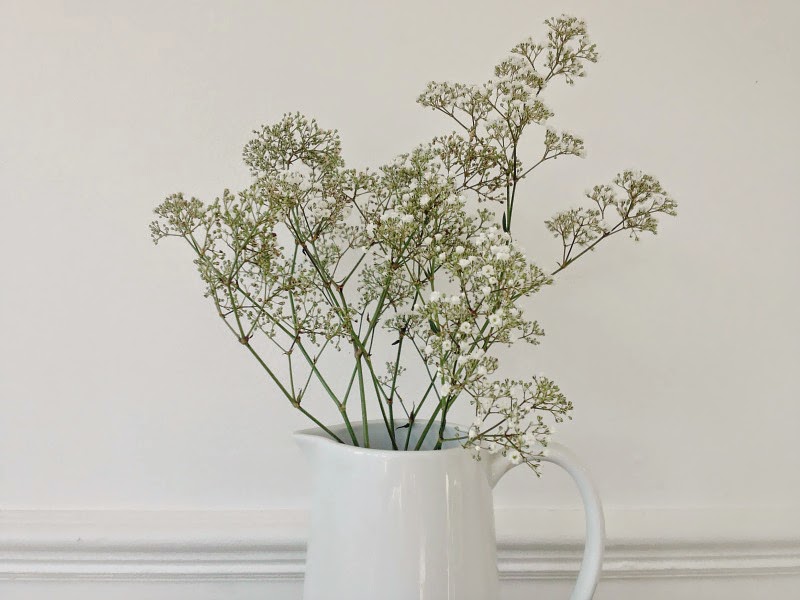 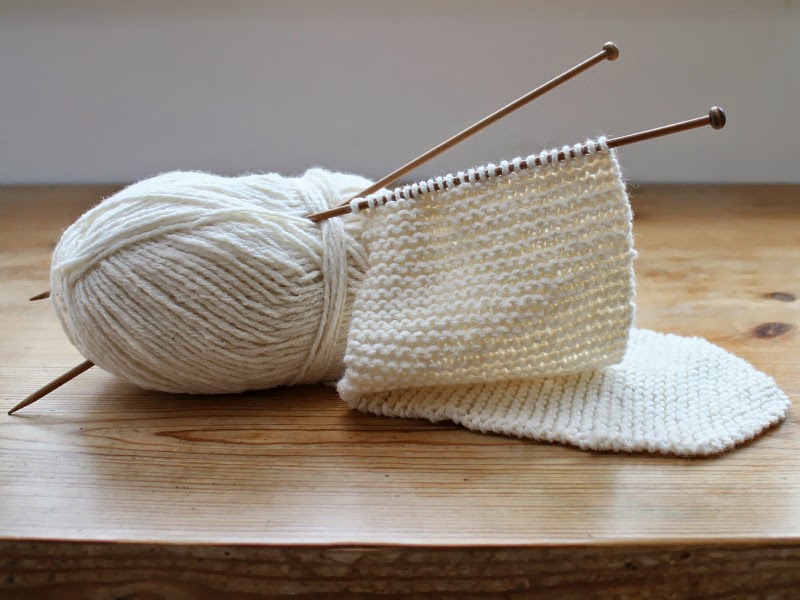 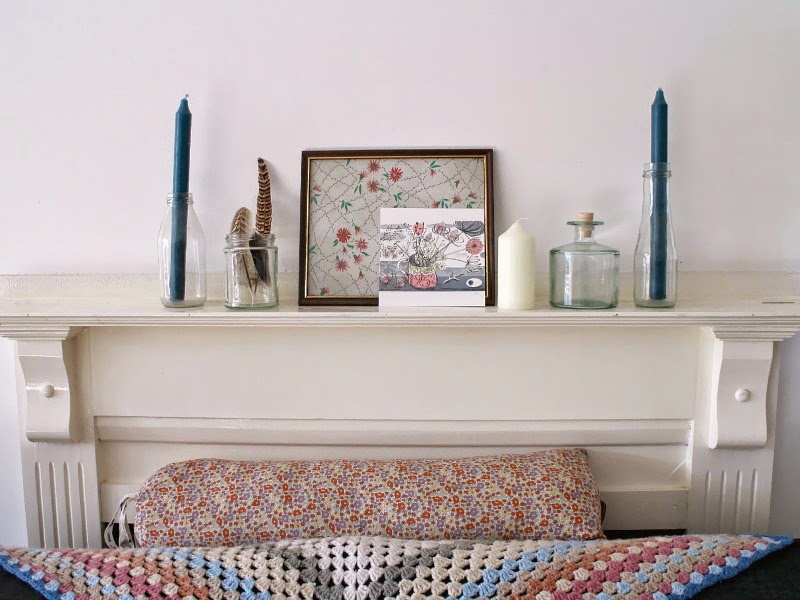 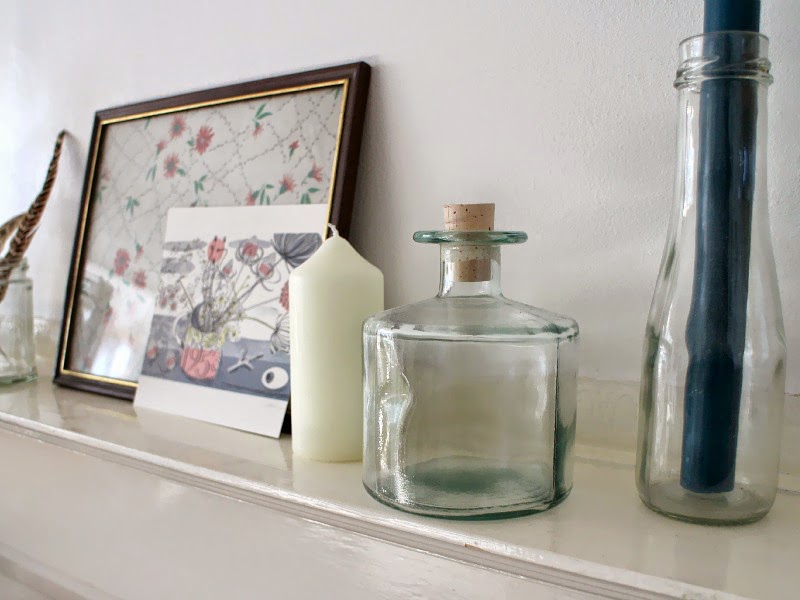 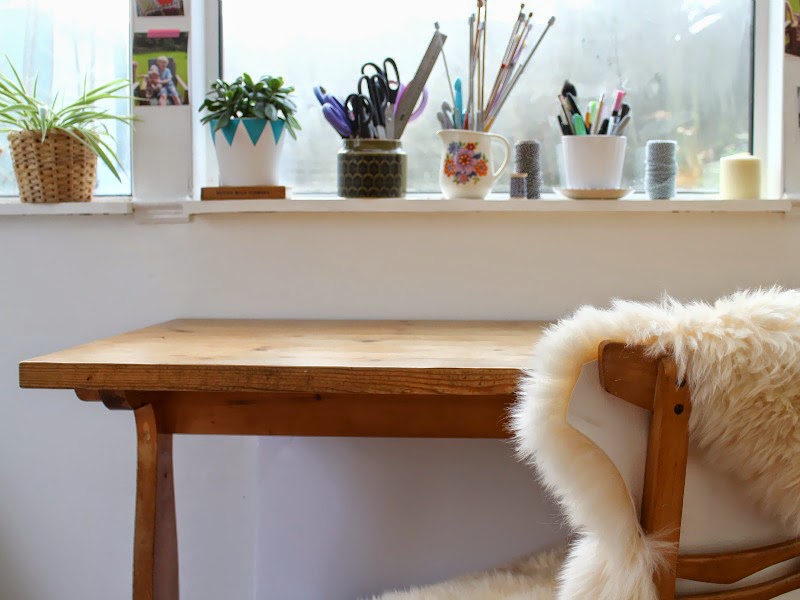 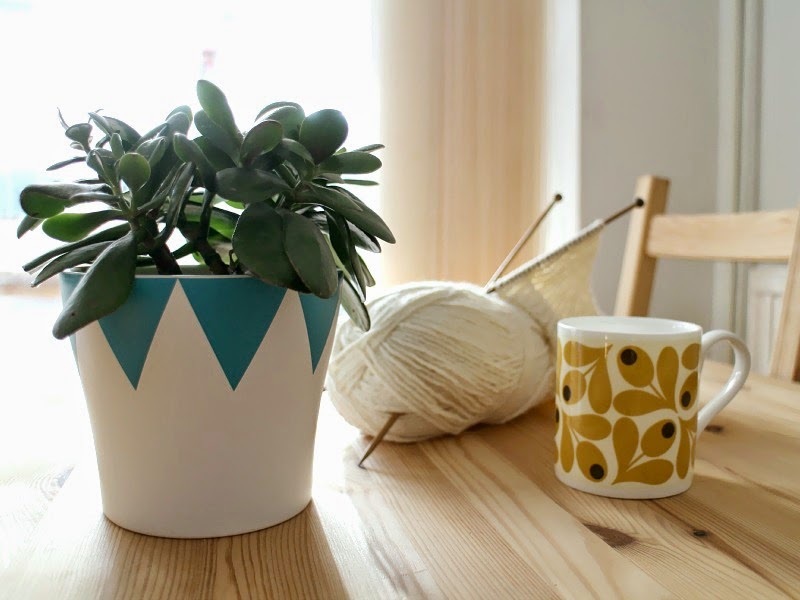 Cor, it’s been a while since the last post! I hadn’t meant to leave such a mahoosive gap of emptiness, but we were all struck down with that horrible flu virus that seems to be doing the rounds; we’ve all spent the last couple of weeks shivering into our hot water bottles and wrapping ourselves in blankets, and to be honest, the last thing I felt like doing was blogging. So I didn’t! But we’re on the mend now (touch wood), and I’ve got the laptop on for the first time in ages, so I thought I’d do a little catch-up post.

We’ve spent most of January (apart from the bit where we were riddled with illness!) eating good food, discovering new local shops and having some ace success on Gumtree. We took a trip to Make and the Craft Kitchen, which moved premises a while ago from a small shop to an amazing open-plan warehouse, which basically means that there’s more space, more amazing craft supplies and even more cake (triple win!). We also squeezed in a wonderful child-free trip to our old favourite, Southsea Coffee, where I discovered new magazines Chickpea (a vegan and eco-friendly biannual) and Hole and Corner (crafts and generally interesting articles); the Husband and I spent a peaceful hour drinking tea, eating banana bread and reading, which was a great antidote to the grey January weather.

We had some great luck with Gumtree as well; not only did I get a lovely solid wood table to use as a desk for £20, but we also found a barely used pine table and chairs for the princely sum of £25. I love Gumtree and all it’s preloved-second-hand goodness; it’s like eBay but without the hassle of having to remember to bid. The desk has beautifully solid legs which don’t wobble (the last one did, and it was REALLY annoying) and is the perfect size, and I just love it – and it was a total bargain; the previous owner said that if we hadn’t bought it, it would have been chopped up for firewood! Sacrilege! On our way back from picking it up, we stopped in Chichester and found a brilliant shop (which I can’t remember the name of now) which sold all kinds of oils, condiments and pasta; the oils were mounted on the wall in great drums, and you just filled and refilled as you like. They also sold retro and vintage style reclaimed glass jars and beakers, and load of little glass bottles designed to take your oil home in – I bought a pretty nice one for a tiny £2,99, but it’s going to hold stray flowers in summer rather than fancy oils!

Apart from that, I’ve been knitting, planning some sewing projects (they rarely get beyond the planning stage!) and just generally hibernating. I hate, hate, hate the winter, and if I could I’d go absolutely nowhere between October and March!