Like the title of this post suggests, it’s going to be a bit of a mixed bag – some photos from the Shalford Handmade and Vintage fair we went to last weekend, Guildford Castle, my first failure adventure in hair setting, and my brand new dining-table-turned-desk-type-thing (which may or may not be roomy enough to hide shed-loads of crap underneath it….ahem….)

Last weekend, after searching for something different to do for our Saturday outing, we decided to head off to Shalford, for the Handmade and Vintage fair in the village hall. I’d found out about it the week before on Twitter, chatting to Emily of Handmade by Emily (seriously, check out her blog – she makes the most beautiful things), so we decided to pop along and say hello. Shalford is roughly an hour away from us, so I felt like we should find something else to do around the area that the Boy would enjoy, to make it really worthwhile. Not that a blogging friend and the promise of vintage wasn’t enough to persuade me though…. We realised that Guildford was pretty nearby, so decided that the Castle and its surrounding grounds would be a pretty good choice – plenty of space for the Boy to run, and some history for his geeky parents.
After a lengthy drive, some seriously heavy rain, a hunt for a public toilet and the resulting begging in a sandwich bar (we bought a bottle of Coke in exchange for use of their ‘facilities’!), it was time to park up and head in. All the stalls were in one room, laid out around the edge and in the middle, forming a ‘U’ shaped pathway through the treasures. I approached the whole thing with absolute glee, slightly like a child at Christmas who simply isn’t sure which package to open first. I opted for a nose at the vintage childrens clothes of Dinky Vintage, a Brighton based company who offer a vintage lifestyle in miniature – there were floral girlish beauties aplenty, but sadly nothing that I could see suiting the Boy very well. Moving on, I rummaged happily through the prints, haberdashery, fabrics and handmade wonders of Handmade and Vintage, and after much umm-ing and ahh-ing, and sighing in wonder at the collage-covered mannequin, I happily plumped for four vintage buttons on a card. I wandered along, and found myself at the simply fabulous Trailer Trash Vintage, where I discovered a pair of teal tapered trousers, and a rather fetching jockey print scarf, all for a bargain-tastic £15 – the shoes and bags were such a temptation, and all really reasonably priced as well. I found Emily round the corner, (looking lovely with her fab new haircut!) and bought one of her gorgeous cards, printed with a picture of one of her handmade creatures, for the Boy’s room (because he hasn’t already got two walls covered in vintage and handmade prints already….. ahem….), then moved onto Tobyboo, a very talented textile illustration company, where I bought yet another card to frame and put on the wall of….. the Boy’s room. Oh dear.
Unfortunately, I was so involved with the pondering and examining, searching and buying, that I completely forgot to take any photos apart from the ones of the camper van outside (I have no idea who this even belonged to, but I was sorely tempted to stow away in the back…), and of my lovely purchases when I arrived home. Check out the blogs I’ve linked to above, though, as a couple of them have some lovely photos of the day. 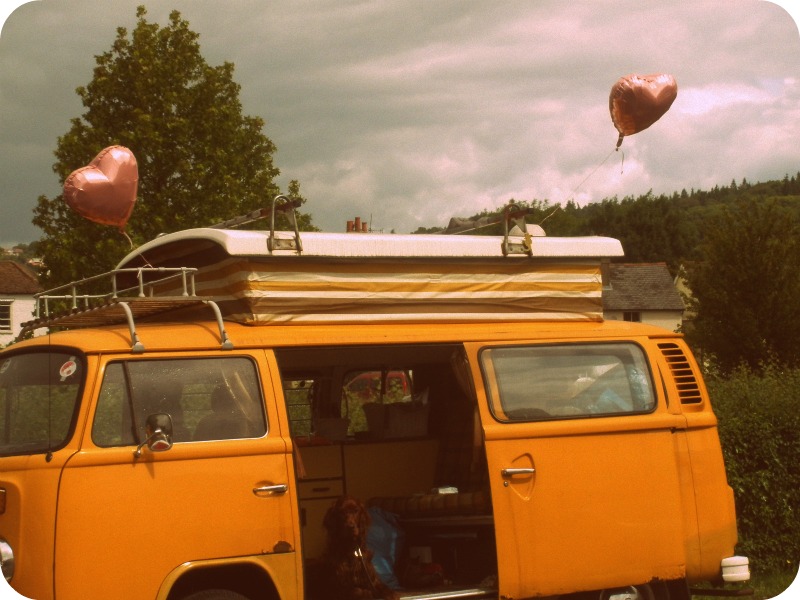 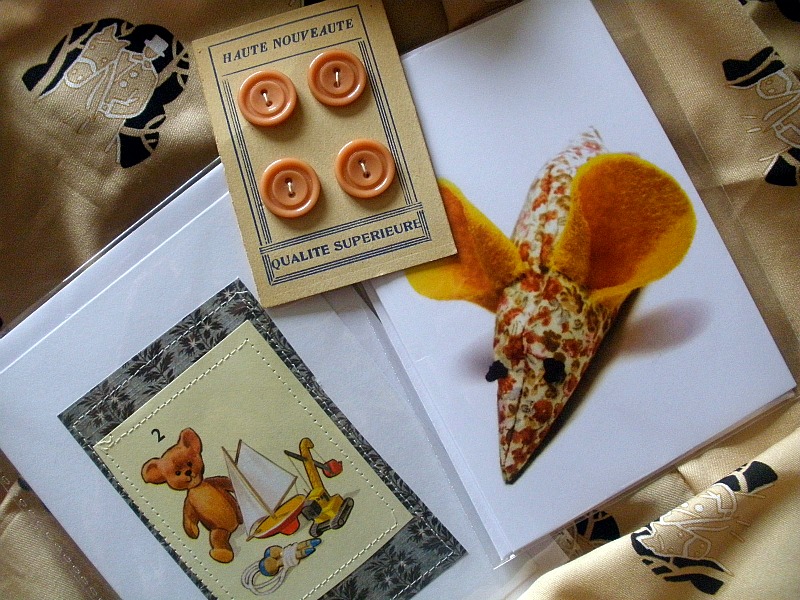 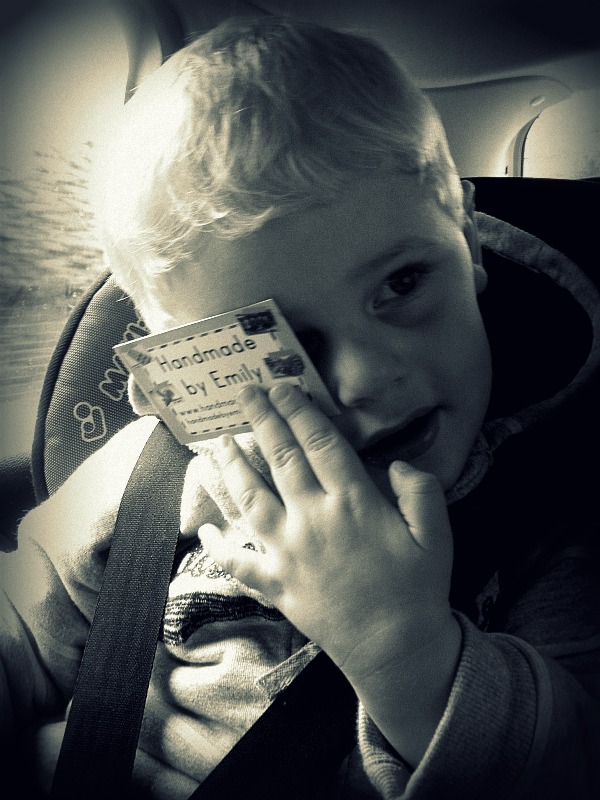 After the fair, we drove out towards Guildford and looking out of the window, I was suddenly aware that we were driving alongside a canal – I made the husband pull in to the nearest layby, and leaped out to take some pictures, shushing his protests of, “but it says we can’t stop here” and running off after the houseboats that were sailing past. 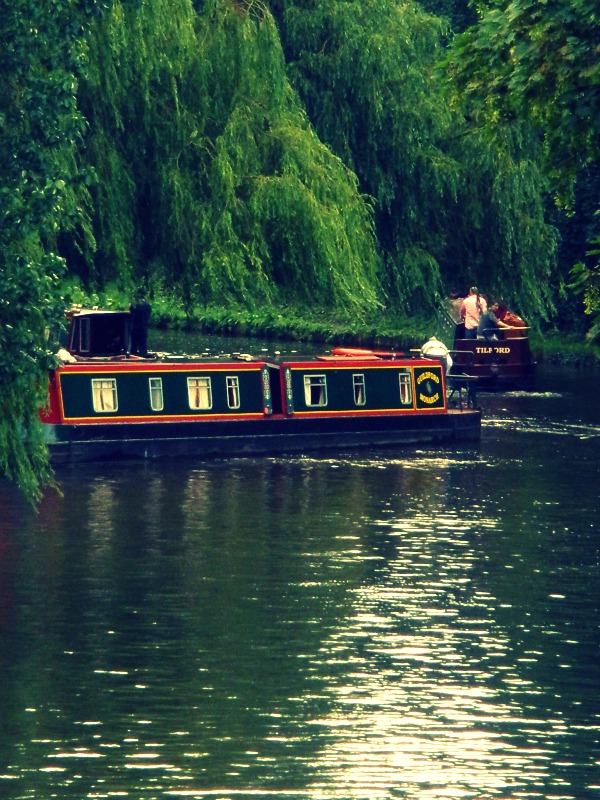 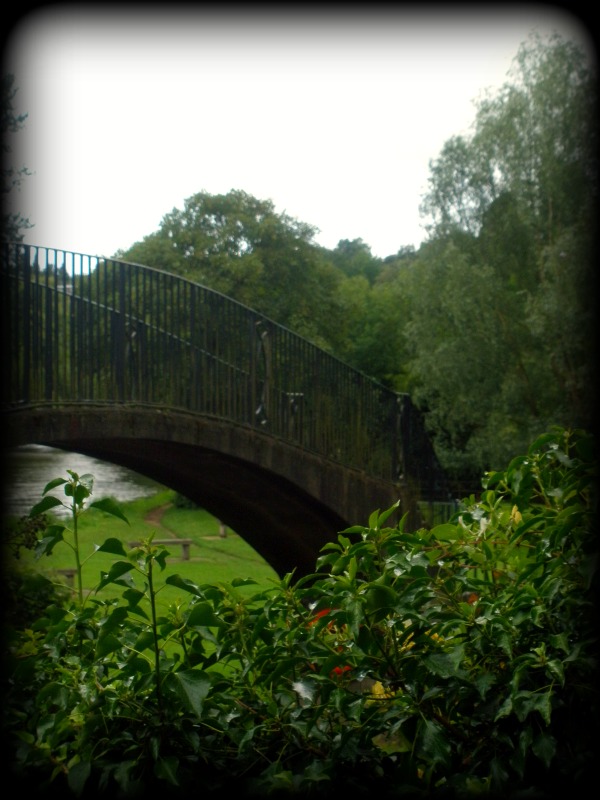 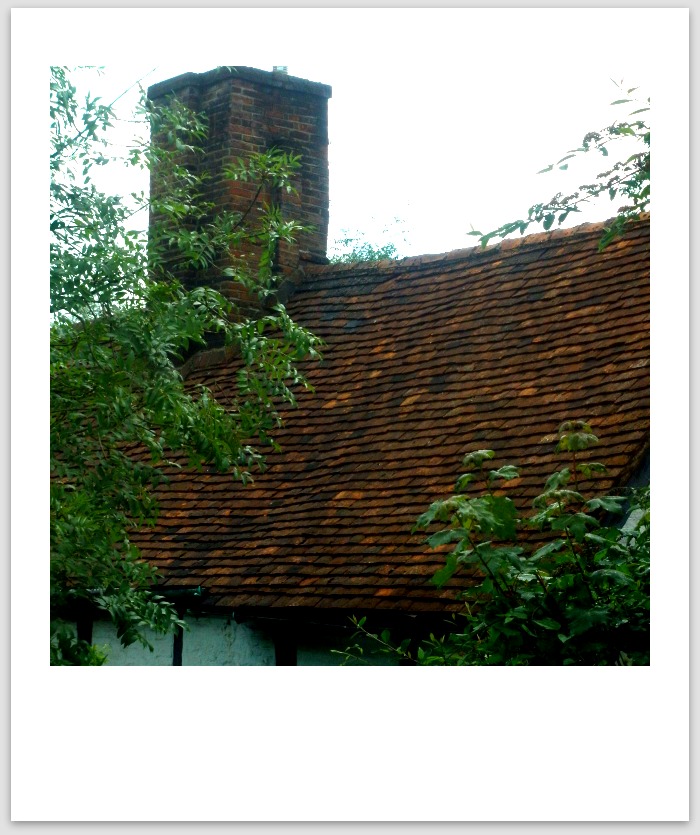 I’ve been to Guildford before, but only to the high street – never to the castle, or through the windy passages the hide behind the shopfronts. There were photo-opportunities galore, but sadly there were also absolutely tonnes of people, so stopping to line everything up, change the aperture and set the photograph properly was an impossibility. 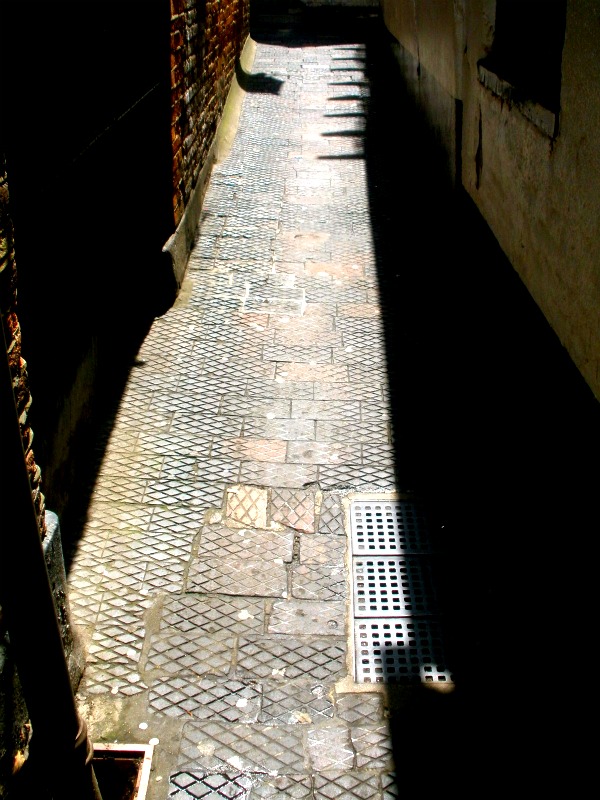 The grounds surrounding the castle are absolutely amazing – I saw them from over the wall, before we even made it through the gate, and distinctly remember shouting, “LOOK! It’s BEAUTIFUL!” and waving the camera about joyously. I’m also pretty sure I remember the husband muttering something about looking like tourists, and insisting on walking a few paces in front of me, with the Boy (surely it’s too early for him to be refusing to walk with his ’embarrassing mother’?). But I’m sure you’ll agree when you see the photographs, that it was completely worthwhile – the flowers were at their absolute best, and I love photographing the texture of old brickwork and stone. 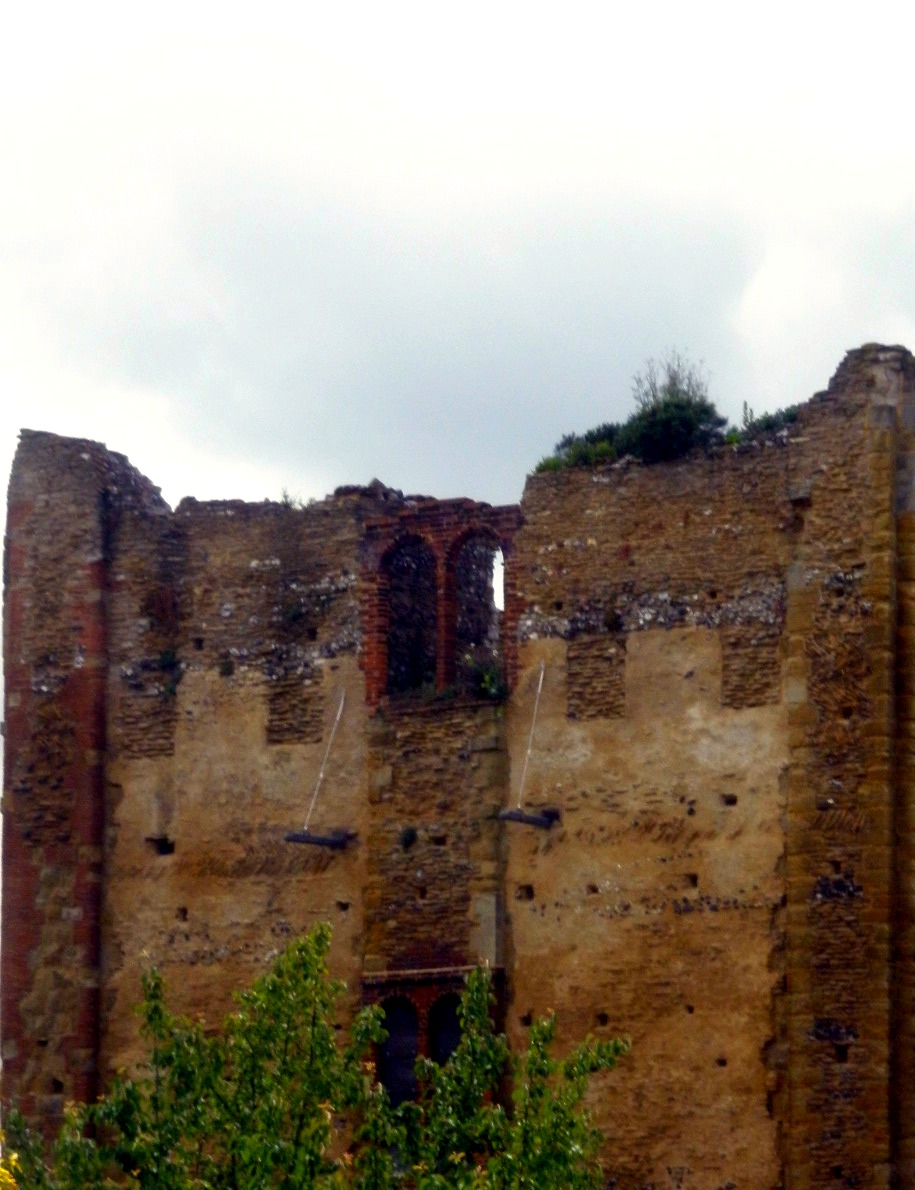 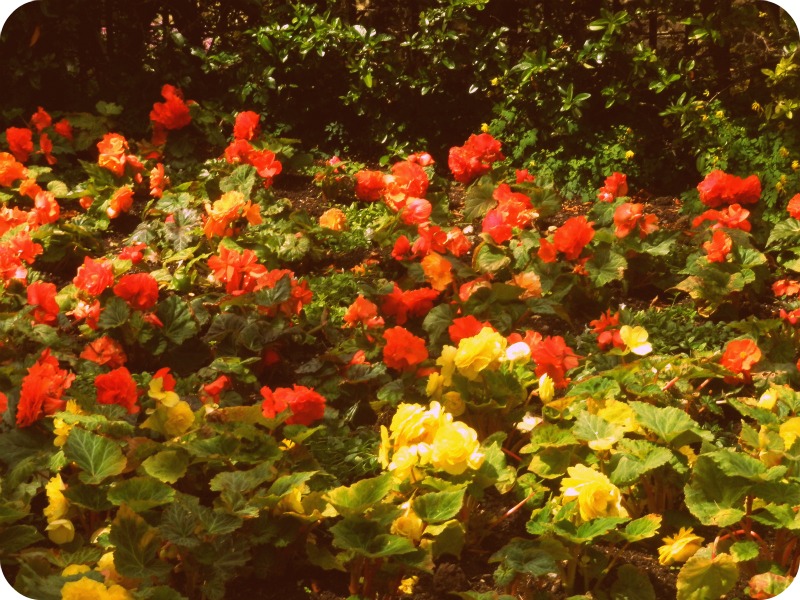 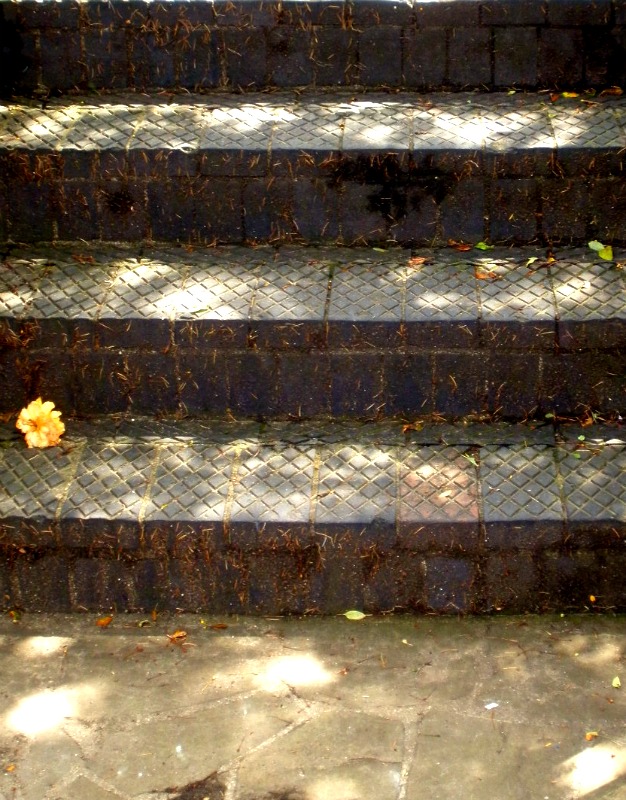 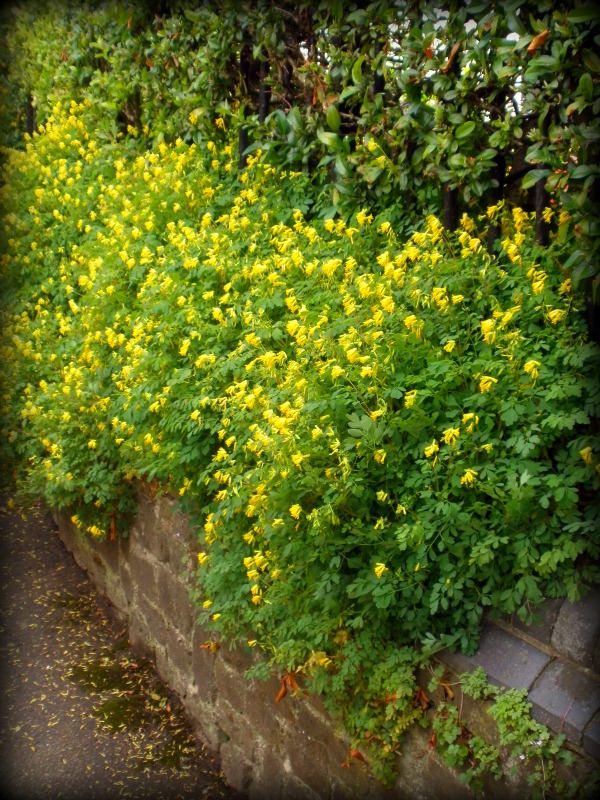 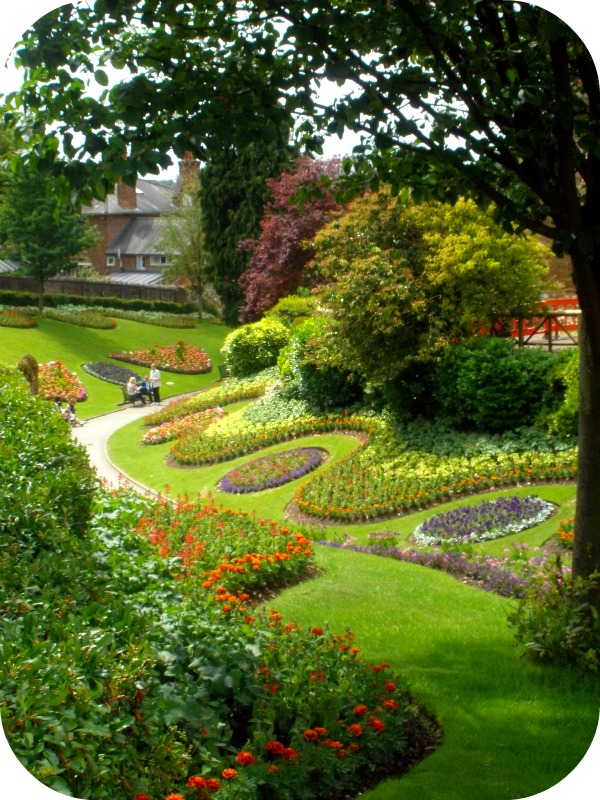 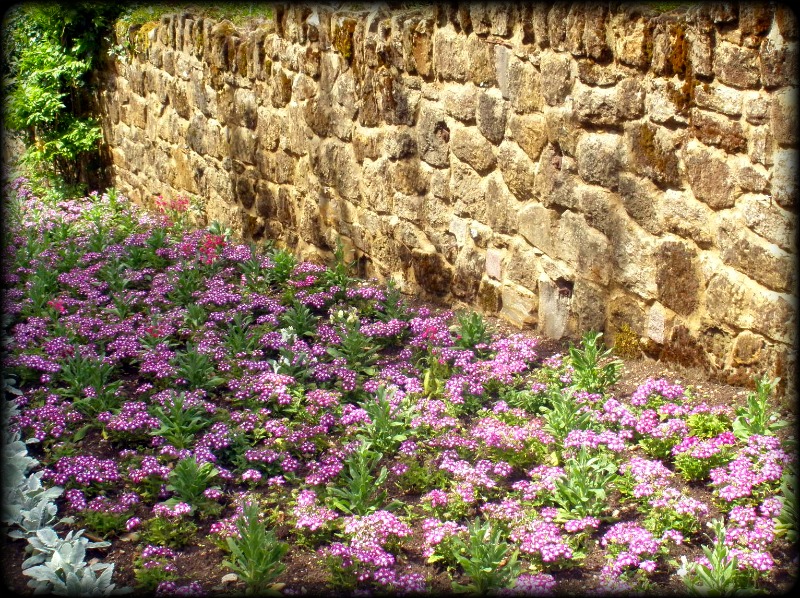 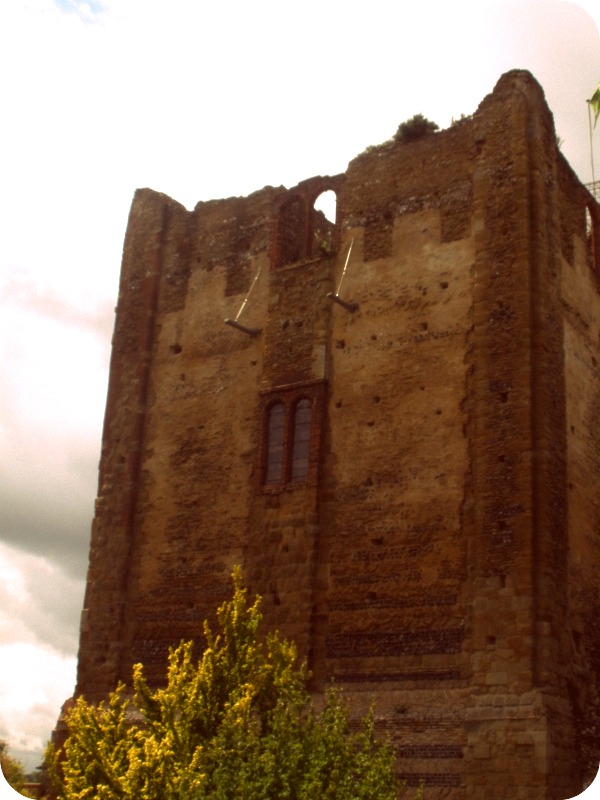 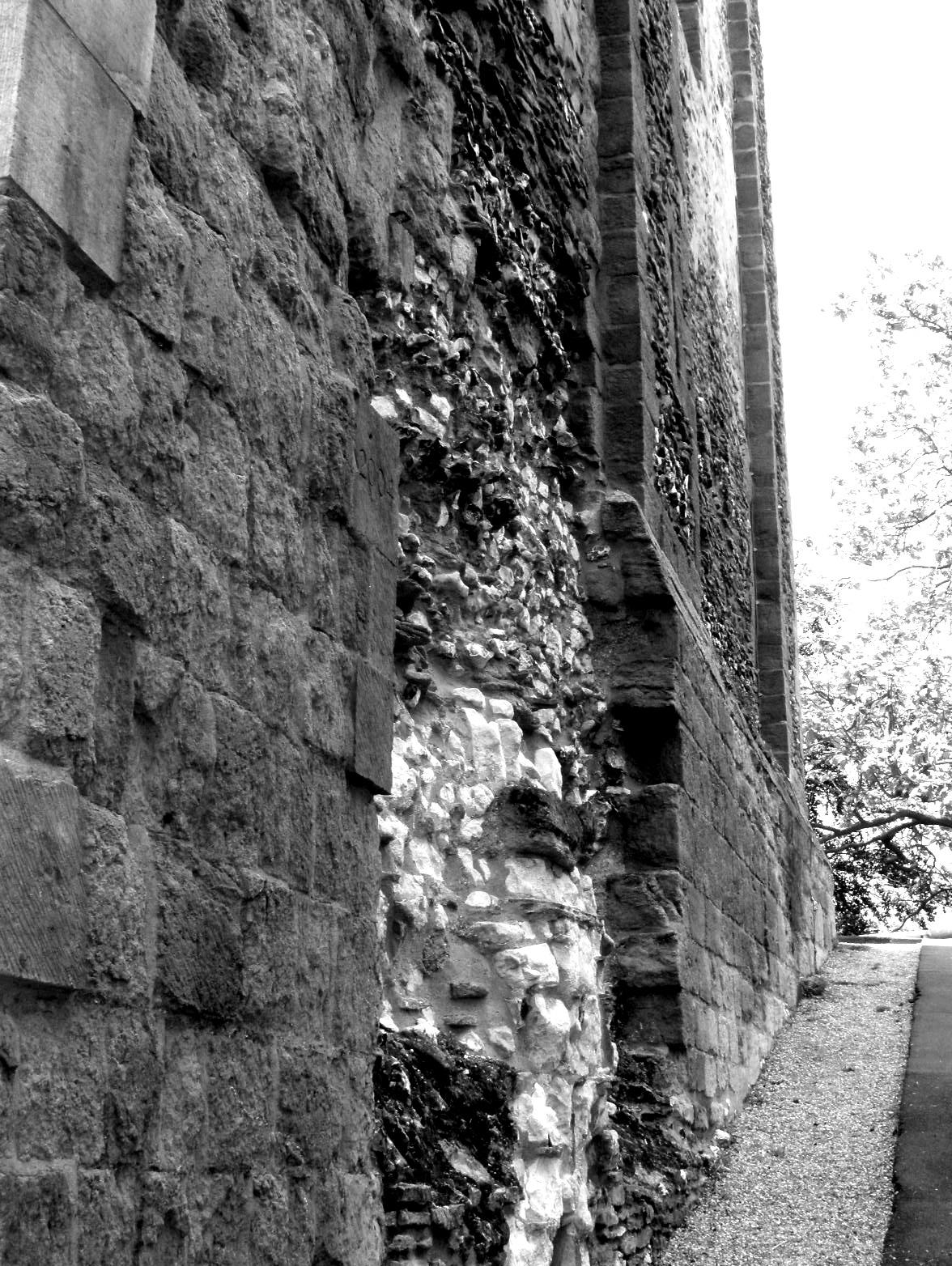 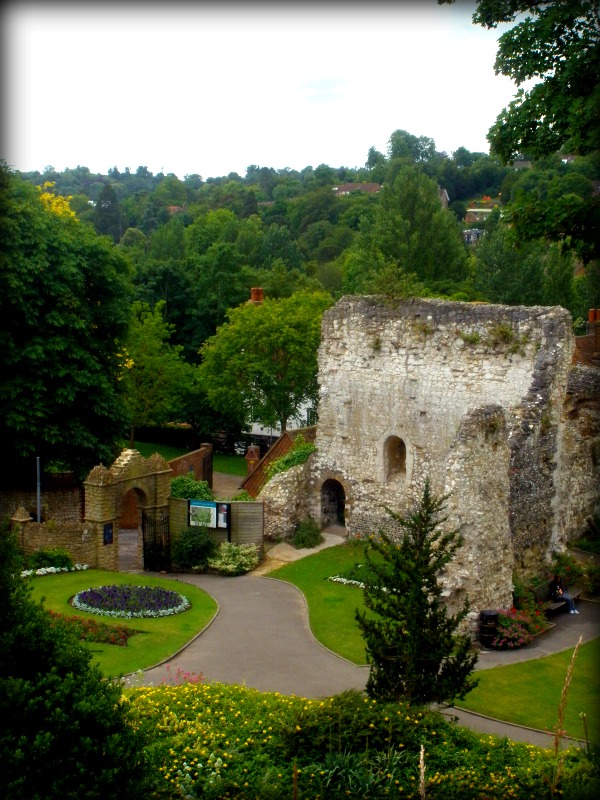 The castle was supposedly built shortly after the Norman conquest in 1066, and since then has had numerous inhabitants and restoration works. In the 14th century, castles were beginning to become surplus to requirements, and by 1379, the only thing standing was the Kings chamber. The Great Tower has since been used as a County Gaol, a cockpit and in 1888, the grounds were opened as pleasure gardens to the public. The Great Tower is the part of the castle that remains open to visitors, at a bargain price of £2.80 (children and concessions £1.40), and is a mound of winding staircases, and crumbling brickwork. For people who have older children, or come alone, it would be a marvelous building to read about, and take in the details, but for anyone who has a toddler – give it a miss. The stairs are narrow and steep, and from the perspective of a two-and-a-half year old, there’s not a lot to see. The grounds are huge, and would have been wonderful, but unfortunately once we’d finished clambering up and down the steps, the heavens opened and we were drenched. There’s a viewing platform at the very top, which allows you to see right across Guildford and across to the horizon – at the point when we wobbled out onto it, however, the wind picked up and we all stood clinging to the fencing, before deciding that this wasn’t the best way to spend an afternoon. The husband picked that moment to tell me that actually, he was terrified of heights! 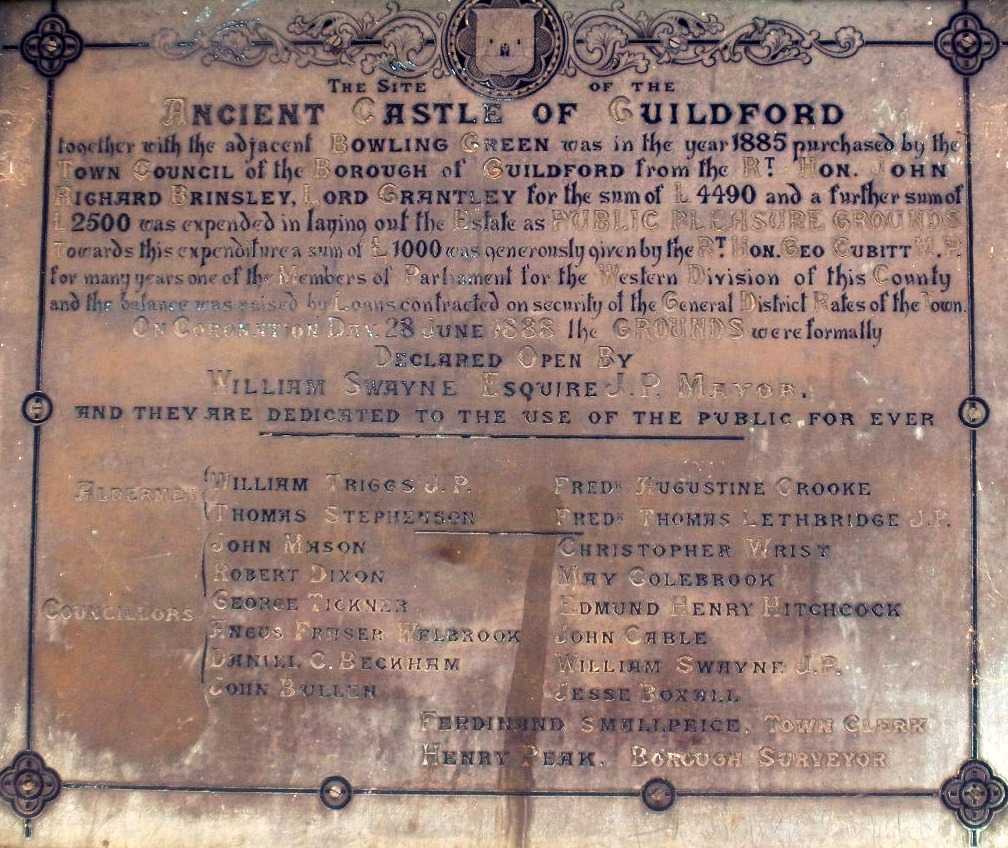 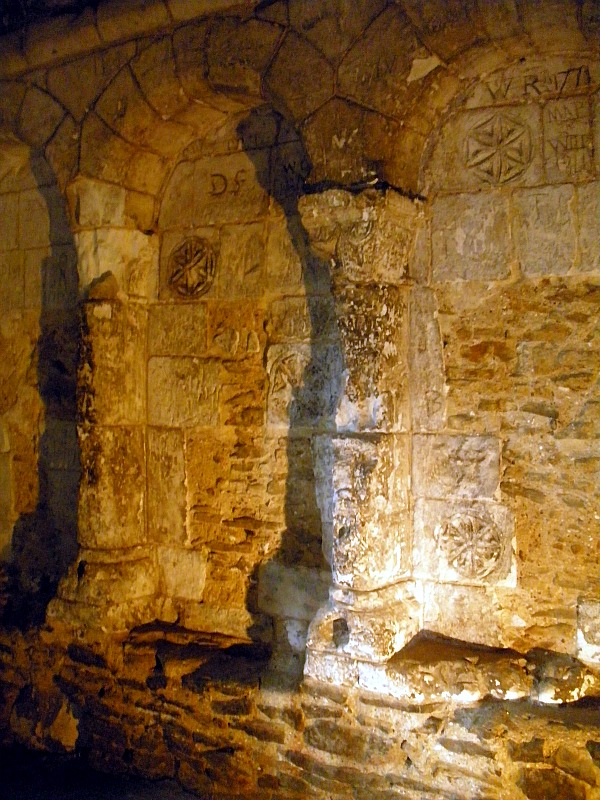 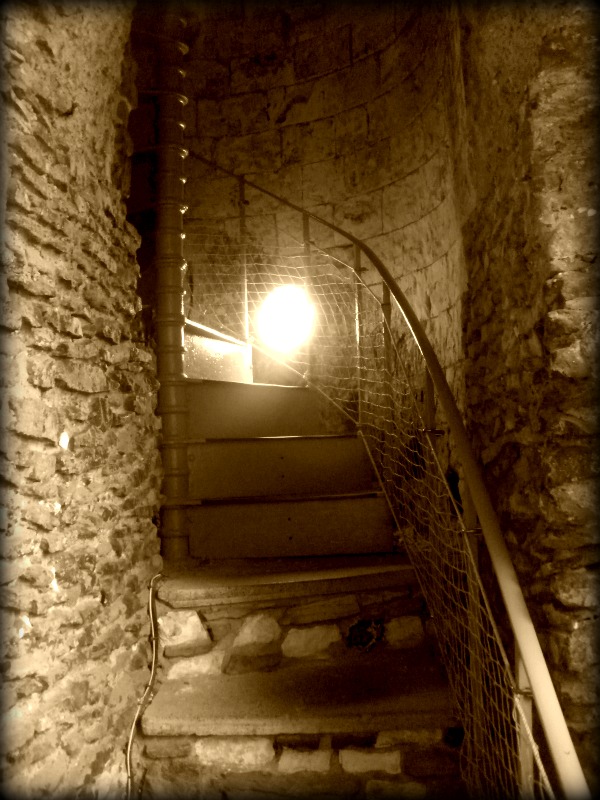 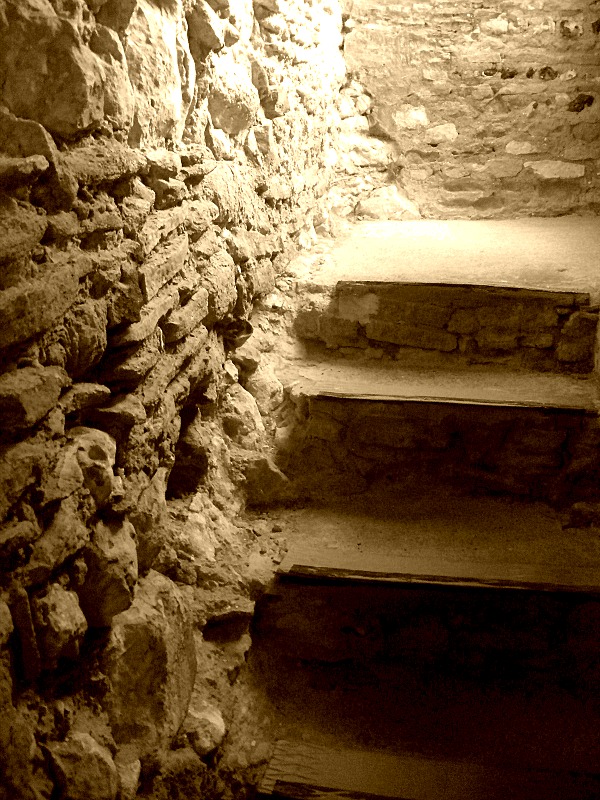 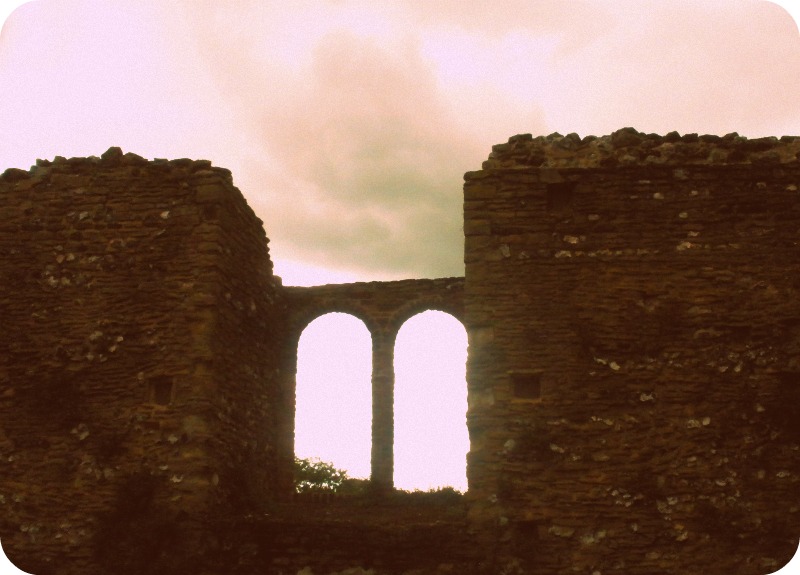 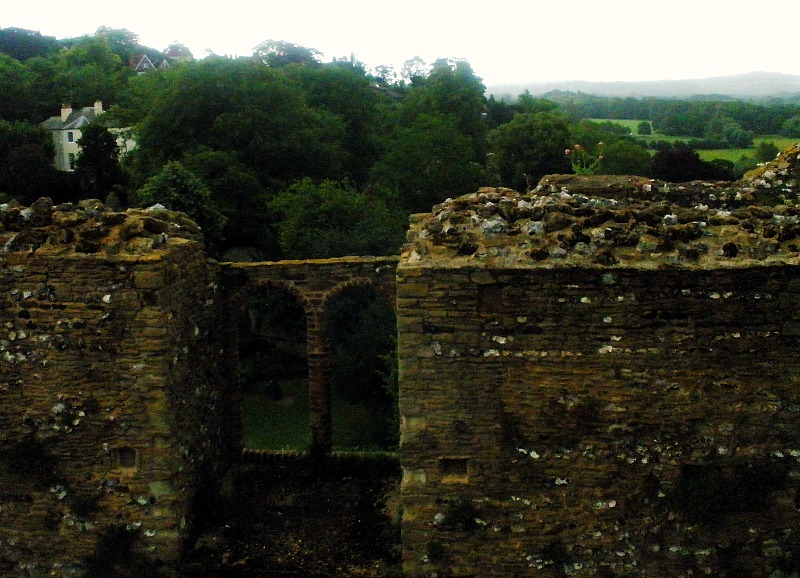 In other news, we’ve had a little shuffle around of furniture in the lounge – I decided that enough was enough, that using the dining table for sewing, blogging and illustration was possibly the biggest pain ever, and that the only option was to find myself a proper, large table to work at. After a trawl round the second-hand furniture shops, I finally came across something that was the perfect size (and, it’s extendable, for when I finally get my own studio space….), and an utter bargain at just £10. We had to move one set of bookshelves into the hall, and some cupboards into the lounge, but after much huffing and puffing, a bit of persuasion and some clever furniture placement, everything fell into place. Happy days! 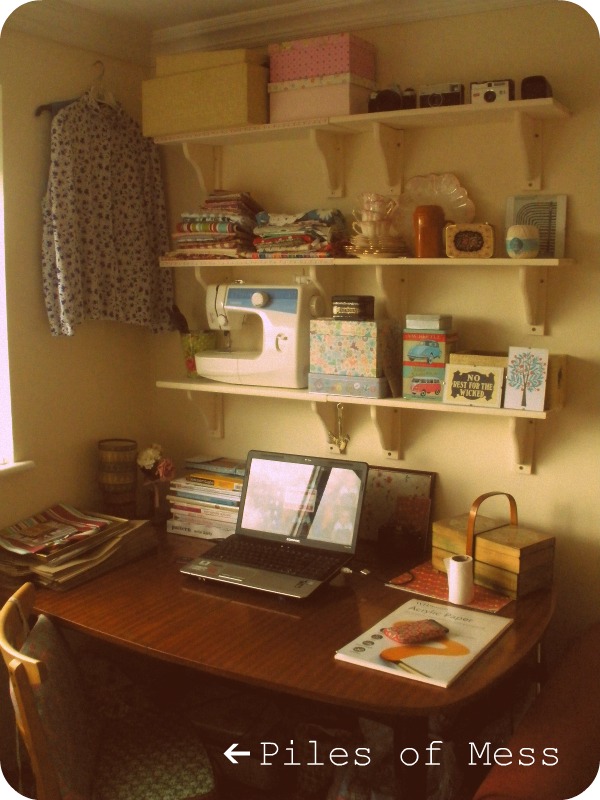 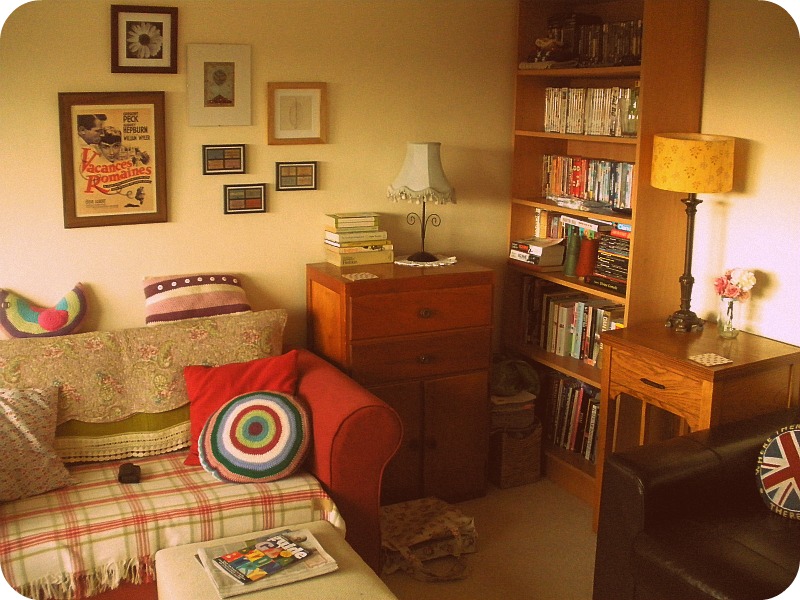 The weekend just gone was the Husbands twenty-ninth birthday, which we celebrated by going for lunch with his parents. I wore one of the vintage blouses that’s supposed to be coming to the vintage fair with me this Saturday, and decided to attempt my first ever hair-setting experience. I was so dedicated to an authentic look, that I even went to the supermarket that morning in my rollers… 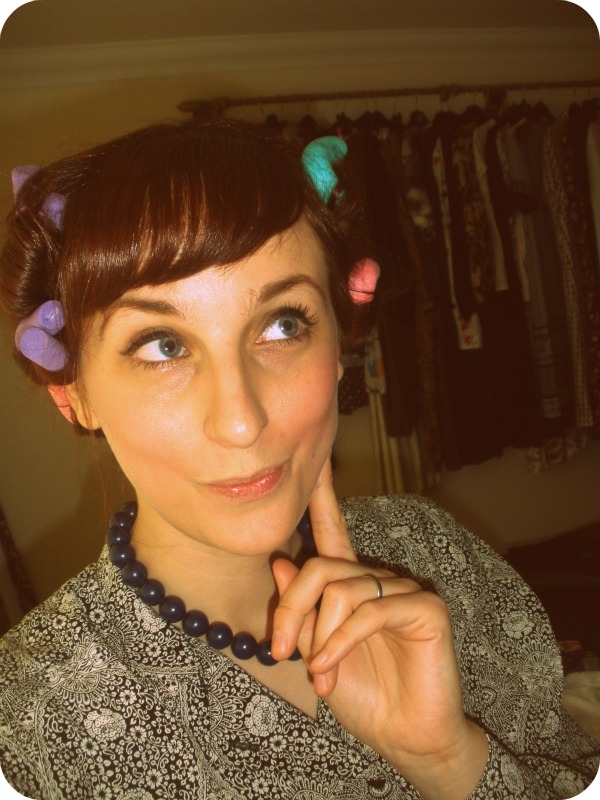 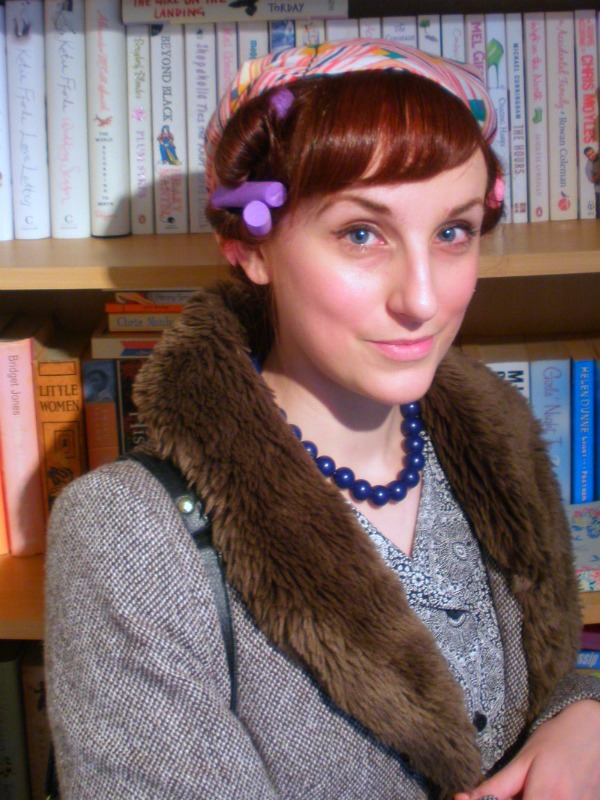 As it turned out, the whole thing was a complete failure – my hair is really long, and in quite bad condition, and the curls didn’t take properly at all. As a result, I’ve booked myself in for a haircut tomorrow, and am looking forward to some genuine 1940’s styles at the flick of a hot-stick! We had a lovely day, and after a message from Naomi of Vintage Secret, discovered that there was a 1940’s themed afternoon on at the Dockyard, so wandered over there. We perused the antiques, and had a wander around, but unfortunately left before the best bit – the swing dancing! Naomi messaged later to say that she got snapped by the News, the local Portsmouth newspaper! 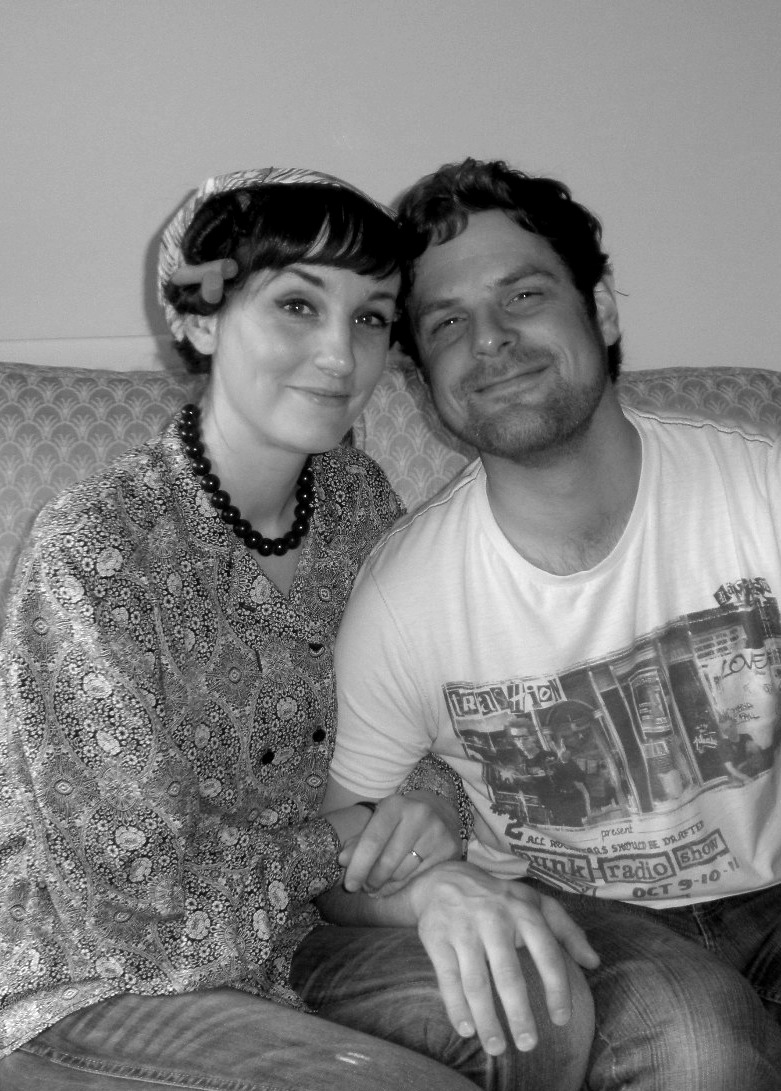 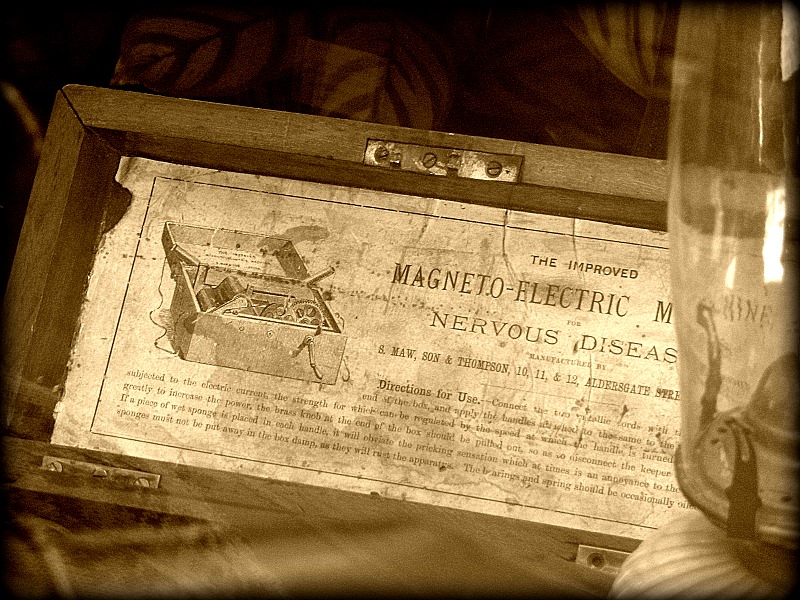 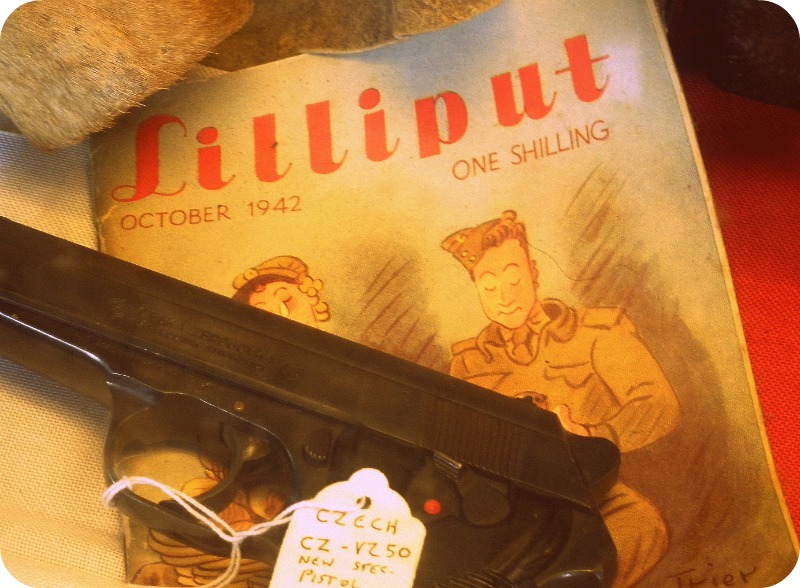