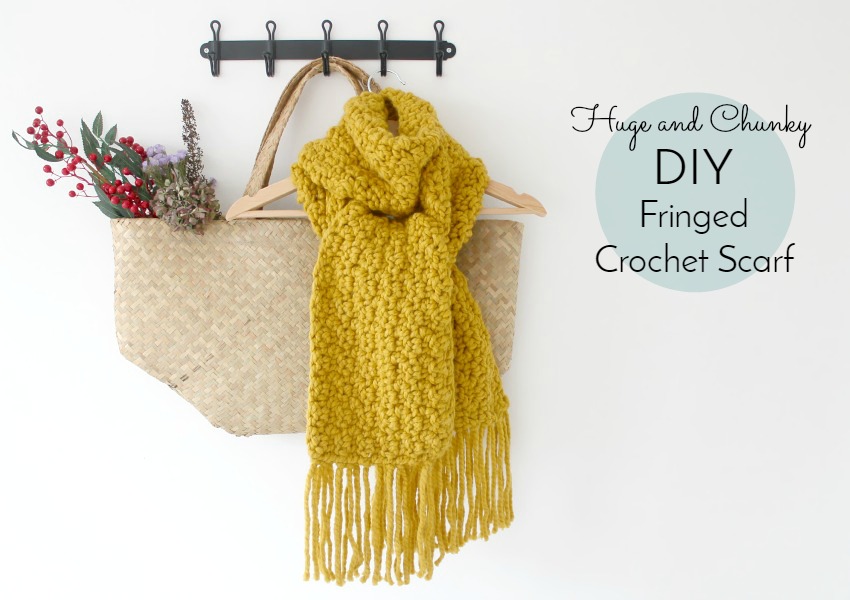 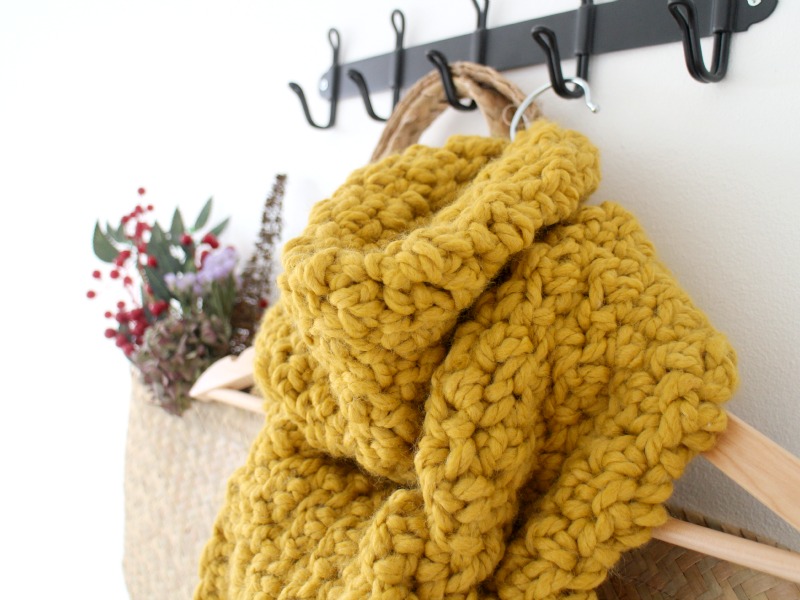 If you’re dying to give something handmade this Chistmas, but you’re not keen on getting tangled in twine or spending hours up to your elbows in mod podge, don’t panic – this massive, overly chunky, super soft crochet scarf works up in an evening and although it looks like a complicated stitch, it’s not.

Made from the moss stitch (not the same as the knitted version, by the way), it’s constructed lengthways, so the pattern runs across rather than down the scarf. After the initial foundation chain, the only stitches you need to know are double crochet (dc) and treble crochet (tr) – it’s literally that easy. (The main reason I love it is because it looks reeeeaaally complicated, but it’s not! Ha!)

I told you it was easy! You can adjust the length by simply adding or reducing the number of chains, BUT moss stitch has to be made up of an even number of stitches, plus one for your turning chain. To make it wider or narrower, just stop crocheting when you feel it’s big enough, then fasten off.

To add on the fringing, cut several pieces of yarn roughly the same length, then fold one in half and feed it through a gap in the stitches. You’ll have a loop on one side, and two loose ends on the other side; feed the ends through the loop and pull tight, then repeat until you’ve filled the end of your scarf with lovely fringing. If you’re feeling fancy, you could trim them into a point, or chevrons! 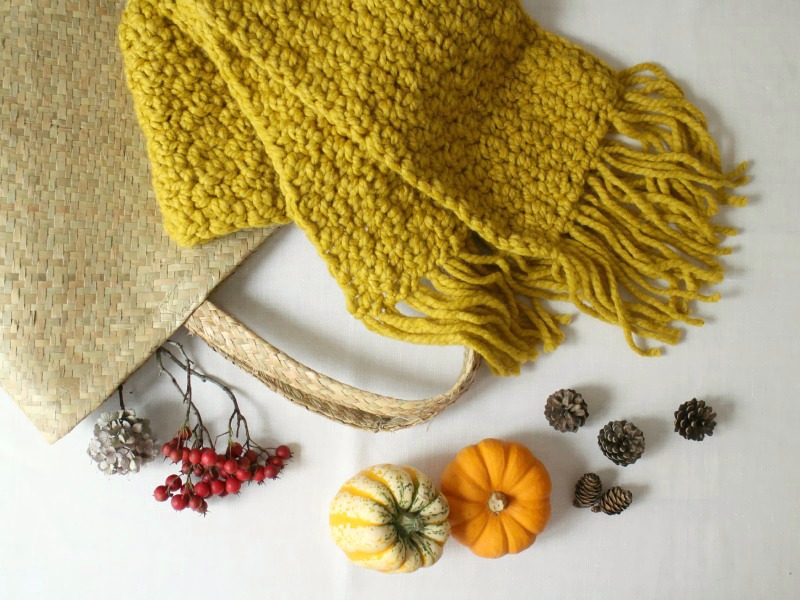