I’ve always described myself proudly as a feminist, and am always amazed that in this day and age, it’s still such a misunderstood movement; from disdain for the No More Page 3 campaign to people who think that all feminists want to emasculate and crush men, I find it baffling that so many people can’t see that it’s basically just women celebrating their fabulousness (in whatever package it comes in) and striving for equality. Over the last few months I’ve seen Facebook groups dedicated to hating feminists, and witnessed countless comments describing us as, amongst other things, ‘men hating shit-stains’ (yes, really) – how are we still here? How do we still have such a huge gender pay gap? Why are women still being subjected to sexism, mysogeny and body scrutiny in an age where we can put man on the moon and grow new limbs from stem cells?

1. Head off to the WOW Festival at the South Bank in London

This has been running all week, but if you’ve missed it all so far, don’t panic – the weekend has got some great events lined up. A daily ticket costs just £20, and gives you access to absolutely loads of talks, performances and workshops, including a craft event hosted by none other than Seeds and Stitches authors Hannah and Davina. If, like me (*sniff, sob, wail*) you can’t make it to London, check out the coverage online; BBC Radio 4 Woman’s Hour has some great podcasts and listen again programmes, and the festival has a YouTube channel which has some great content from both the current and prevous events (there’s a great talk with Maxine Peake here! Heroine!)

The official colour of the Suffragettes, purple has been synonymous with women’s struggles and celebrations since the early twenty-first century, so what better way to celebrate than by donning those berry hues? If you’ve not got any purple clothes, think accessories (sunglasses are perfectly acceptable now spring has officially arrived!), shoes and bags; if you’re really stuck, make a simple square scarf from a length of cotton, and tie around your head, fifties style.

My feminist reading list actually leaves a lot to be desired, but for anyone who’s taking tentative steps into that genre, I’ve got a couple of recommendations; A Handmaids Tale by Margaret Attwood is excellent and alarming in equal measures, and Naomi Wolf’s books are great for fact-fans. There’s also the marvelous Little Women (got to love feisty Jo!) and of course, Matilda for younger (and older!) readers – who can forget the way she took on her obnoxious family and came out on top? That’s a feminist, if ever I saw one! 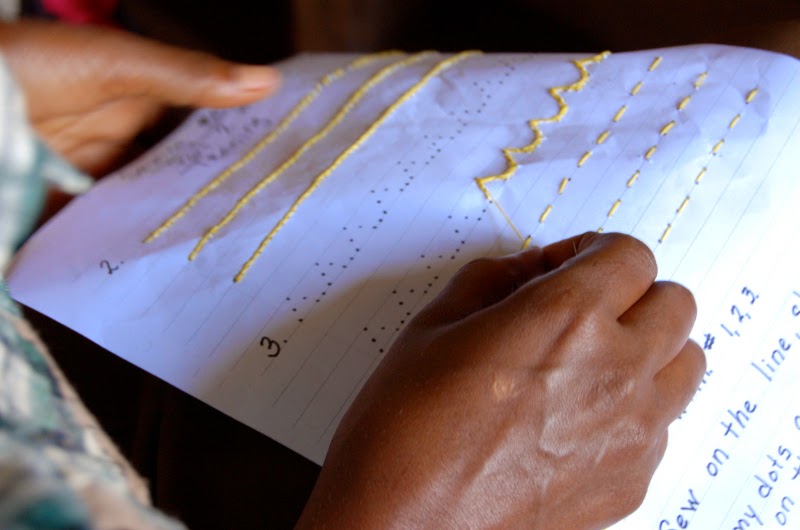 You all know that I love to champion charities, independent businesses and anything fairly traded, so I was absolutely delighted to be contacted by The Common Thread Collective a few weeks ago. Set up to help women in the developing world who have been forced into prostiution and trafficking, the collective run classes and educational programmes to equip them with practical and creative skills that will leave them capable and empowered, and looking forward to a brighter future. A donation which is equal to the price of one takeaway coffee could help to buy a week’s malaria medicine, a month’s worth of thread or ten gallons of fresh water – several lives improved, just by having your hot drink at home for one morning. Can’t argue with that! 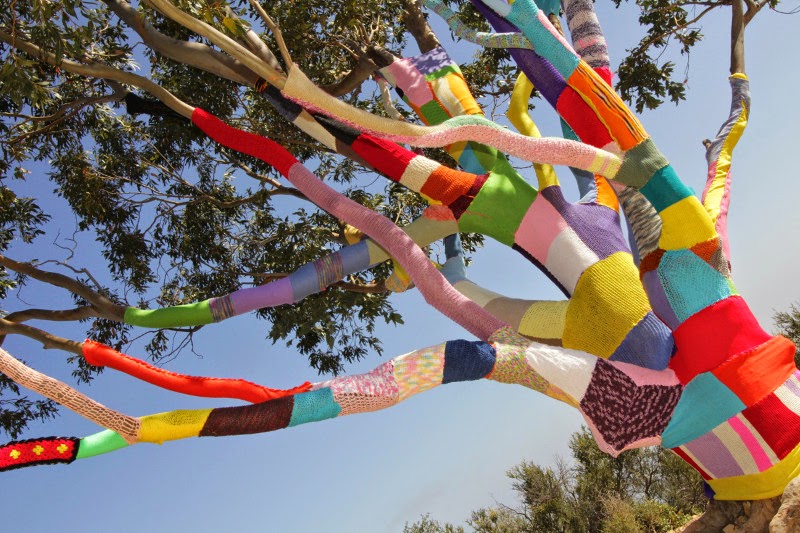 If you can hold a needle or hook, you can yarn-bomb; now a world famous movement, yarn bombers add life and colour to the grey streets by adding flowers, pompoms, tassles and lengths of knitting or crochet to trees, lamp-posts, railings and signs. Opt for multiple shades of purple (the colour of the Suffragettes), and then hang garlands, wrap poles and string up pompoms like your life depends on it! (This amazing tree was yarn bombed lovingly by the guy behind the 12for12 blog – imagine that in multiple shades of purple for International Women’s Day!)