This January is seriously kicking my arse; in my last post, I mentioned that we’d all had a horrible flu virus, but were on the mend – two days later I came down with a kidney infection, and Ben got conjunctivitis in both eyes. We’ve done pretty much nothing all month, so I spent a bit of time curled up on the sofa, falling asleep to the gentle sounds of Radio 3 trawling through Pinterest, Ravelry and The Purl Bee for lovely things to make. My usual approach to making is to get excited about an idea, start it enthusiastically, get bored a week later and abandon it in The Basket of Doom, which is a bit like a work-in-progress graveyard – this year, I’m determined to actually finish things, so I came up with a list of five projects that are (hopefully) fairly quick and easy, and won’t give me enough time to get bored! 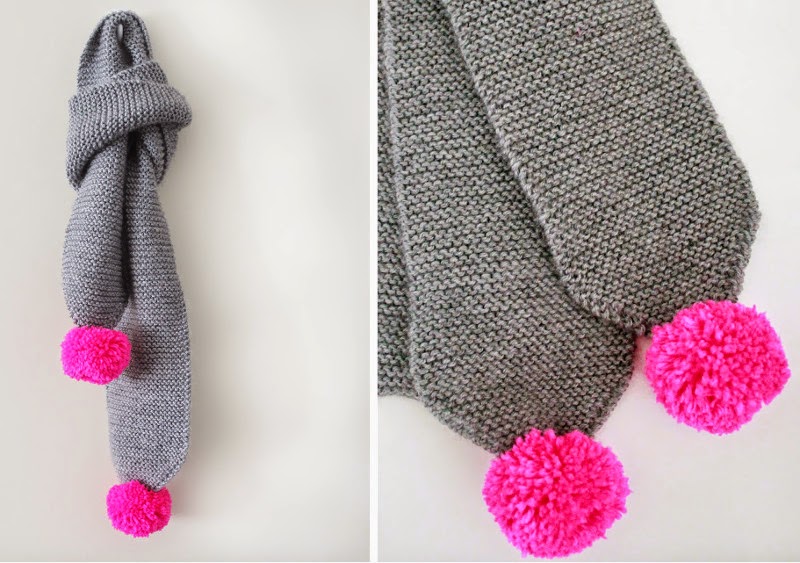 A Knitted Scarf
I pinned this scarf tutorial from Maker Land ages ago, when knitting was still something that left me confused and cross. Over the new year, I had a look at it, googled a few of the stitches, and just got stuck in – I was casting on! I was knitting rows! I was increasing by knitting the same stitch twice – and better yet, I understood what that meant! Admittedly, I have undone some of the rows three times because I haven’t quite mastered keeping my tension the same, but it’s already about half finished (you can see early progress in this post, towards the bottom) so I’ve got high hopes for this one. (Artemis of Junkaholique has made a couple as well – one for her and one for her lovely daughter Pehr. I don’t think mine are going to turn out even nearly as neat as hers!) 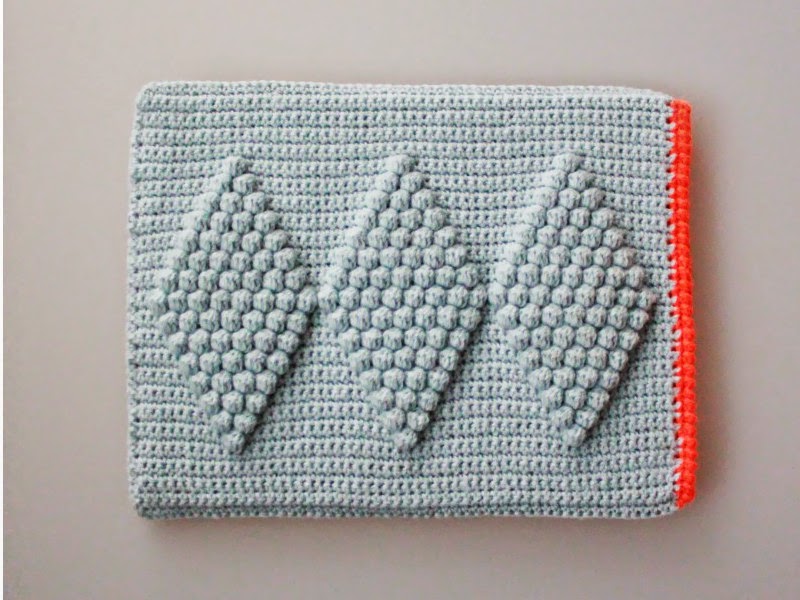 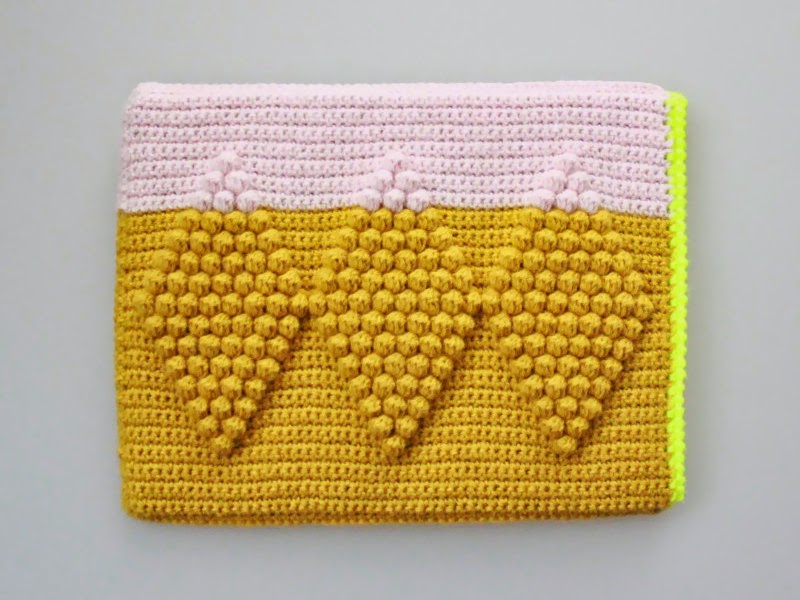 A Tablet Case
We don’t have an iPad or a Kindle (long live books!) but we do have a Nexus, which until now has been wrapped in a pillow case before being shoved in my bag when we go out. It’s pretty well travelled, and goes most places with us because it helps Ben sit still when we’re in public (children with ASD tend to fidget and have a really short attention span, and obviously some people get irritated…), so I’ve decided it’s high time it had a proper case. I was going to make a fabric one, but as we all know I’m not the most patient person when it comes to sewing (and I’ve got two other stitch-y projects lined up), so I thought it’d be a better idea to stick to what I know and go for crochet. I found the amazing bobble case at Lutter Idyll above via Pinterest; it doesn’t lead to a pattern but it should be pretty easy to work out, and I do like a bobble or two – I’m thinking maybe a nice soft grey mixed with mustard or teal (surprise, eh?!) 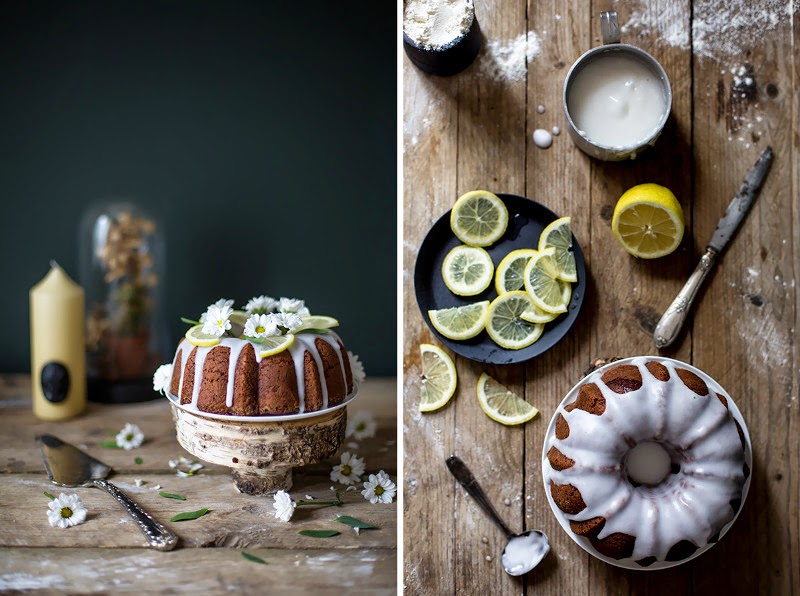 Lemon Bundt Cake with Rosewater Glaze
A few weeks ago when we were in Southsea Coffee, I started reading a magazine called Chickpea, which covers vegan food and living. I’m not vegan, but I do like vegan and vegetarian food, so when I spied a recipe for a lemon bundt cake, I decided to make a note of it; I’ve bought my bundt tin (probably more excited about making a cake in a fun shape than anything else….) and got the ingredients, so I just need to find the time to actually make it. The pictures above are of another lemon cake from the incredible Carnets Parisiens blog (which is full of seriously amazing photography, I highly recommend spending a bit of time over there), which is almost certainly not going to resemble mine in any way, shape or form. But I can dream. 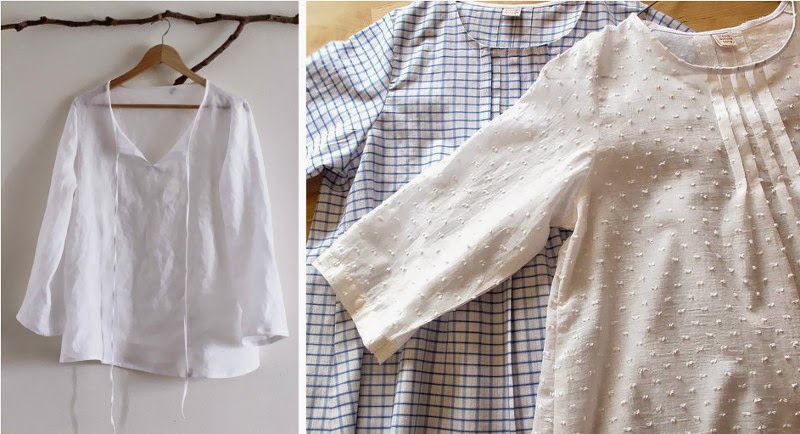 Simple Summer Tops
In the summer I tend to go a bit hippy-ish; floaty skirts, flat sandals, and loose smock-type-tunic-top-things (technical term right there), but I can never find simple, plain ones that aren’t covered in flowers or finished with elasticated necklines or aren’t designed to be ‘fitted’, so I decided this year to sew my own. I’m definitely going to have a go at the one on the left, which I found at the Sanaeishida blog, and is taken from this Japanese sewing book – I’ve found loads of others that look great as well, but I think I’m just going to stick with one at a time! I’m thinking about the ones on the right as well, but I’m put off a bit by the pleats to be honest – anything that involves technical instructions makes me a bit nervous to be honest! 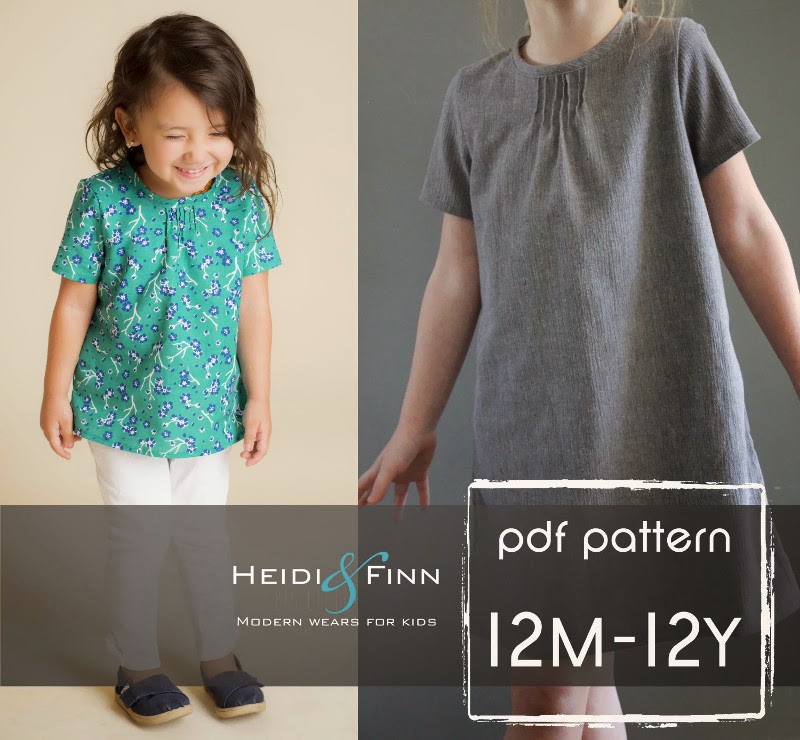 My last project is another sewing one (God help me), and is for Daisy – I kind of despair at the clothes available for toddler girls once they get past the age of two; everything seems to be covered in slogans, cartoon characters, glitter and loud patterns, and nothing seems to last very long either. I found this pattern on Etsy, which is an instant download, and I love that it can be a short or long sleeved top (or sleeveless, I guess?), or a little tunic dress. I’ve already got loads of nice fabric and in my eyes, that makes it half finished!