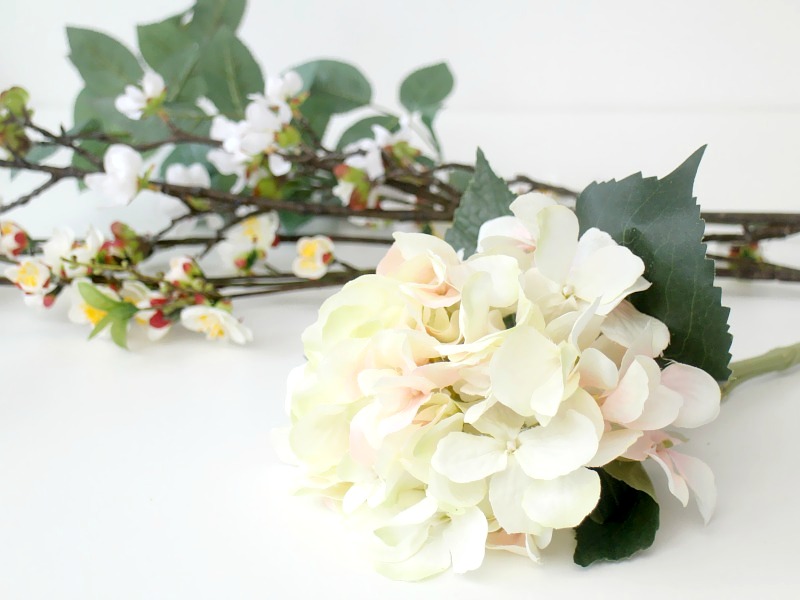 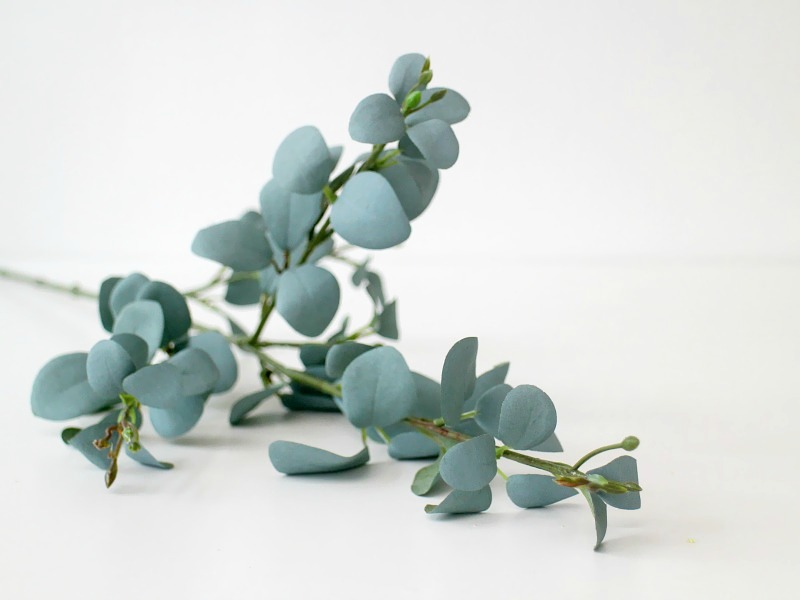 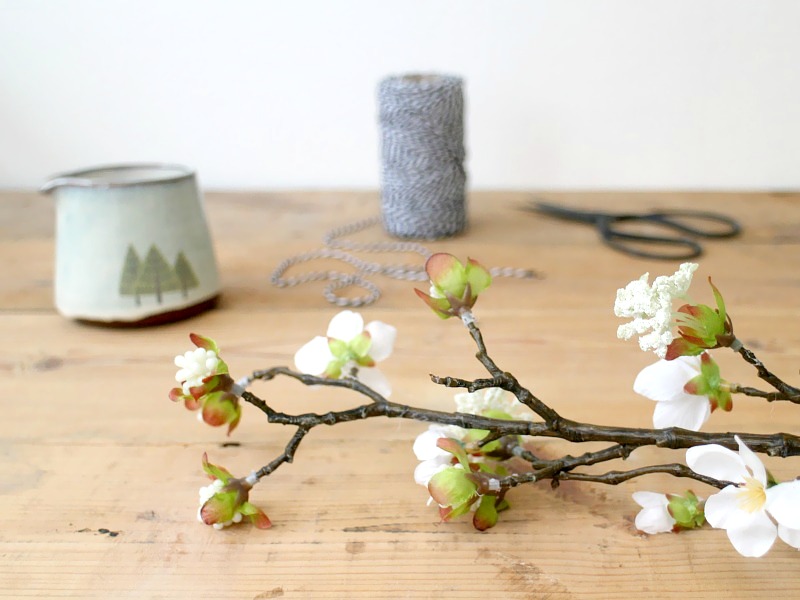 You all know me and my love of flowers, plants, growing and nature; I like things to be as seasonal as possible, filling the house with berries and greenery in the winter, and colourful freshly cut flowers from the garden in the summer. That said, that odd period after Christmas is tricky if you’re fed up with foliage, but don’t want to head to the florist (or supermarket!) – so when the folks at Homesense got in touch and challenged me to style up some of their faux flowers, I decided to give it a go.

It has to be said, fake flowers and greenery is something I’ve always avoided; we’ve got two faux plants from IKEA, but they’re not all that convincing (especially when covered in dust!), and I’ve yet to find anything widely available that doesn’t look plastic-ky and rubbish. At our wedding, we had silk flowers from a local mill – they were beautiful, and looked the business, but unfortunately they’ve sinced closed, and until now I’ve not found anything nearly as good. 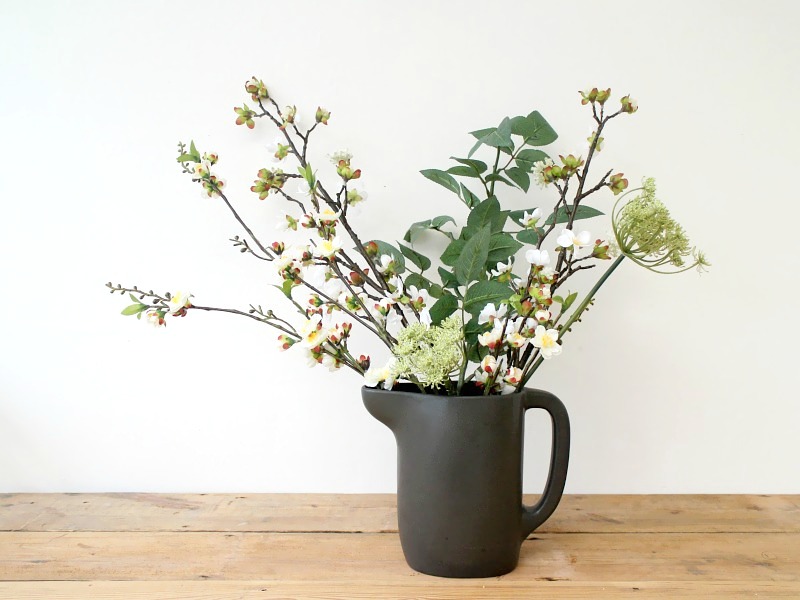 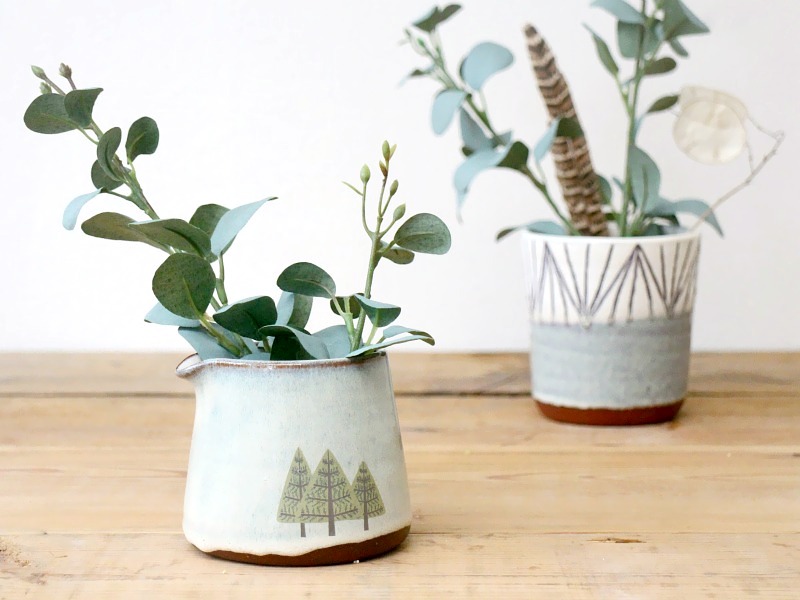 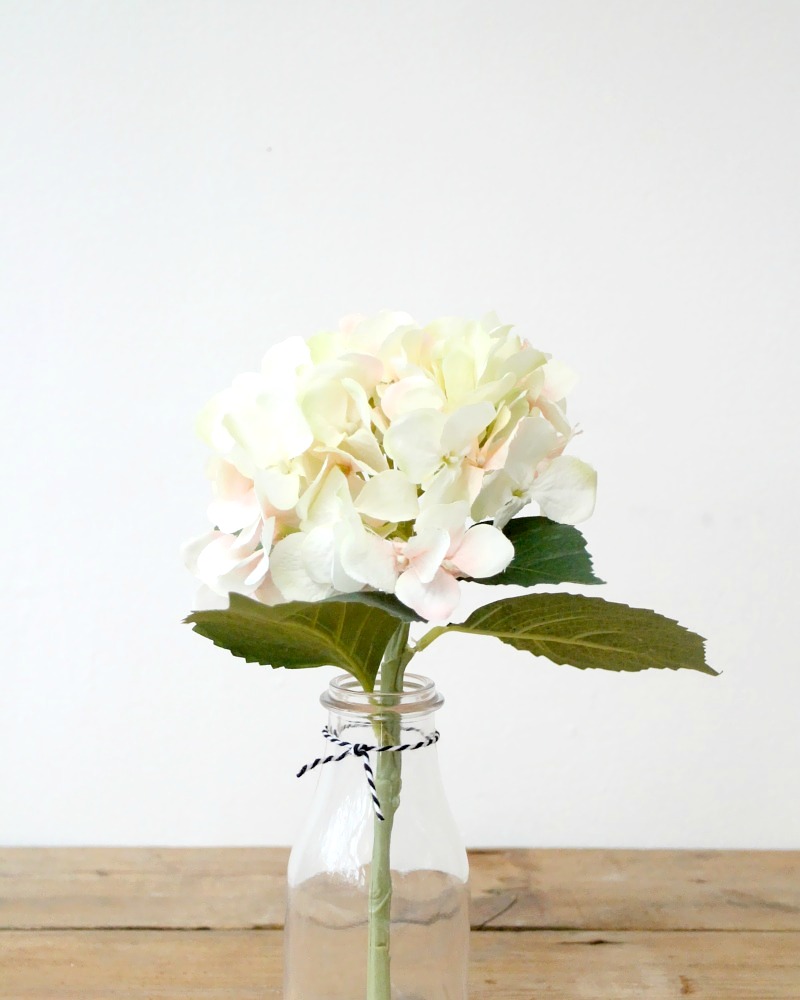 I have to admit, I wasn’t expecting anything half as realistic as I found at Homesense – I guess I’m a faux flower sceptic! As soon as we walked in, I was greeted with rows of containers filled with blooms and foliage; it’s set up to look just like a florist, with flowers grouped together in style and colour, and several inspiring arrangements on display. Prices range from 99p to around £9.99 for individual stems, and whole arrangements cost a little more; I spent £30, and came away with enough to fill several jugs and bottles – in fact, there were quite a few that I couldn’t fit in!

I went with some branches laded with blossom, seed heads, a few different stems of leaves, and a large blowsy hydrangea. Aside from the huge choice, I was really impressed with the details on the flowers and stems; the petals themselves were soft and fabric-like, the stems had all the lumps and bumps of the real thing, and there were even small faux buds on some of them. You can’t really ask for much more in a fake flower!
Styling them was way easier than I was expecting as well – I thought I’d end up surrounded by loads of shards of plastic, flaking glue and visible wire, but there was none of that. I did need a really strong pair of pliers to trim the stems, but they’re widely available and not all that expensive. I do love real flowers, and the fake variety will never replace them in my eyes – but I have to admit, it was ever so nice not to be dripping water or dropping petals everywhere all the time! I also love the environmental factor – I’m not sure how energy efficient the manufacturing process is, but the fact that these will literally last FOREVER is a winner for me, and there’s also the point that you’re not flower shopping ‘out of season’, which is a whole other issue. It’s safe to say Homesense have definitely changed my opinion of faux flowers – give them a go!