I honestly feel like I might need a drum roll for the beginning of this post, accompanied by a host of trumpets, and possibly even a choir joyfully trilling, “hallelujah!” After yet another massive blog-gy hiatus, not only have I managed to string another post together – I’ve actually (drrrrrrrrrrrrrrrrr) finished the ripple blanket, border and all (tsssss – that’s the symbol, in case you hadn’t guessed).

Originally, I was going to sew some binding type tape up the sides, more out of sheer laziness than anything else – I thought it would be much quicker to simply pin the edging, and then nip it all together on the sewing machine than it would to actually just crochet a border. I literally couldn’t have been more wrong – after pinning everything in place, I started stitching, and it soon became pretty clear that it was a terrible idea. For some reason, the tape moved as I moved it through the machine, which meant that it ended up all lopsided and tatty. I then had to spend an entire evening unpicking the damn thing, and then a further two evenings crocheting a proper border. The moral of the story? Don’t try to cut out the middle man, because he’ll come back to bite you firmly in the rear end. 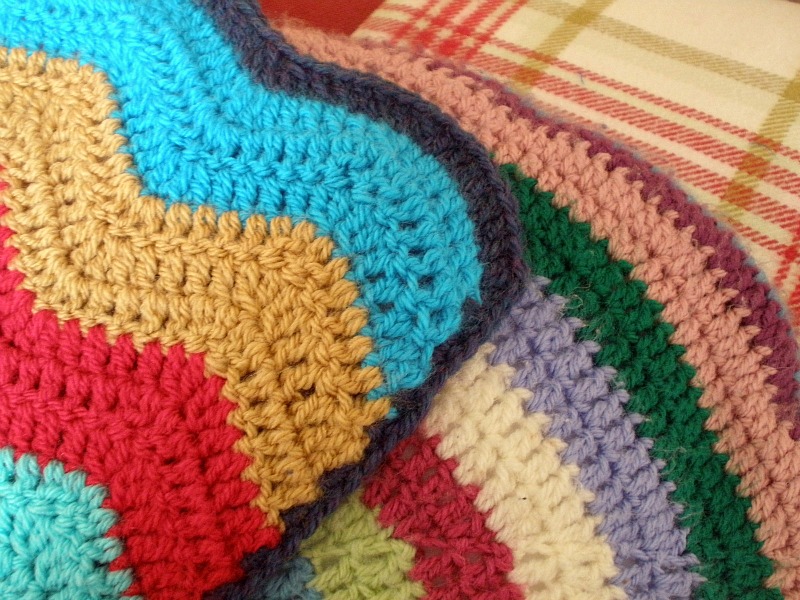 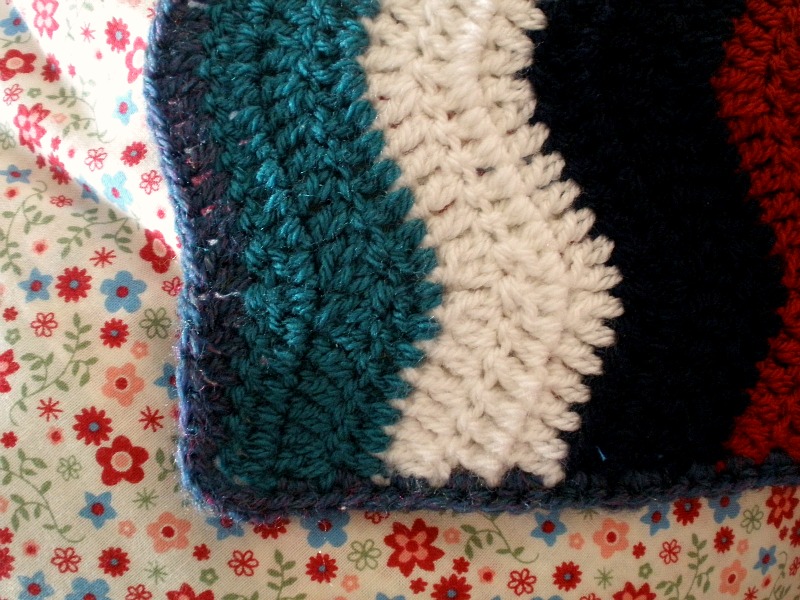 It all worked out perfectly in the end though, and apart from the ridiculously large amount of time I spent on it, I’m really pleased with the whole thing. It’s made from a variety of Stylecraft colours (I know some people turn their noses up at Stylecraft, but it’s not bad at all, and is really the most affordable yarn around – it’s not ‘splitty’ at all either, which is a big plus for me), and is quite soft and cuddly. 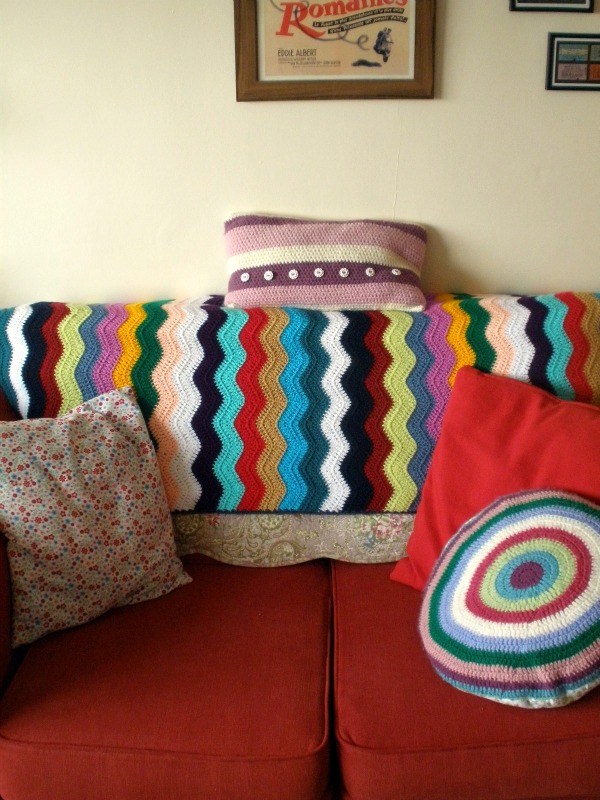 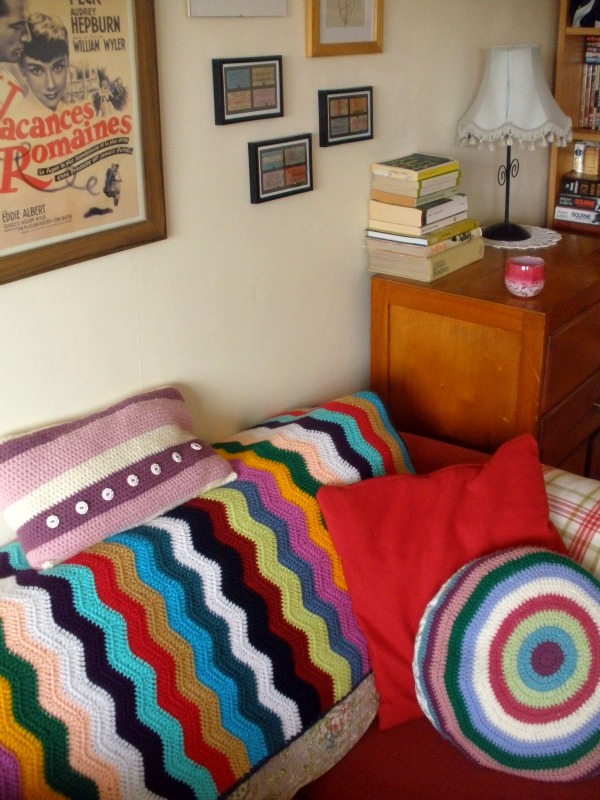 I made it originally to go on the Boy’s bed, but as he’s still in his cot (I’m putting off taking the sides off for as long as possible….), it’s found a temporary home on the sofa – the Boy doesn’t seem to mind, and often runs up to me saying, “Mummy, I lie on my blanket”. What can I say? He appreciates a good bit of crochet! 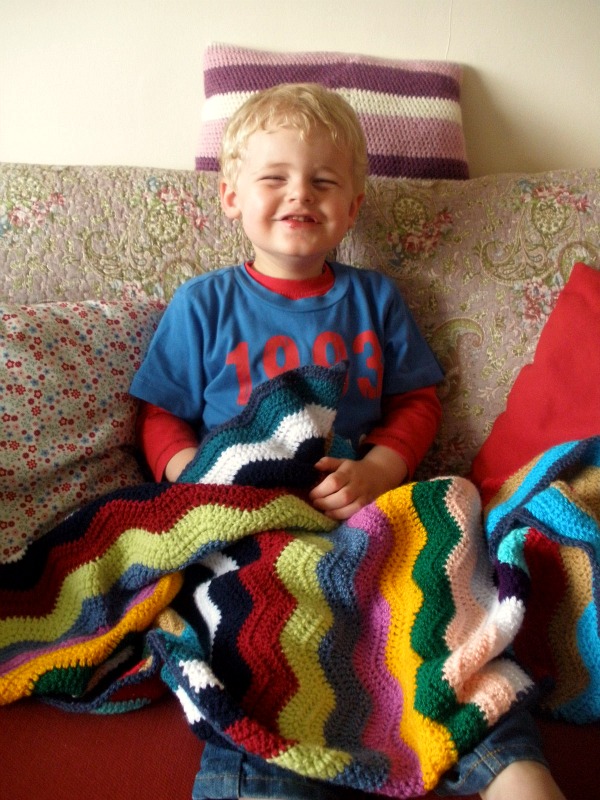 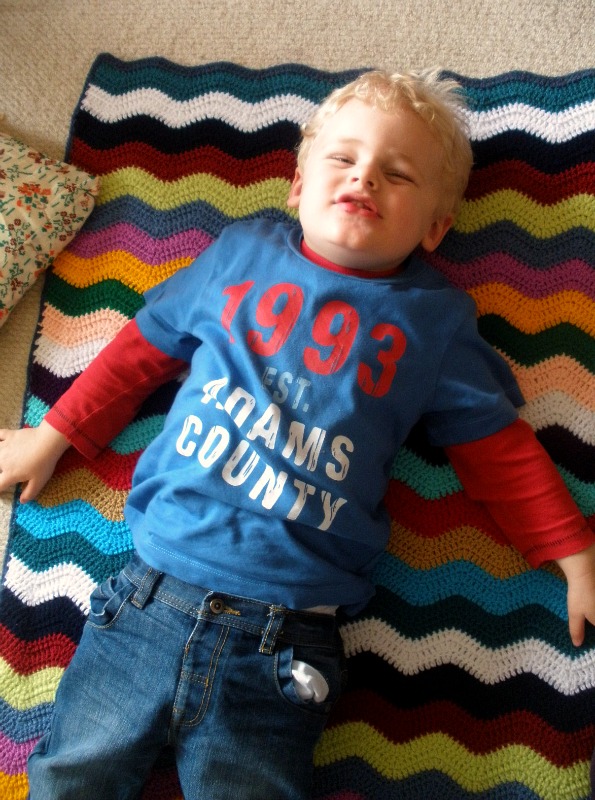