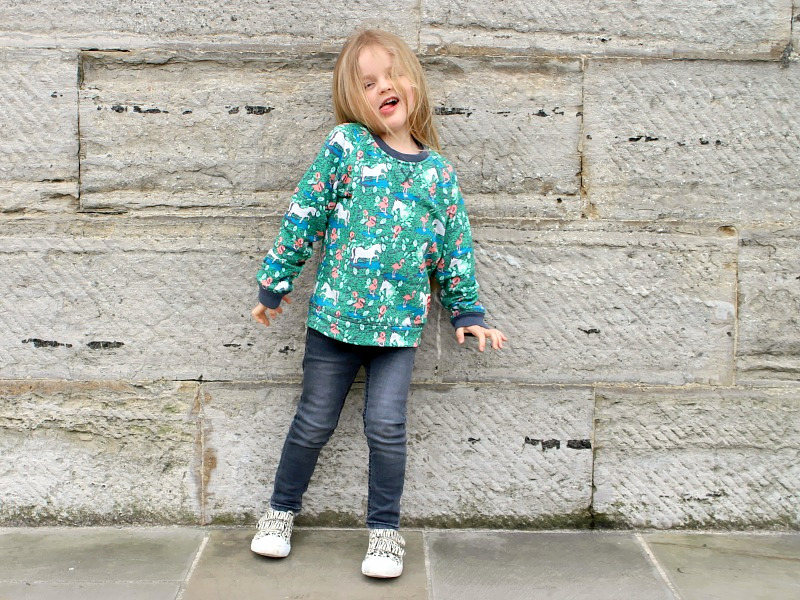 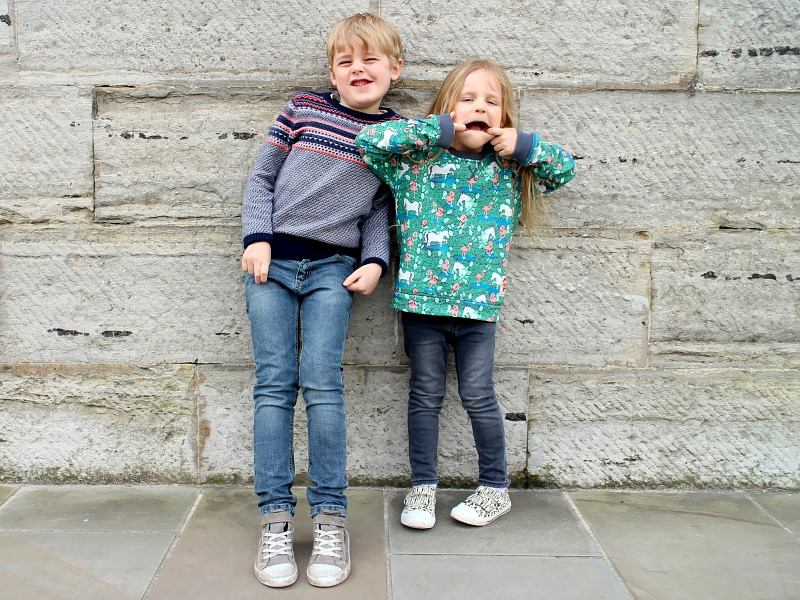 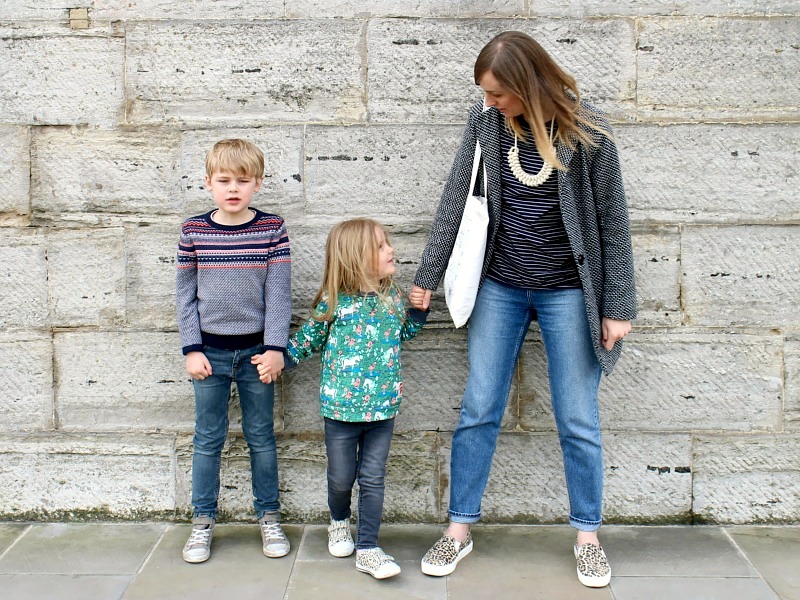 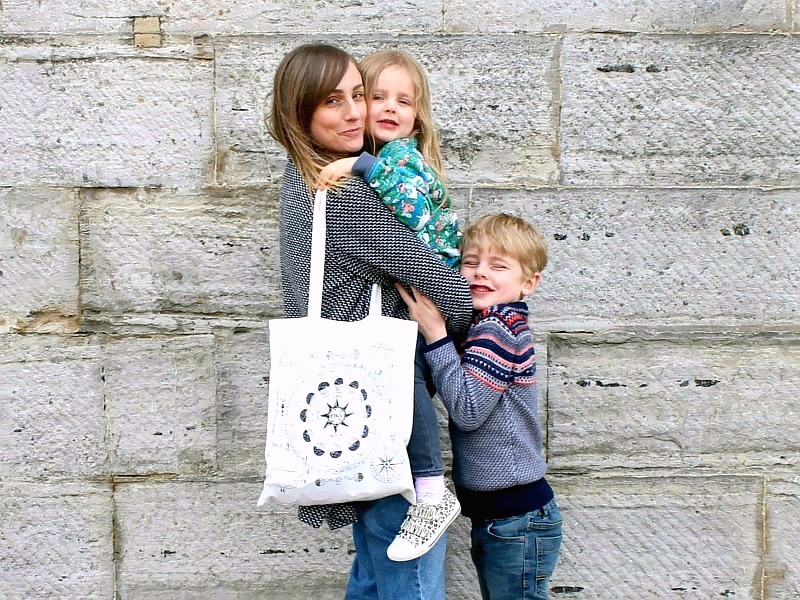 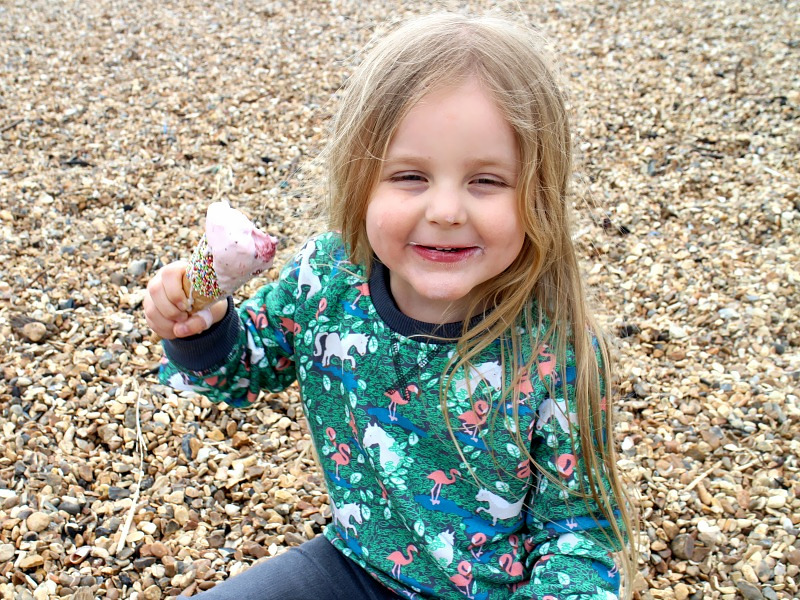 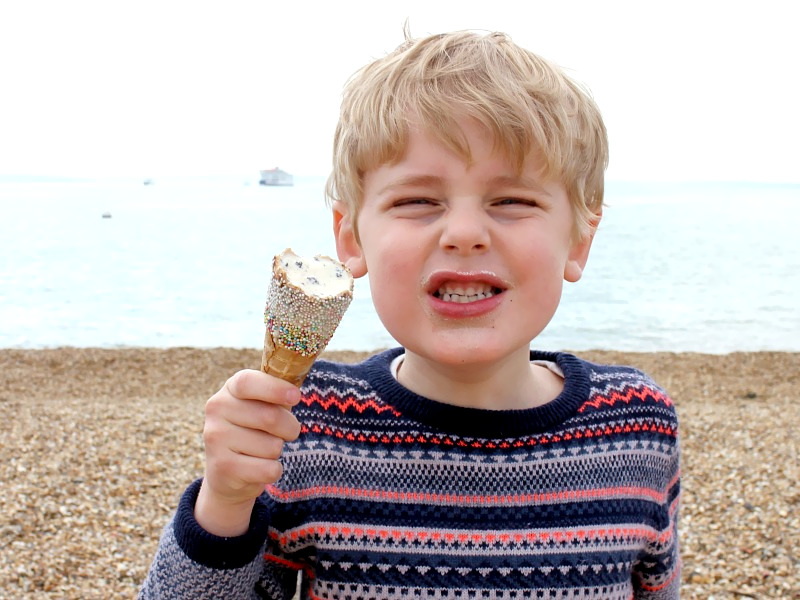 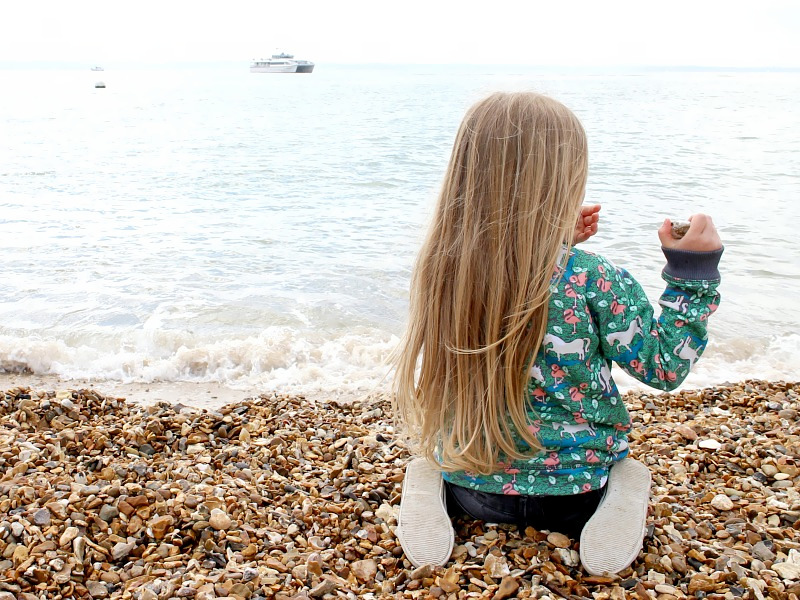 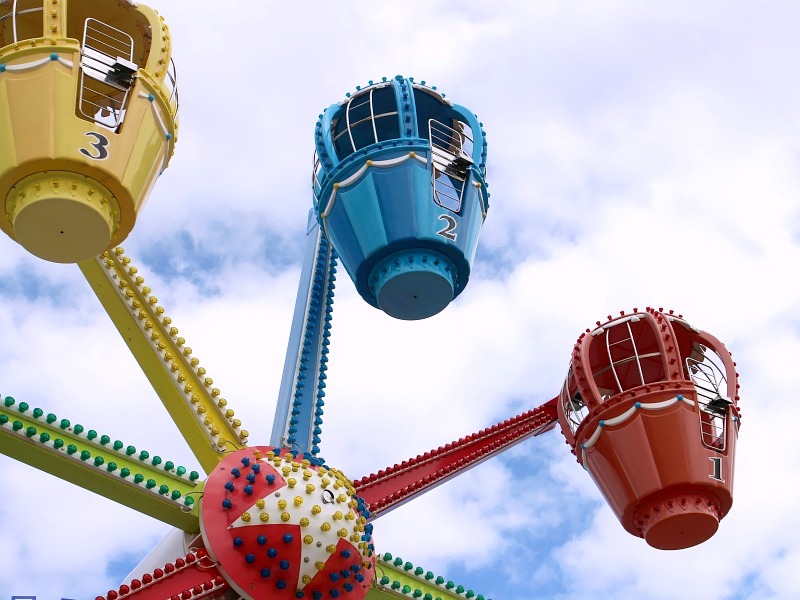 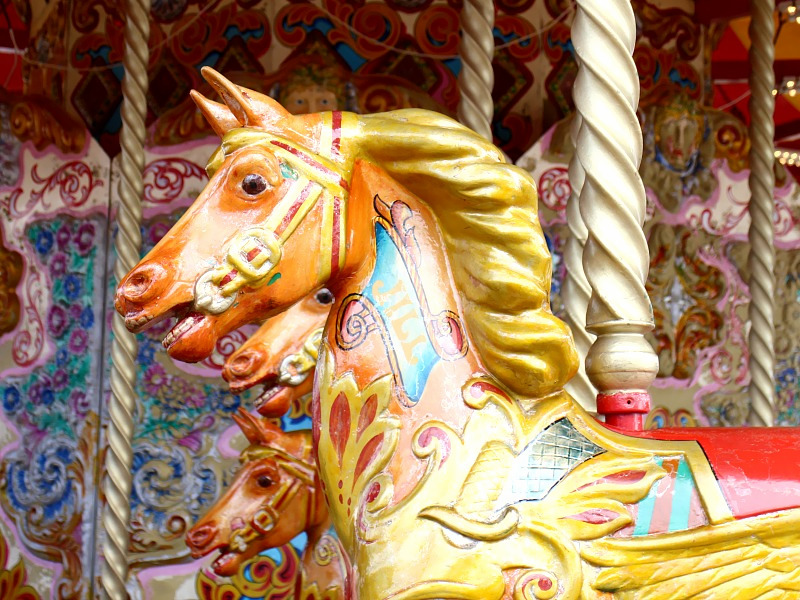 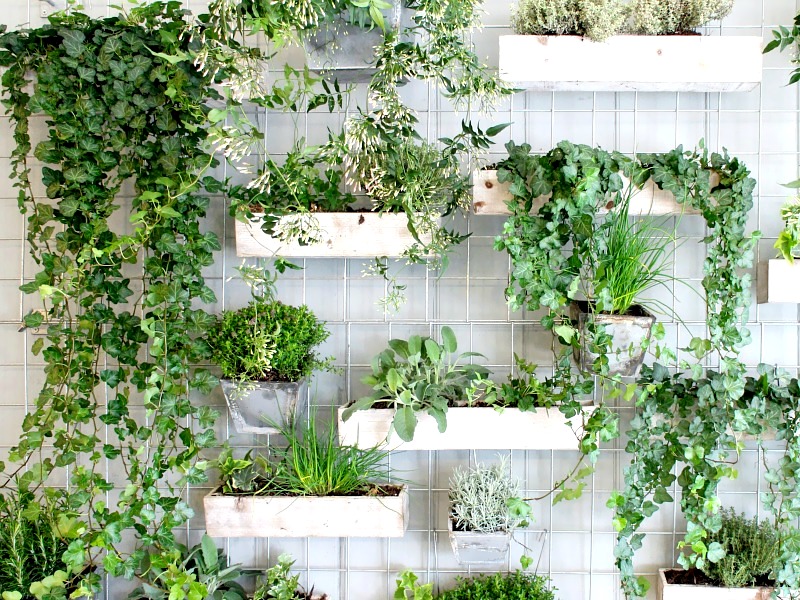 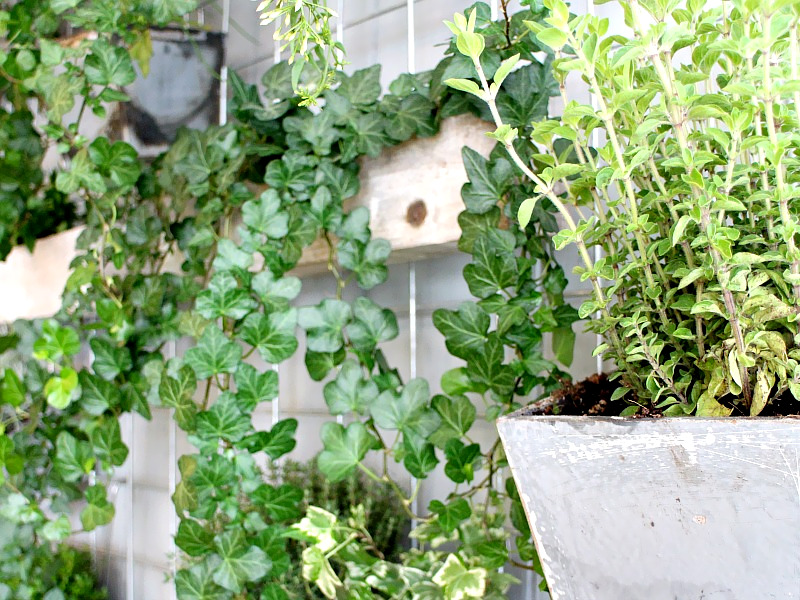 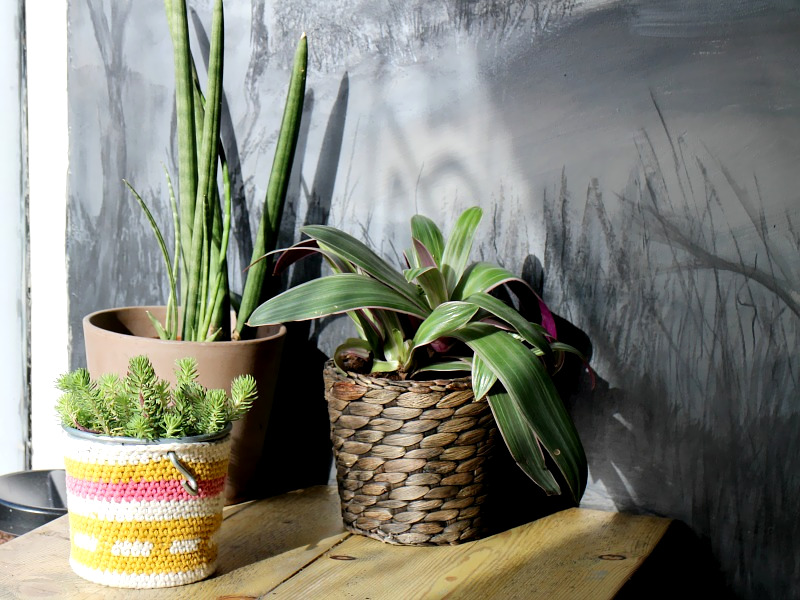 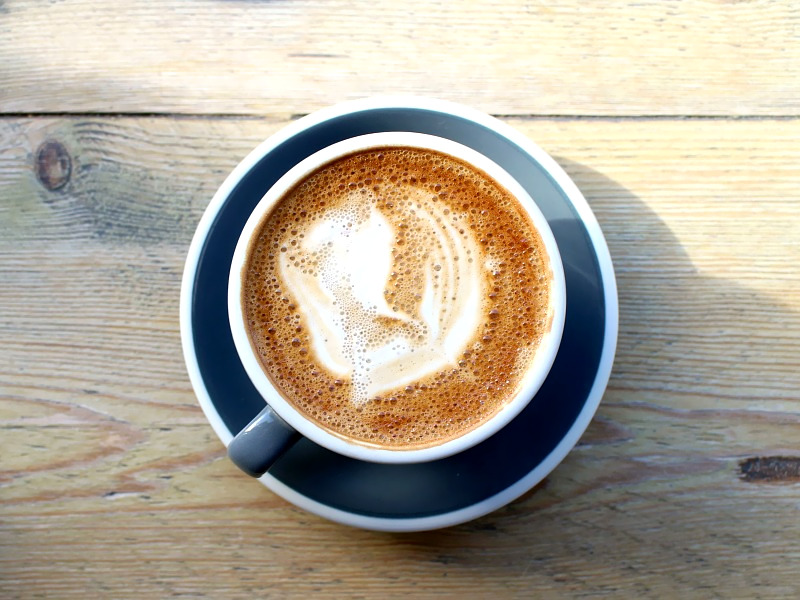 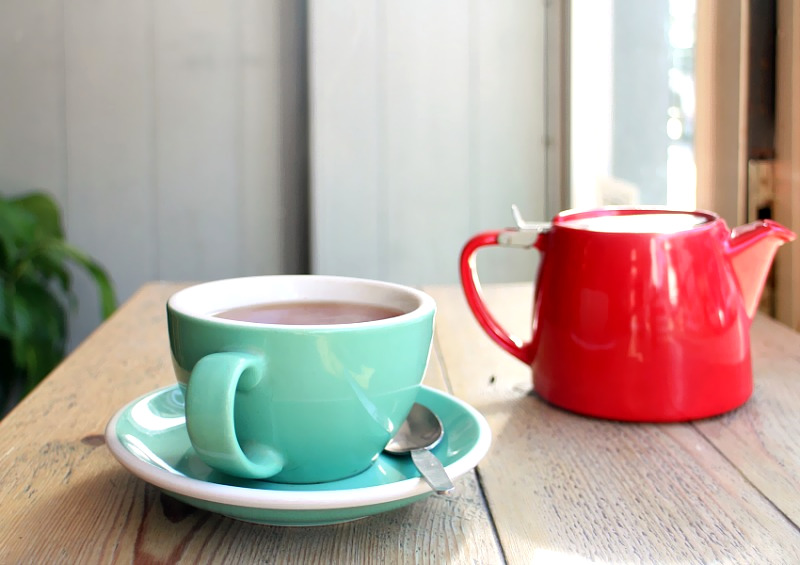 Last Friday was Daisy’s fourth birthday, and we had planned to go to Brighton, but the weather forecast was absolutely grim (I keep looking back at last years photos and it was a heatwave round about now!). We decided in the end to stay local and head off to all of our favourite places instead – which was lucky as we spent half the day dodging heavy rain and hail!

At her request, we ate burgers for lunch, had giant ice-creams on the beach, skimmed stones and waved at the hovercraft, fed two-pence-pieces into the slot machines in the arcades and finished off by riding the carousel in the fairground. Present wise, she had an Elsa dress (God help me), some Duplo, a stuffed cat (the toy variety, as opposed to a piece of taxidermy!), loads of books and some clothes. The lovely folks at Tootsa MacGinty sent her the horse and flamingo sweater in the photos above, which I knew she’d adore – she’s been obsessed with flamingos (she used to call them ‘Mingos’ when she was small, ahhhhh) for ages, and spends a lot of her time either watching My Little Pony or whinnying around the house pretending to be a horse. It’s such good quality, and kept her warm on the beach while I was shivering into my eBay coat – if only it came in adult sizes!

In the spirit of honesty, though, there were a few tears; it’s tough being four, especially when you’re not allowed to stroke every dog that walks past, or you can’t go on the fairground ride that’s too big for you, or you’re full of sugar and tired out and everything is wrong. ‘It’s my birthday and I’ll scream if I want to.’

We did end the day with lots of cuddles and three new stories though, so I think four turned out to be pretty good!

Tootsa MacGinty were kind enough to gift us Daisy’s sweater, but I would have bought it for her birthday anyway. Who wouldn’t?!