If you’ve been reading for a while, you’ll know that I’m hugely obsessed a bit of a vintage fanatic – my wardrobe is made up of 90% pre-loved clothing, and my idea of a great Saturday is a rummage in Sue Ryder, followed by a trip to my local vintage shop. I’ve always been fascinated with history, and I was lucky enough to marry somebody who not only puts up with being dragged round boot sales, flea markets and charity shops, but also feigns an interest when I talk about different periods in history. Which largely means that, as well as looking like we live in a branch of Beyond Retro, I’m amassing a large collection of, well, old stuff. 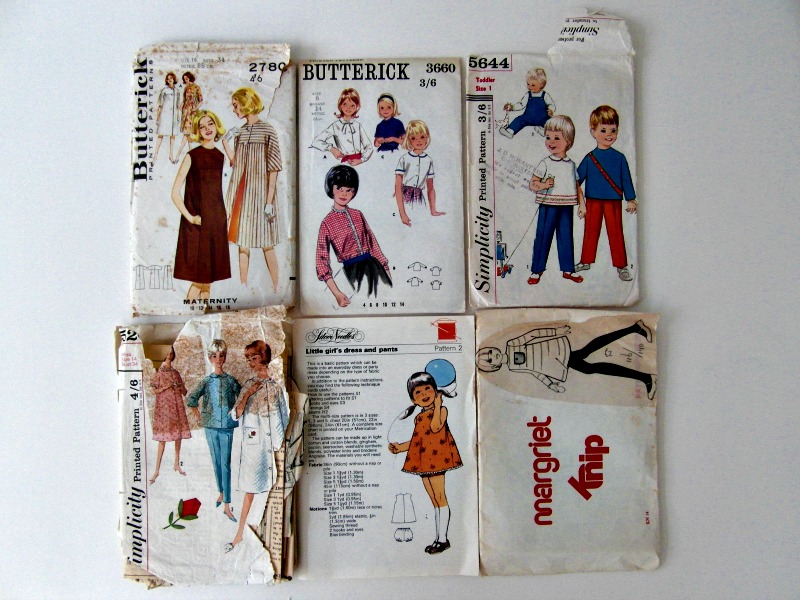 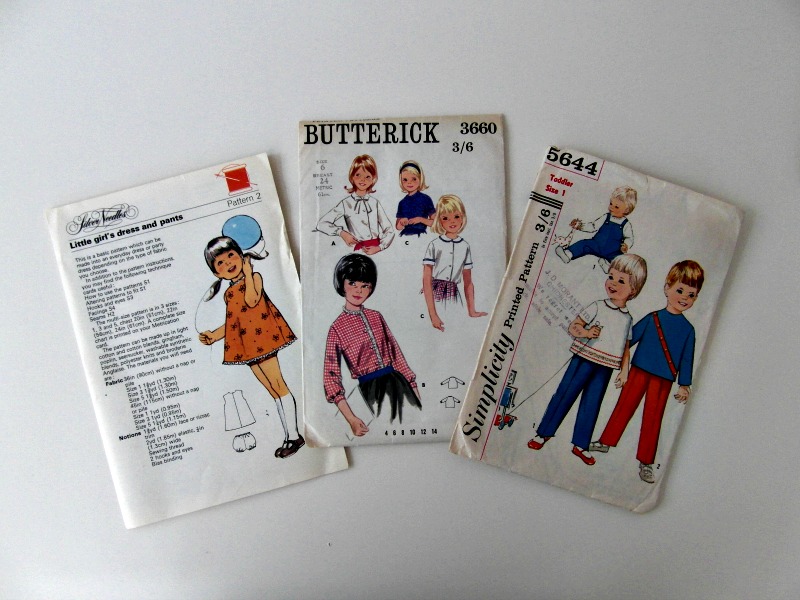 I firmly believe you can never have enough vintage sewing patterns. I buy them with the intention of using them, get them out every now and then and have a look, then put them back neatly on the shelf. Then about a month later, after I’ve found more old fabric from somewhere, I repeat the whole process. But the childrens patterns are just too adorable – those collars! – and so I’ve got high hopes that I’ll actually get round to making some of them for Daisy. 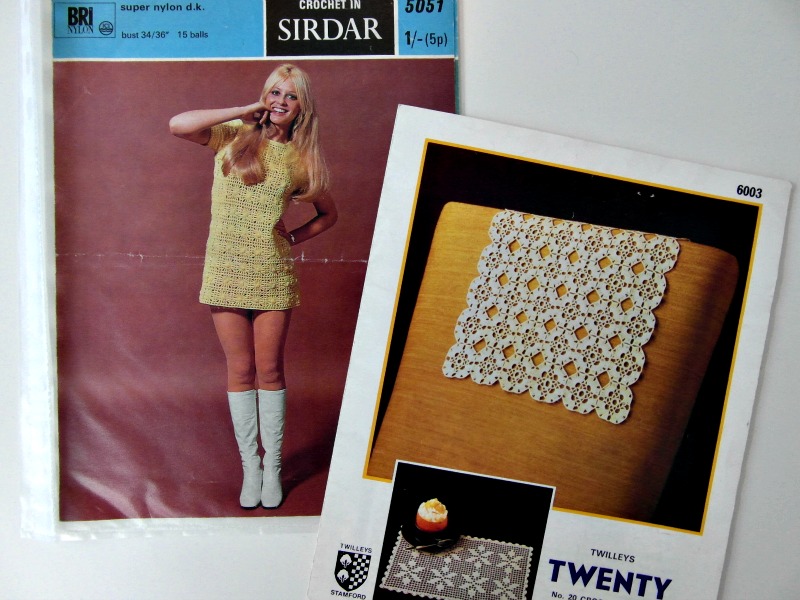 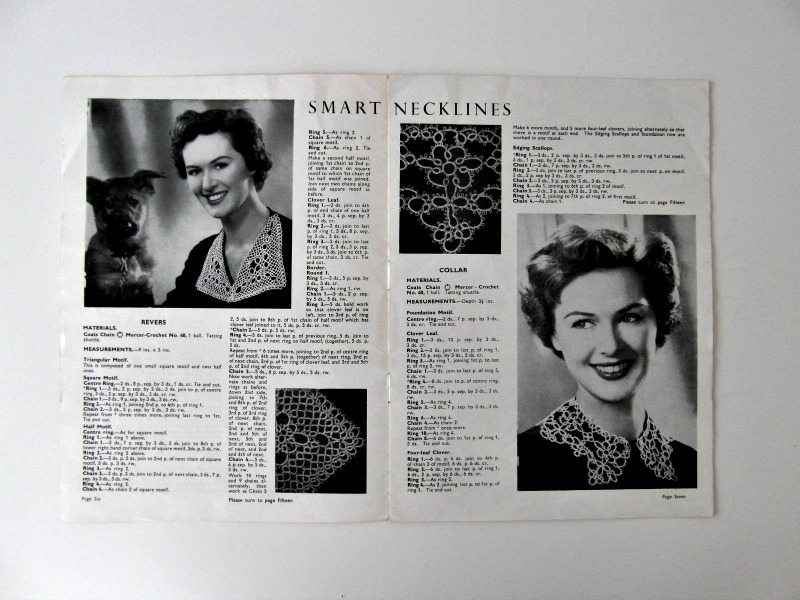 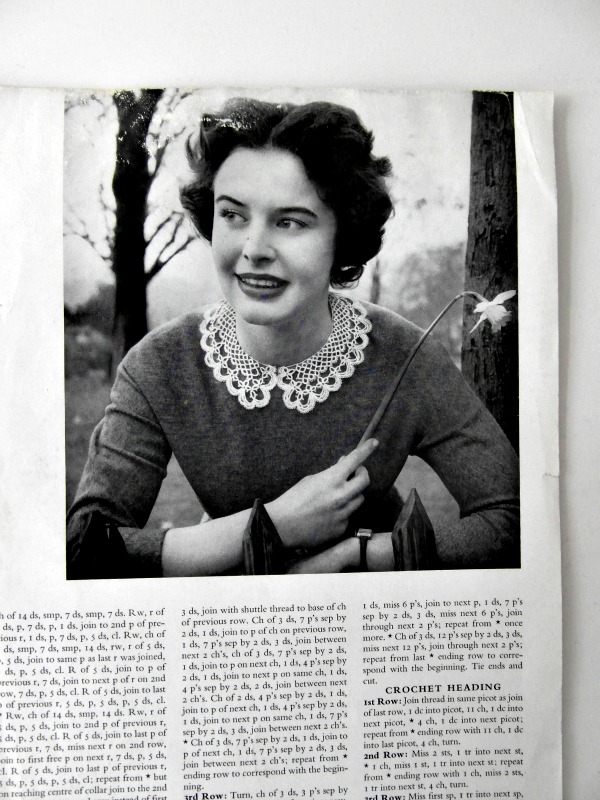 These are all vintage crochet and tatting patterns, ranging from the 1940s onwards. I can barely fathom what ‘tatting’ is, let alone how to do it – from what I understand, it’s something involving a shuttle and some incredibly fine crochet thread, which would take me forever and leave me beating my head against the wall in frustration. I found them all in my local charity shops (hello, Salvation Army Waterlooville branch!) for pennies, and love the photos, particularly of the glamorous ladies with set hair and rather fetching lace collars.  I think one of the best bits is the price label on the front of one of them – one shilling and sixpence!

As well as old patterns, I also collect old photographs. The Husband finds this a bit odd, because I literally have no clue who they are, but I just find them fascinating – they’re primary historical information, and a great source of inspiration. I don’t really see the difference between individual photographs and a history book – pictures are pictures, after all! The nosey parker in me is desperate to know who these people were, what they were doing, where they lived, and who took the photograph – that’s what I love most about history, it’s like a huge detective novel with no ending. 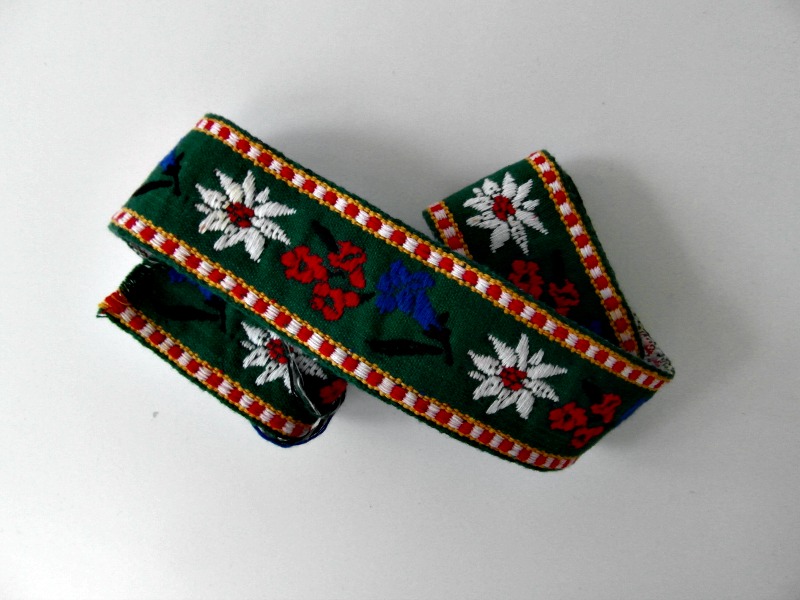 As well as sewing patterns, I’ve got a habit of picking up vintage and retro fabrics and trims, with the grand idea to make them into something beautiful or useful. What actually happens is that I then can’t bare to cut them up and they sit on the shelf with all the other fabrics, rescued from charity shops and eBay sales all over the country. This particular trim came from Poot, a vintage shop in Frome that I wrote about here.

Tune in next week for another post on ‘crap-I’ve-bought-that-we-don’t-have-room-for’.