The last clothes related post was a whopping six months or more ago (how has it been that long?!), when I was in the last weeks of pregnancy, looking like I’d swallowed a beach ball and feeling pretty much the same. Since then I’ve either a) not managed to get out of my pyjamas b) worn only a hoody and sweatpants c) worn clothes covered in baby sick or d) been skinnier than a skinny thing while I battle anaemia. I’ve been feeling pretty poorly, and am eating iron tablets like they’re going out of fashion – at my worst, I had no appetite, would start to pass out on standing and looked, as a friend described me, ‘gaunt’. I’m feeling a little better now, and in honour of the chillier weather and new season, had a rummage through my wardrobe (many, many things to be sold off) and dug out my beloved coats.

I’m in love with this coat – it looks really vintage-esque, but isn’t at all, I got it from eBay and it originally came from one high street shop or another. I have an endless problem with buying clothes – I want to limit my effect on the planet as much as possible, but without looking like I’ve dressed in an old hemp sack. I also don’t want to spend a fortune doing it. My main answer is to buy second hand high-street clothing, meaning that you get the style of clothing you’re after, but without making such an impact on the planet – hurrah! 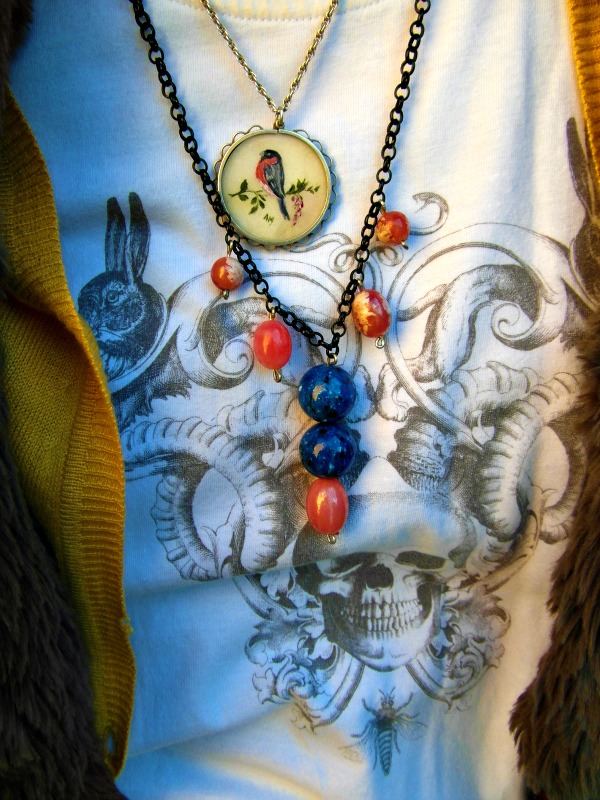 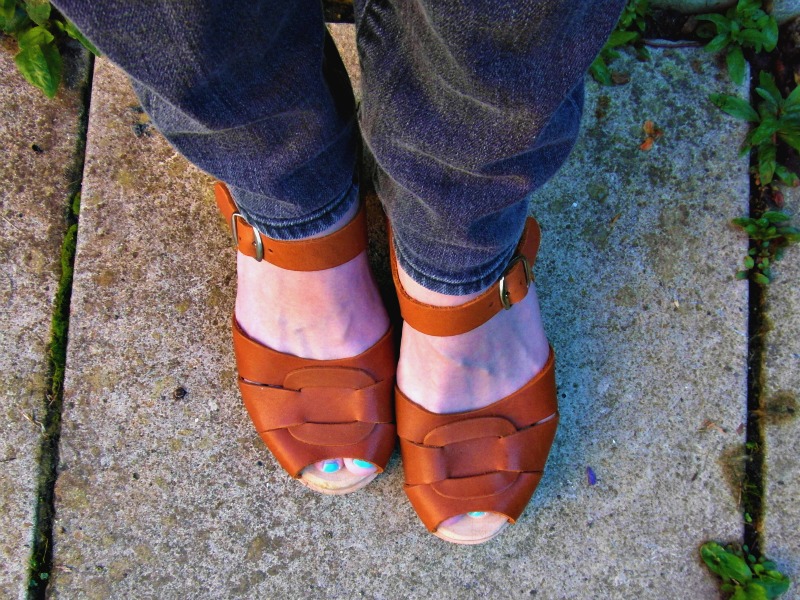 I also rediscovered my boxes of accessories, and had a hard time not wearing everything at once, a la Mr. T (I pity the fool who wears ten necklaces), but in the end went for the hand painted vintage pendant from a charity shop, and beads that I upcycled some time last year. On my feet are my beloved Lotta tan clogs – I’m trying to decide on a new pair for Autumn, and so far I’m torn between the forest green or red Mary Janes and the blue peep toes. 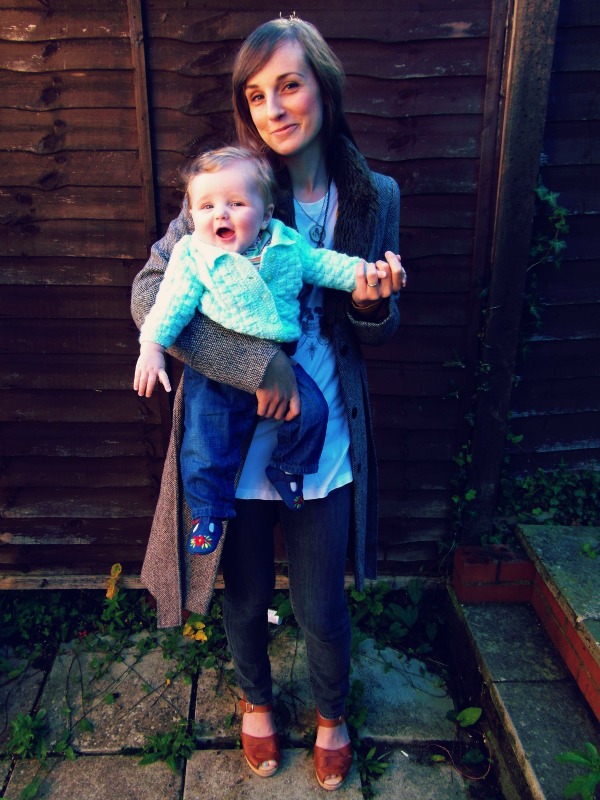 I don’t usually feature the kiddos in outfit posts, because Benjamin wears the usual uniform of jeans-tshirt-sneakers-hoody, and Daisy usually wears something-and-leggings. This particular day, though, Daisy looked so adorable all squished in her knitwear that I had to grab her. The dungarees are from eBay, the shoes are from Mothercare, and the cardigan was knitted by the Husbands mum. Can’t beat a bit of handmade goodness!