Usually, a project takes me a couple of weeks, even with a toddler on the loose, but since Daisy arrived all my spare time is dedicated to sleeping, naps and snoozing. Having two children is incredibly exhausting, much more so than I ever imagined (especially when the toddler has decided to throw tantrums over absolutely EVERYTHING), and I have a new-found respect for parents of families with three, four or even five children. Hats off to you, I have no idea how you stay sane!

So I was left feeling pretty darn pleased with myself this week when I finally finished the yellow bobble cushion – all I had left to do was to sew on three buttons and make the loops from chain stitches, but there just never seemed to be time. Two weeks later…. it’s finished! Drum roll please….. drrrrrrrr……. ta dah! 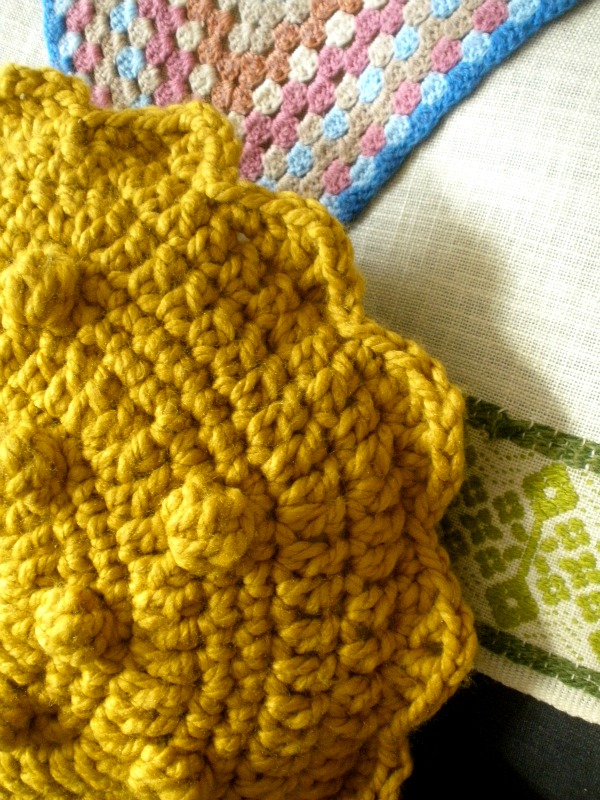 The fastenings that took what seemed like forever to get done were ever so simple – literally just three buttons sewn on to the back, and three corresponding loops crocheted onto the front, made up from six chain stitches. There is a bit of a gape, as you can see in the picture below, but hey, it’s the back, and nobody can see it! 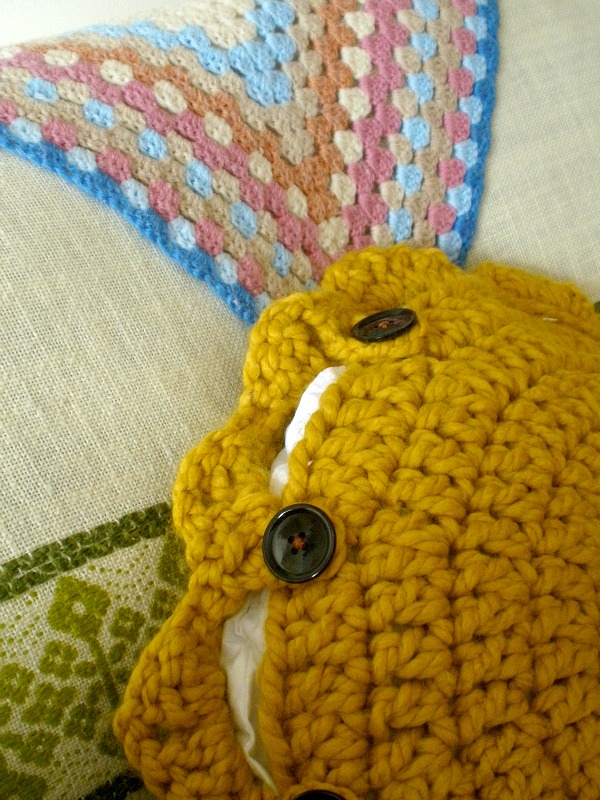 This was the first time I’ve ever attempted to make up a pattern, and man alive, it was hard work – frogging, unravelling, swearing, sighing… I did the lot. But I’m so glad I stuck at it; there’s something incredibly satisfying about working from your own initiative and knowledge (crochet is the only thing I’d say I’m really proficient at!), and I really think that there’s nothing that validates your craft skills more. Now all I need to do is try to remember exactly how I did it, so I can write the pattern down and share it with you all! 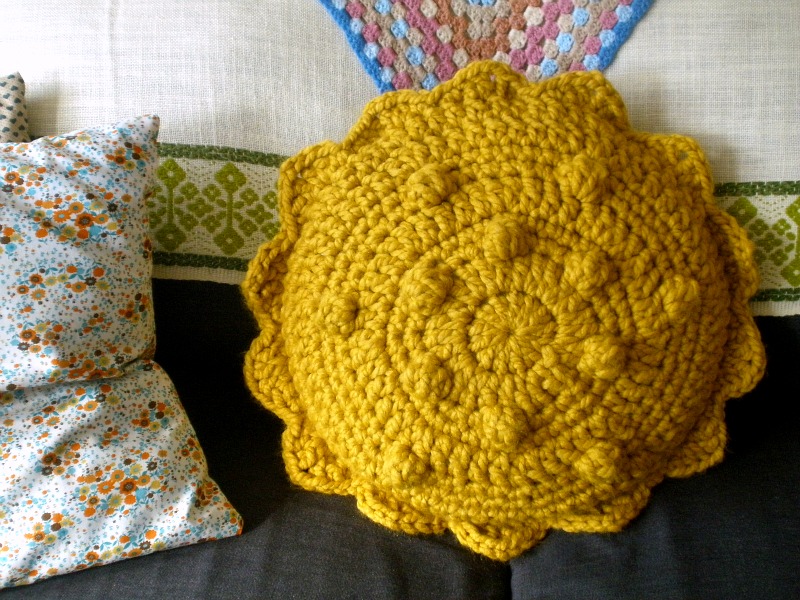 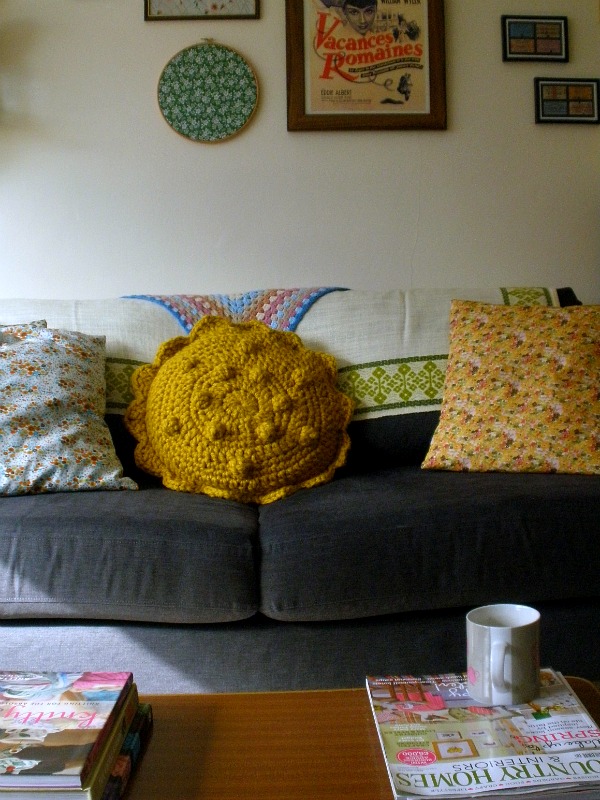