The internet, blogs, Twitter and Facebook (not to mention every TV channel apart from Challenge) have been rammed full of Jubilee coverage this weekend, and we’ve joined in with…. absolutely nothing. I’ve been loving our Sleepy Wrap (now called the Boba wrap), and there was a bit of this: 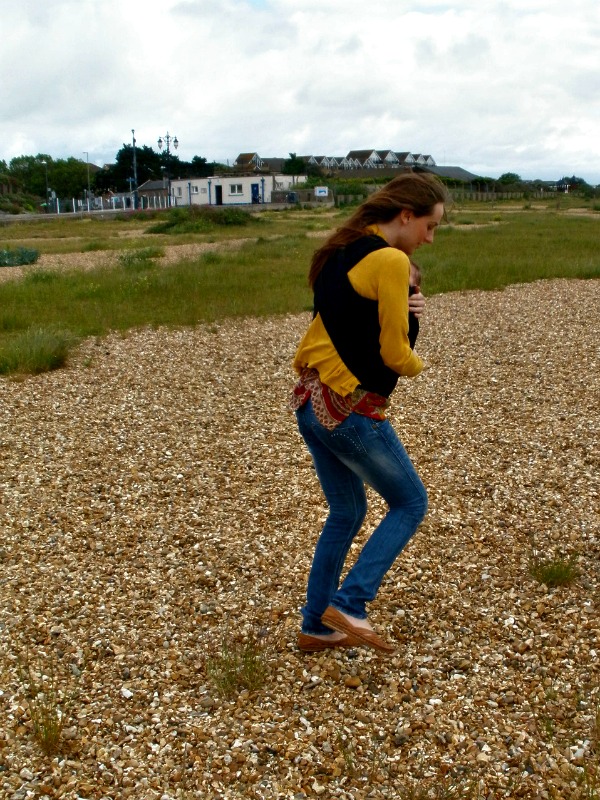 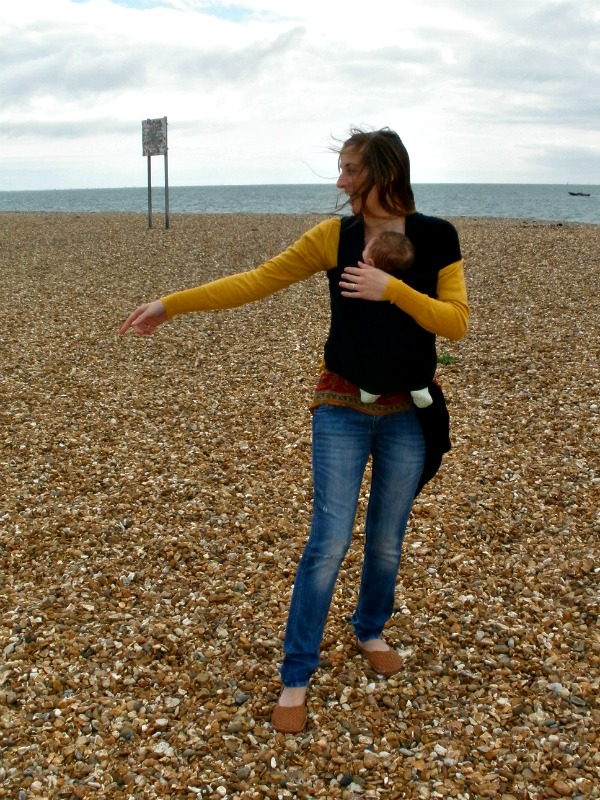 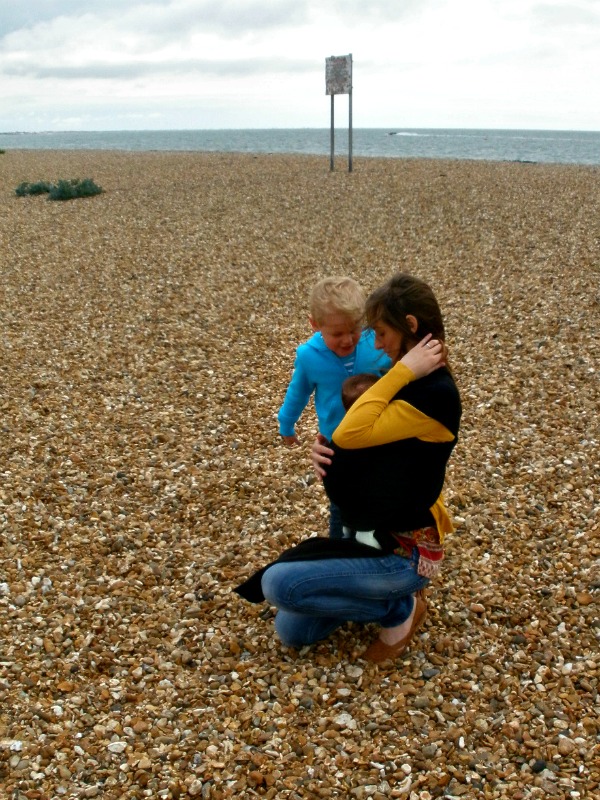 …and the boys did a bit of this… 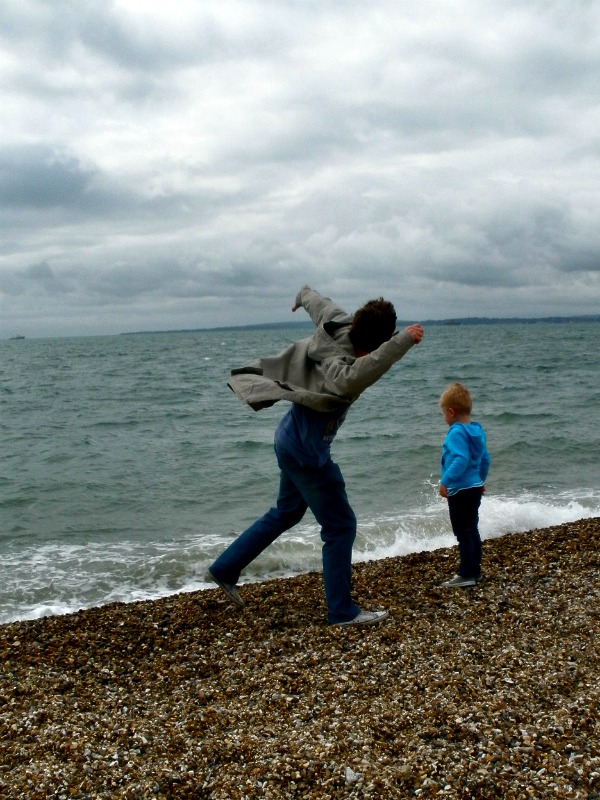 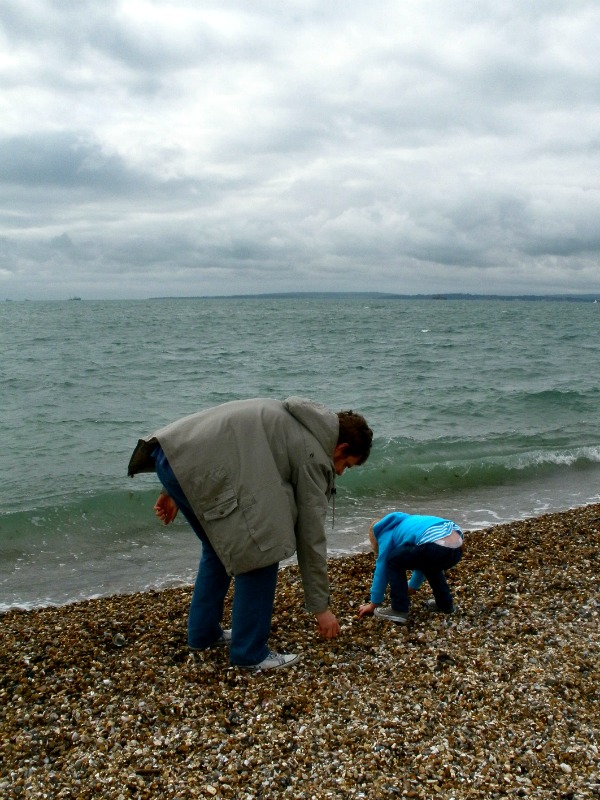 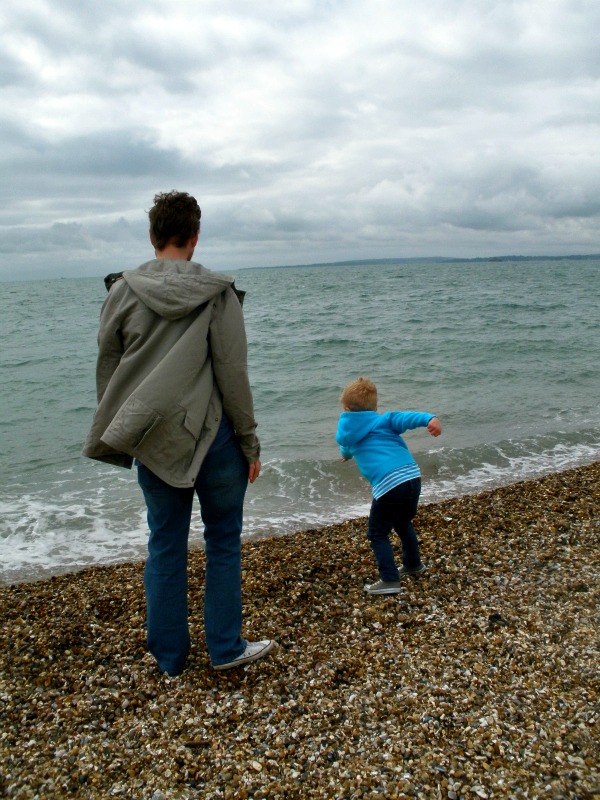 We admired some beach huts, and I found it hard not to be scathingly jealous of the family who were gathered in one. (I’ve heard that they can go for up to £60,000…. insane, no?!) Portsmouth isn’t great for independent shops and cafes (there are some, but not within walking distance of where we live) but I do feel pretty lucky to be only a few minutes drive away from the sea in one direction, and the country in the other. And our house, which I now lovingly call ‘The Shithole’ is surrounded by loads of trees and is probably as close to living in the country for now as we’ll get. 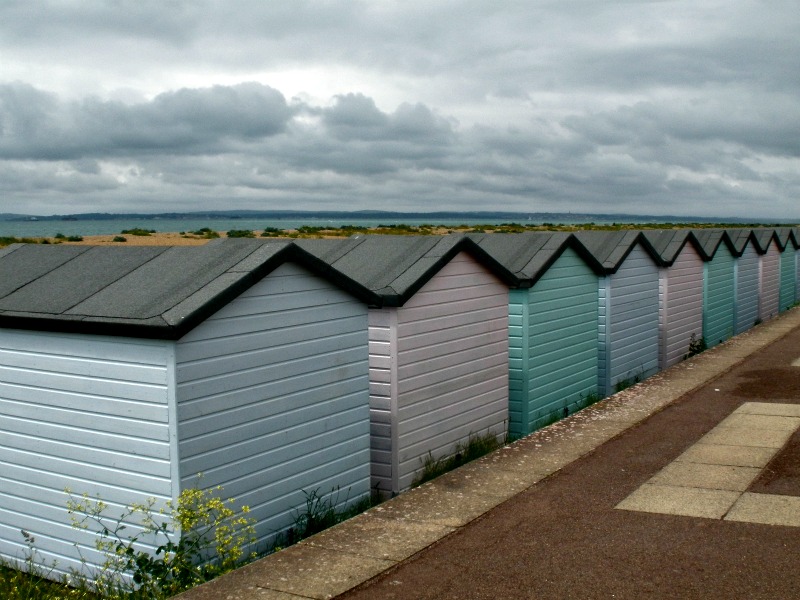 I can’t describe how good it was to get out in the fresh air, away from rotting walls and faulty electrics, in clothes that didn’t reek of white gloss paint. To just wander about, throw some stones and then spend a good half an hour wandering through Waterstones. (I usually buy on Amazon, but was too impatient to wait – I’d love to have a good, local, independent book shop to go to – set one up, someone?) I bought books for my Mum and the Husband, and two for myself – a fiction novel, and Cupcakes and Kalashnikovs, which I’ve read amazing things about. When I skimmed through the list of women writers who were included in the anthology, I got a bit excited to see the names of Daphne Du Maurier (one of my favourite authors), Nancy Mitford, Sylvia Pankhurst, Naomi Wolf and Zelda Fitzgerald on the list. There’s nothing better than that excited feeling you get when you open the cover of a new book, and realise it’s going to be a good one.

I’ve been working on the crochet blanket as well – Benjamin (I’ve decided from here on out to call him by his actual name – I used ‘the Boy’ when I first started blogging and wasn’t sure just how much about my life I wanted to reveal) goes to bed at 7pm, and Daisy has already been fed by then and usually sleeps until 9pm (honestly, I still have to pinch myself when I think about what an easy baby she is – I was expecting a repeat of the first time, but it couldn’t be any more different!), so I’m lucky enough to have a couple of hours to read, or crochet or whatever. I love, love, love this stitch – it’s so addictive, just a double and two trebles into the same stitch, and you’re away. 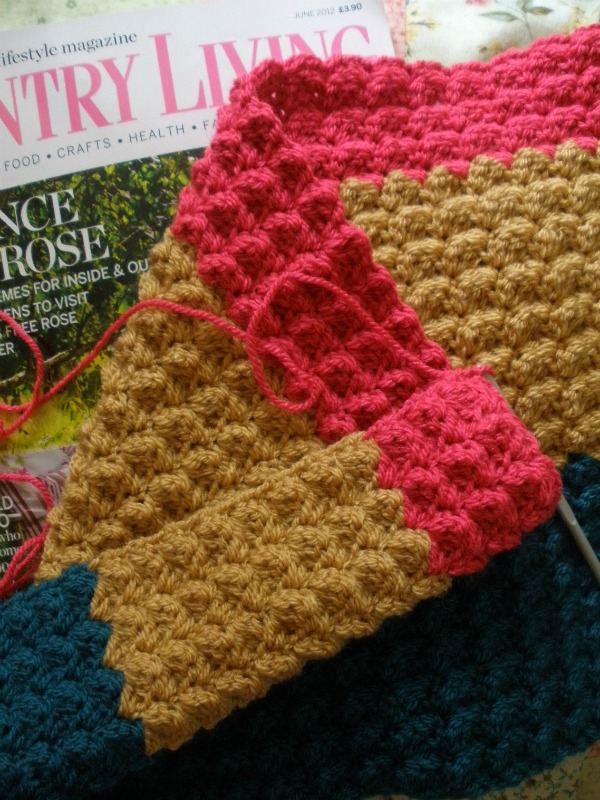 I’ve been watching far less television lately, instead reading more and more blogs and online magazines. I’ve stumbled across some great feminist blogs (it’s more about equality and fair treatment than burning bras these days, fact fans – I’ve always harped on to the Husband about how we split everything fifty-fifty, that I don’t expect to be a ‘kept woman’ and that I’m more than just someone who irons shirts and makes casseroles), and I really enjoyed this article on ‘outlaw mothers’ found via the great Lulastic blog in this post. I’ve been reading up on activism as well, and am thinking about joining in with the Craftivism Collective’s summer project of tomato jam and hand stitched lids, to support Oxfam’s Grow campaign. I’ve never made jam before and have wanted to try for ages, so this would sort of kill two birds with one stone, plus it’s for a great cause. Waste is something I plan on seriously tackling once we get sorted – that and aiming for a more vegetarian diet. Over the last few years I’ve eaten less and less meat, so now I just need to get my boys involved and Benjamin doesn’t seem to be a great meat eater anyway (unless it’s bacon!) I’ve been dying to try out my River Cottage Veg Everyday book, and I’ve got a couple of Ottam recipes bookmarked, nom nom nom.

The house is coming along – I planted out our lavender and sunflowers today, and it turns out that the previous tenants had left a carnation plant,a peony and a fuschia tree. And, more oddly, some wheat and barley – fresh cut flowers and homebrew, anyone?